One morning Anna’s pajamas were half-on. (Ok, so sometimes/all the time after a diaper change we don’t bother to wrestle Anna back into her clothes. Whatever, we get the important part taken care of.) Somehow this transformed into a game where Thomas was holding the legs of her pajamas and pretending she was a dog that he was taking on a walk. 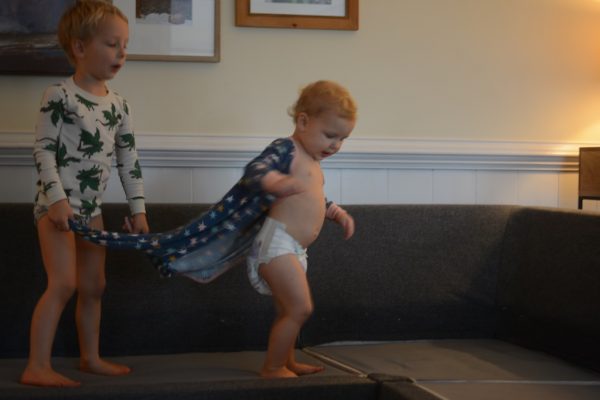 While I sometimes side-eye my kids when they’re playing that one of them is a dog and the other is the owner, in this case she was barking and laughing, he was running and laughing. It seemed to be a mutual arrangement rather than the “crawl on the floor while we order you around” situation I worry about. 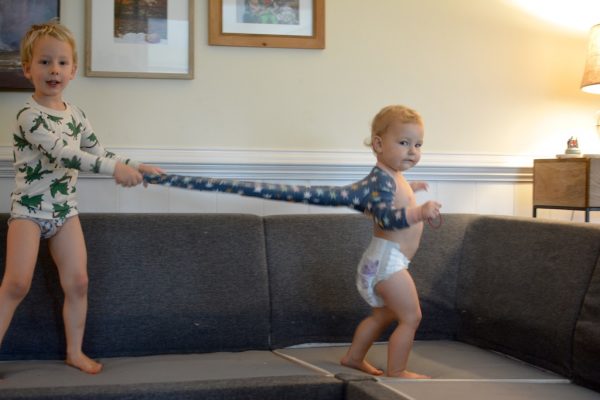 As a side note, I’ve noticed in the past few weeks that Thomas and Anna have really forged a friendship this year. At first, when the big kids would go off to school, Thomas and Anna would sort of parallel play or ignore each other. Thomas is naturally pretty independent, and he’s used to being bossed around by the big kids. Plus, until recently Anna was barely old enough to really play. Unlike David and Mary, who seemed to play and fight as soon as they were even a little bit capable, it took Thomas and Anna longer to figure out their own, unique relationship. It’s not perfect, as nothing between siblings is, but it’s really sweet.

Back to the game — Thomas and Anna were jumping on the couch (which is technically not allowed, but sometimes I choose to look the other way if it means the kids are playing together). 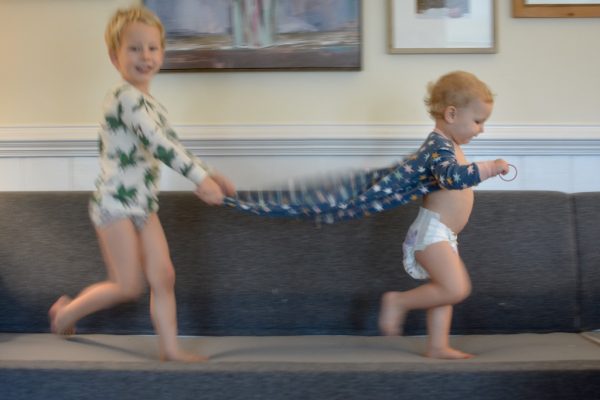 “Mommy!” Thomas exclaimed. “Anna is really good at being a dog! Maybe we should keep her as one!”

Eh, I’d never seen her shrieking with laughter when we were doing any human things, like buttoning jackets, sitting in strollers, or being strapped in a car seat. Maybe he had a point? 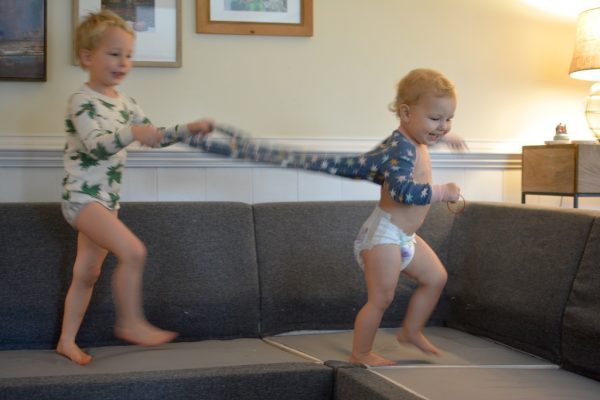