If you follow me on this blog or Facebook or Instagram or have ever happened to drive past my house you probably know this: Thomas doesn’t love clothes.

I dress him every day, sometimes more than once, and he always just takes them off. We have requirements about clothes that Thomas begrudgingly complies with. For example, I don’t make him wear pants to the bus stop, but he has to wear a shirt and underwear. At home he reverts to the bare minimum. He can disrobe so much faster than I can dress him, and he usually does  it in the driveway before going inside.

I assume (hope!?) Thomas eventually will grow out of his aversion to clothes. But for now I don’t bother about it. He has created his very own dress code that is indicative of who he is. Just like his long hair used to reflect his personality — wild and unrestrained — I will forever hold the image of him running through the yard in a pair of Spiderman underwear and rain boots as the picture of his childhood.

Also, IMAGINE the laundry it saves me! 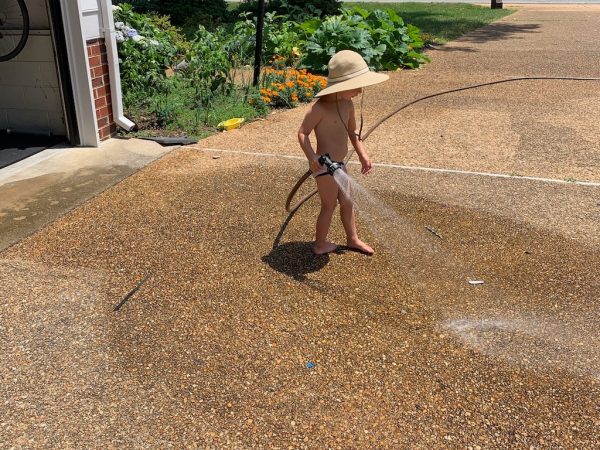 And since taking his clothes off is Thomas’s unique superpower, you’ll understand why it’s such a shock when he can’t manage it.

One afternoon I was getting the kids ready to go swimming, and if there’s any time that I could use an extra hand or five, this is it. Four kids in four different directions that all need bathing suits and sunscreen. And as I type this I can’t believe there aren’t more things they need because it FEELS like I’m doing a lot more.

I was helping one kid get into their bathing suit while Thomas took off his clothes. I noticed him wrestling with his shirt when he suddenly let out a loud UGH!

He was flopping around like one of those inflatables in car sales lot. His collar was stuck on his forehead and his hands were still in the sleeves, suspended above his head. 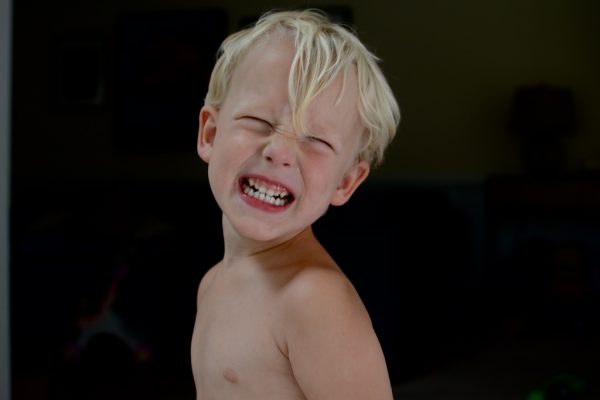 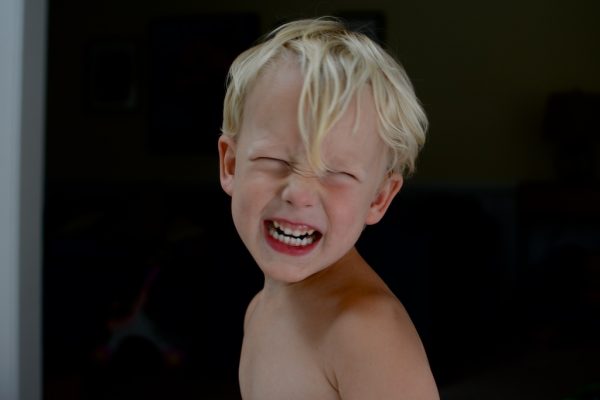 (Thomas wanted his hair in front of his face because he thinks it looks extra silly like that.)