Eight awesome cousins, together for the first time since 2019. 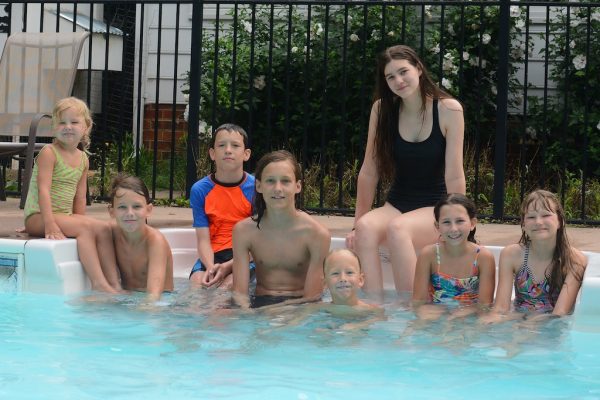 For anyone that’s a long time, but for a kid it’s a loooooong time.

It is, without exaggeration, 3/4 of Anna’s entire life. A looooooong time. 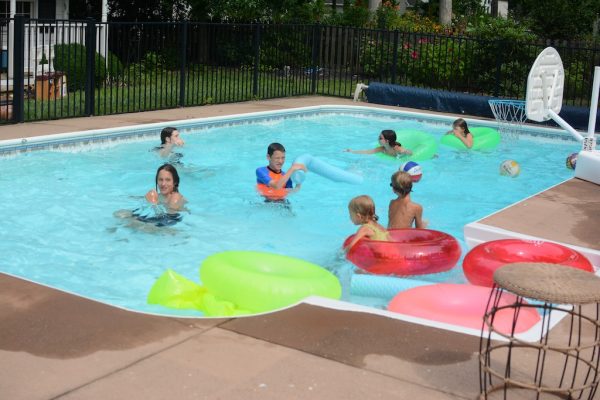 When your cousins live in a different country, you do get a little used them being away. But I think we can all agree that three years is a little excessive. 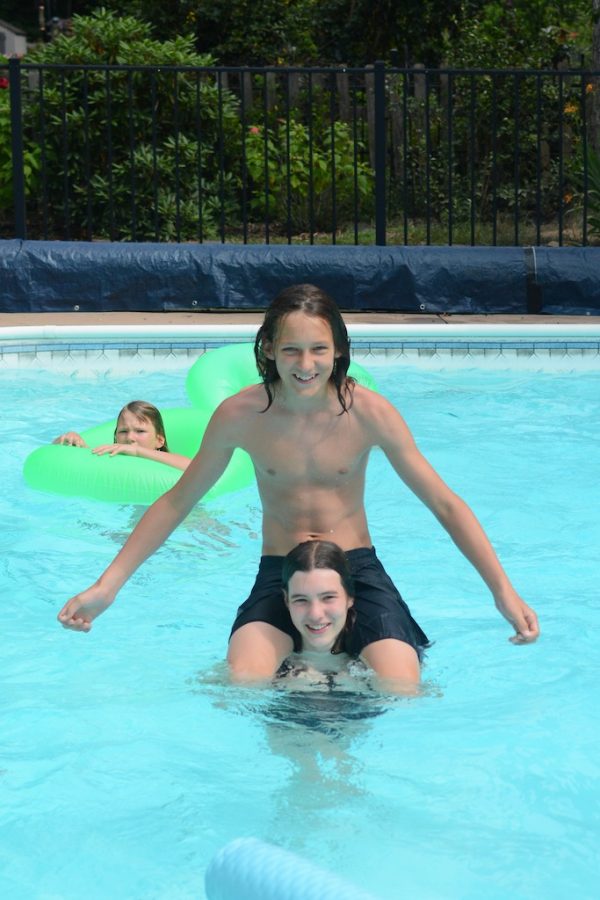 Every time we see them, I worry that it’ll be awkward. Maybe this is just my version of self-protection, but I tell myself that it might not be incredible this time. Maybe the kids won’t play well together — after all, it’s been THREE years. I worry that the kids have gotten too old to just accept each other without question and play. I roll around different versions of “it’s been too long, the kids are too old, just prepare yourself this time.”

In fact, every single time I’m MORE wrong because it seems the kids have MORE fun the older they get. 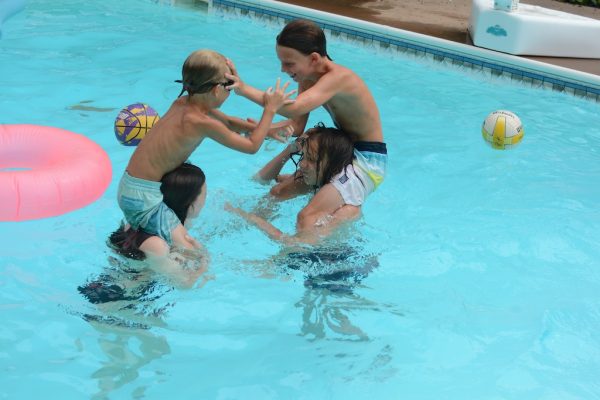 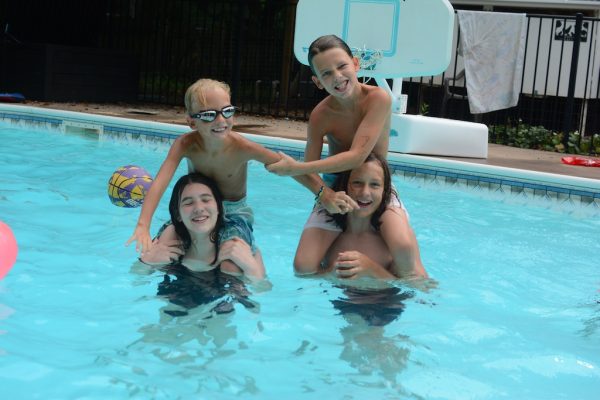 After some initial reorienting of them awkwardly talking about books and video games (them) and gasping about how tall everyone is (me), it’s like those three years never happened. We all fall into familiar roles of running through the house (them) and yelling that there are NO NERF GUNS IN THE KITCHEN (me). 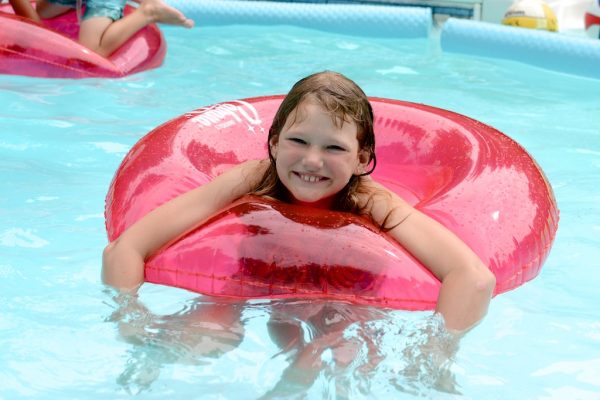 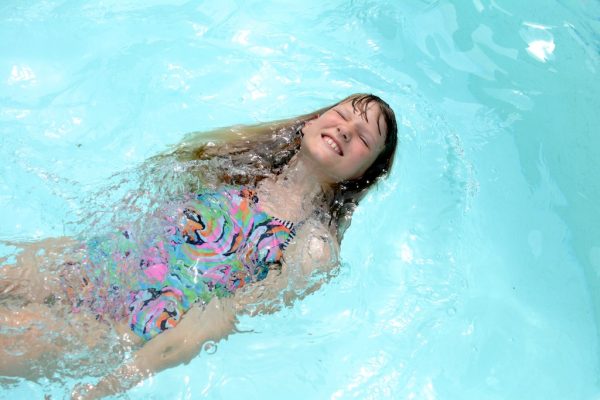 It helps that these kids are super fun and easy-going.

That’s another thing I had on my radar. Two of these cousins are teenagers now. Last time we saw them they were mere tweens. From literally everything I’ve ever seen and heard, that means that these kids will behave trolls living under a bridge who will, between eyerolls and making TikToks, demand food around the clock.

But they weren’t like that. In fact, they were the exact opposite. They were helpful and kind; polite and a lot of fun to hang out with.

I might have even had an off-key Taylor Swift singalong with my niece, which she might have already forgotten. But for me, it’ll go up there as one of my top memories of the summer. Or maybe year. Or maybe three years. 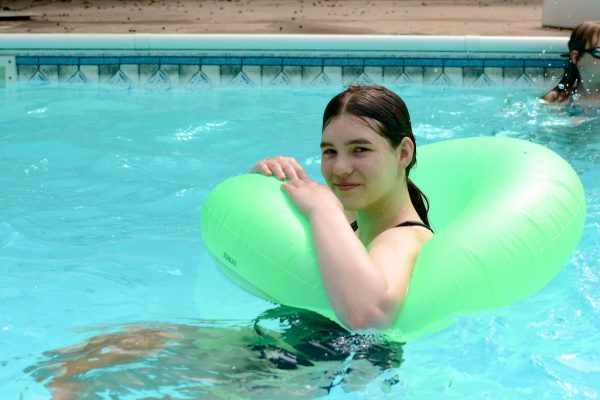 At one point a bunch of the kids wandered over to the deep end of the pool and lined up. I was like HOLD ON PHOTO-OP! As the adult, I’m legally required to capture this candid/non-candid moment. 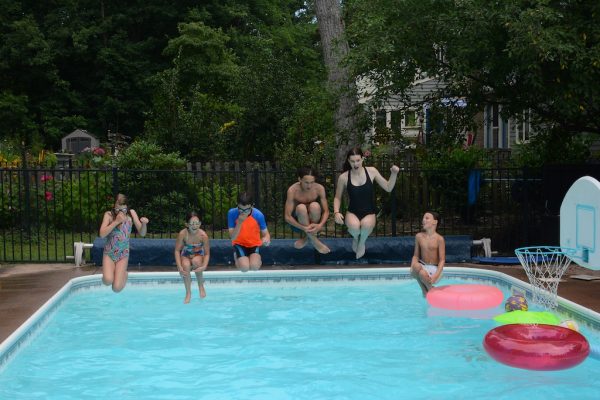 What SOUNDS like a simple task was near impossible. Anna immediately excused herself, thanks but no thanks. The rest of the kids had the audacity to not take this task SERIOUSLY. Every time we lined up, one of the kids would jump in before everyone was ready, or someone would push someone else in. Then they’d get off task and start having FUN while I was on the other side, annoyingly holding my camera saying, “hey guys! If we could just DO this we’d already be done and then you can do whatever you want!”

But who can hear mom when they’re having so much fun with the cousins they haven’t seen in THREE years? 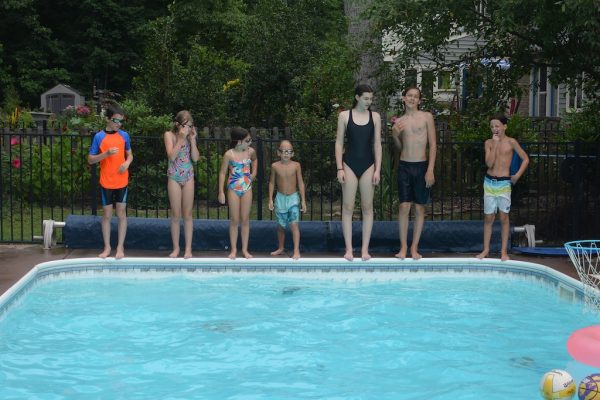 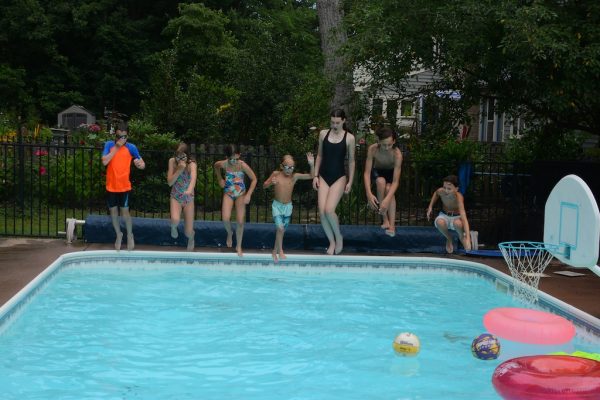 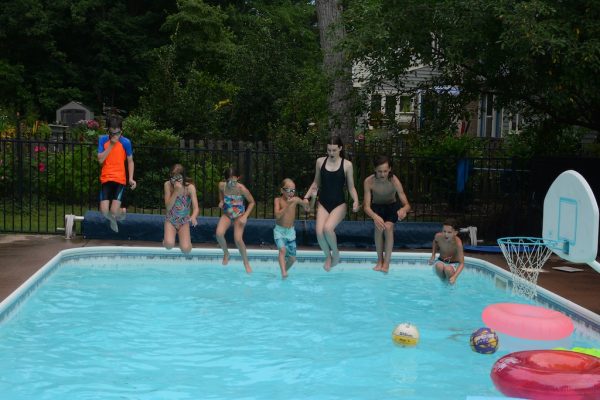 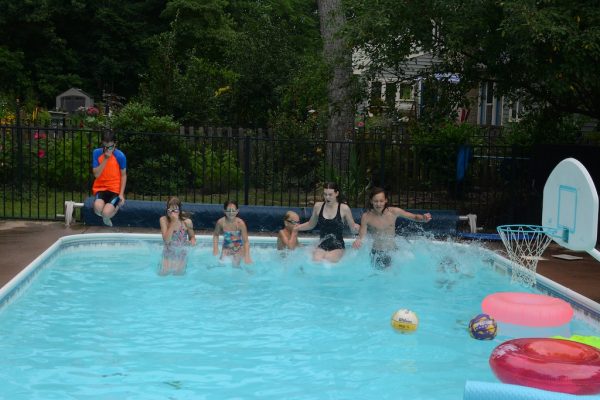 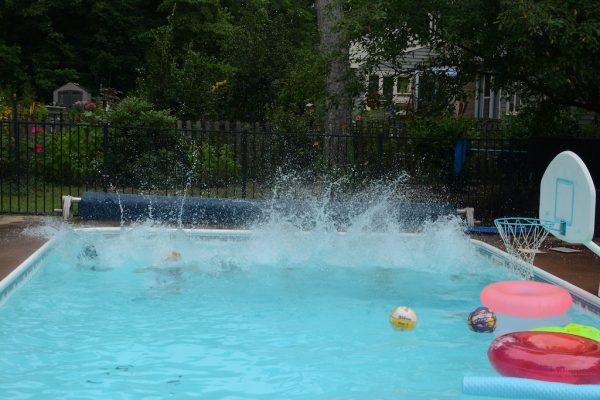 I got my picture.

My memory from that moment is that we were all settling into our roles — Mom interrupting the fun for a photo shoot, Grammy out of frame cuddled up with Anna, and all the kids who can’t pose for a photo because they’re too busy joking and having fun.

Whenever I see these kids it feels like it’s not real, like a bit of magic. It’s hard to explain, but the best I can do is to say that I just love them so much. And if you spend so much time WANTING to see someone who is so far away, they take on sort of a movie star status in your mind. And then they’re HERE! In my backyard! And I’m fussing at them to not leave their wet towel inside and asking whose socks these are. Just like normal, as if three years haven’t passed.