Anna is 18 months old and she is as independent in the pool as an 18-month old can be. She can jump in, she goes down the slide, and she kicks herself where ever she needs to go. 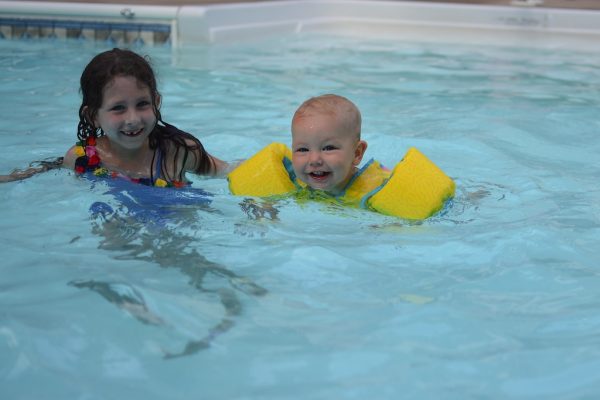 When David was a baby, he was happiest in the water. It was so much fun to take him to the pool and the lake because he was just so full-throttle. I will admit that I sort of thought I had something to do with his comfort level with the water. As his mother, I had helped him build the necessary self-esteem to feel confident in the water. [Pause to pat myself on the back.]

Then Mary Virginia was born and started her life’s work of proving her mother wrong.

Mary hated water from the start. She was equal-opportunity — she hated all water. She hated baths, the sprinkler, pools, the lake. Baths were so difficult that I genuinely wondered if she’d had some sort of trauma in the water that I didn’t know about. Once we went to a hotel pool, and she spent the entire time standing by the door waving bye-bye to the pool while David jumped off the side overandoverandoverandover.

Thomas is sort of in-between. He absolutely loves to swim (even though it means enduring sunscreen), but he doesn’t love getting water in his face, and he’s working up to jumping off the side.

Watching Anna swim reminds me so much of David as a toddler. 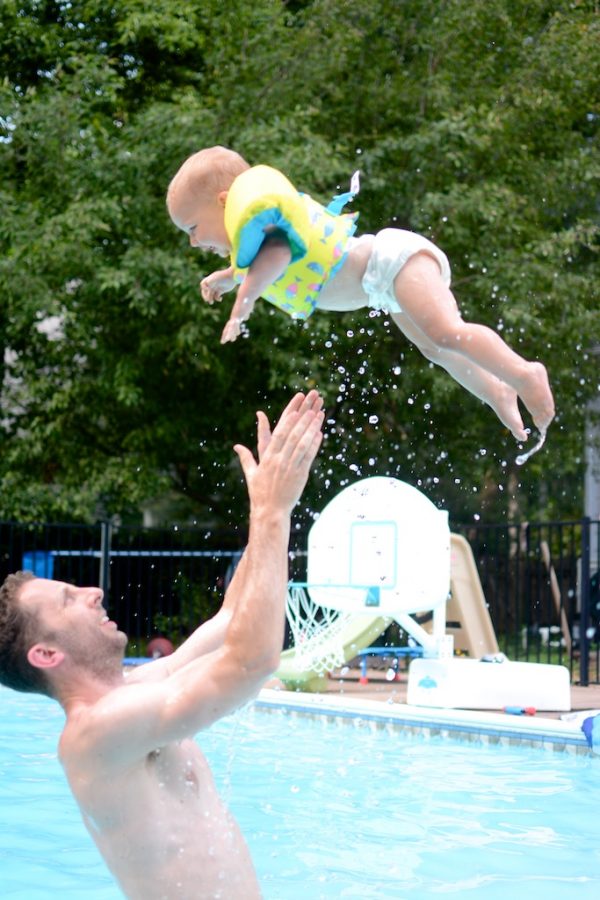 As the kids have gotten older they’ve grown into their “water” preferences. They are all at different swimming levels, but they all love swimming. We are, without a doubt, a pool family. Our favorite days are the days when I cut up a giant watermelon and we spend all day swimming. I can already tell, poolside days are Anna’s favorite days, too. 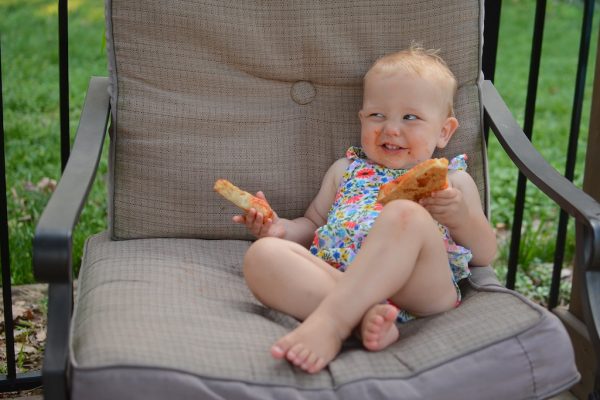 During the day, when I’m making breakfast or doing laundry, Anna digs through our pool bin and brings me swimming paraphernalia — goggles, David’s swimming trunks, sunscreen, a towel. She often asks me to put on her puddle jumper and walks around the house wearing it, just in case a pool appears in the dining room. When we are finally getting ready to swim, Anna does a little happy hop and laugh that can only be described as so cute.

In the water, Anna very quickly learned how to balance herself wearing her puddle jumper. I’ve watched kids do this, and there’s a bit of a learning curve because the puddle jumper is designed to flip a kid over so they’re face-up in case of an emergency. In order to swim, the child has to learn how to balance so they don’t get flipped over. At first we needed to hold Anna and tote her around the pool, but then she figured out how to stiffen her body and legs. Now she’s secure and balanced enough to kick her feet to move around the pool on her own. 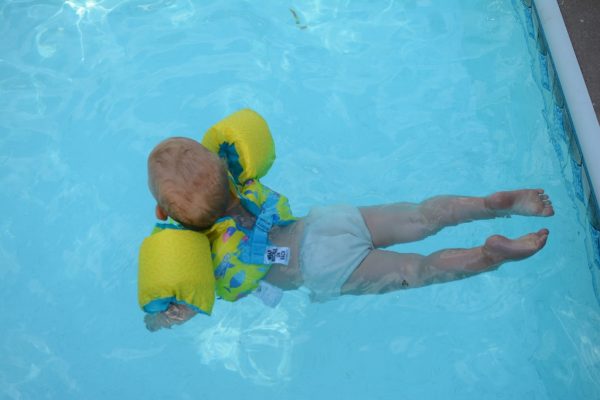 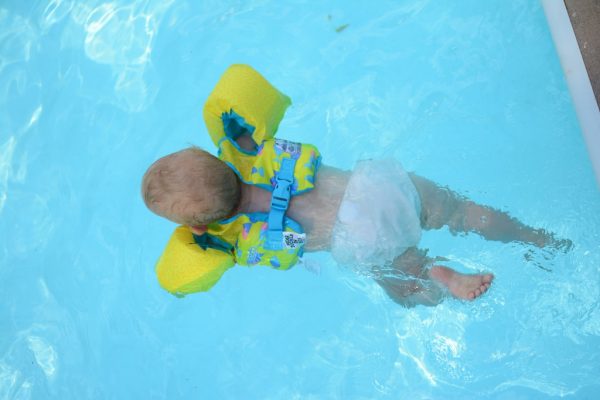 Because Anna is irresistible and absolutely adorable, all of her siblings want to help her swim. This is the only time she cries or fusses while she’s swimming. “NO! NO! NOOOOOO!” she says, and no one listens. And so my poolside refrain is the same as any other time, “Leave her alone. She doesn’t like that. Stop touching your sister.” Ad nauseam. 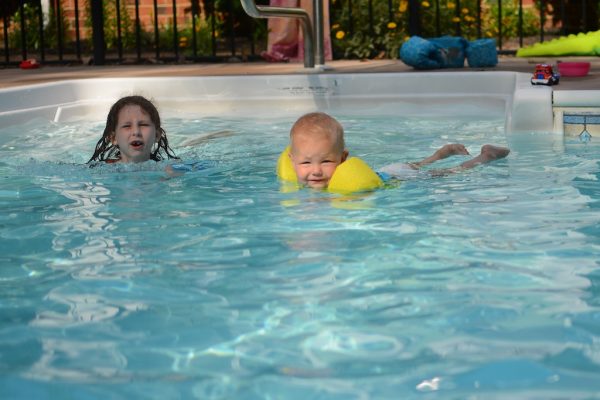 Anna’s favorite part of swimming is going up the stairs and jumping down them. She hops and it makes a little splash. Every time she looks up at me with a proud smile that says, “Did you see, Mommy!? Did you see my jump?”

After practicing her jumps over and over, Anna eventually asks to get out. By then she’s usually shivering, exhausted, and ready for a snack. I gather her up in a towel and she fusses until I get it right — she wants to be completely wrapped up, a bundle with just her head poking out.

I hold her in my lap while she dries off and relaxes against me. Those cuddles are, without a doubt, my favorite part of swimming. 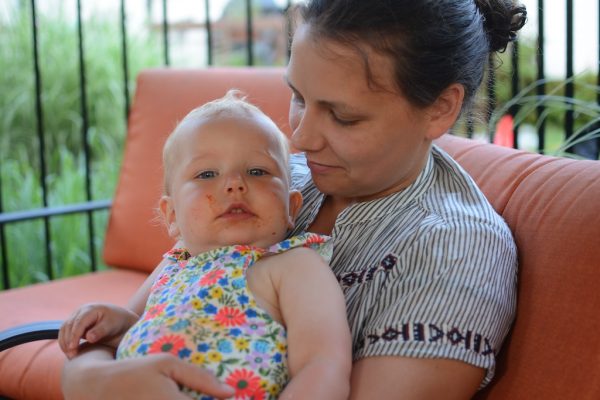