Usually this is the time of year that I begin my campaign of reminding people that fall is awful. Guess what? I’m not going to do that! Even more evidence that I’ve matured a lot.

There’s a lot of excitement in our family surrounding fall this year; David started school, we’re welcoming a new baby.  And this year we grew our very own pumpkin patch. 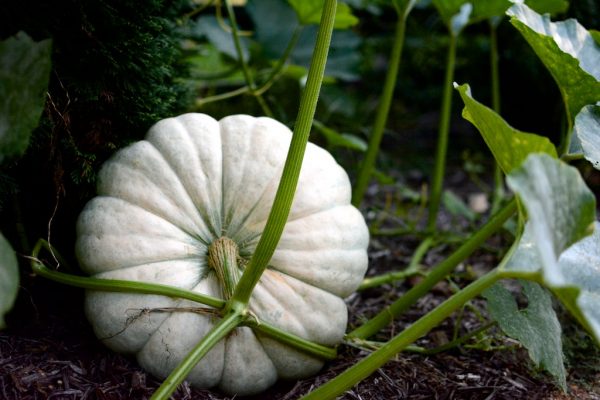 Last year the kids went on pumpkin patch field trips and brought home one Cinderella pumpkin and one snake gourd. After decorating them for Halloween, we displayed them in the house.

The Cinderella pumpkin lasted a long time. It sat in my foyer for eight months — it didn’t start to decay until May. When it did, the kids and I took it outside and broke it open, removed the seeds, and planted probably 20 pumpkin seeds in our flower beds.

We checked the seeds EVERY SINGLE DAY and eventually I noticed chewed up, discarded, remains of seeds scattered near where we planted.

I gathered the children and very dramatically explained to them that the squirrels had won and this is what God meant when he said “cursed is the ground.”

The kids didn’t really care, but I was furious, so furious that I held out hope. I kept checking, and eventually saw that ONE! ONE of our pumpkin plants survived!

We checked on it every day. We cheered it on as it shed its seedling leaves, got bigger, and eventually bloomed. Every morning, we’d wave goodbye to Daddy and after he backed out of the driveway, we’d survey our pumpkins.

(I took this picture in August, it grew at least two times this size. What if all the seeds had matured!?!?) 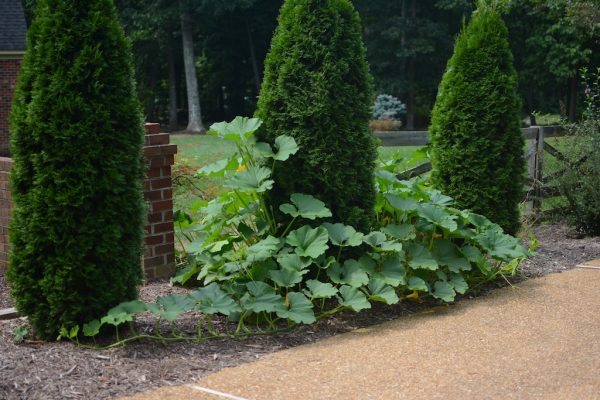 Eventually it seemed like it was growing a foot a day. I did my best to train its growth, but eventually I had to explain what was happening to my neighbor, because I’m pretty sure planting an invasive pumpkin would violate our Neighborhood Homeowners’ Agreement and we don’t even have a Homeowner’s Agreement. 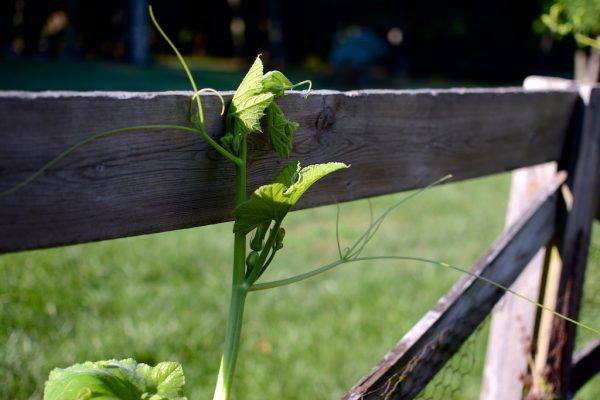 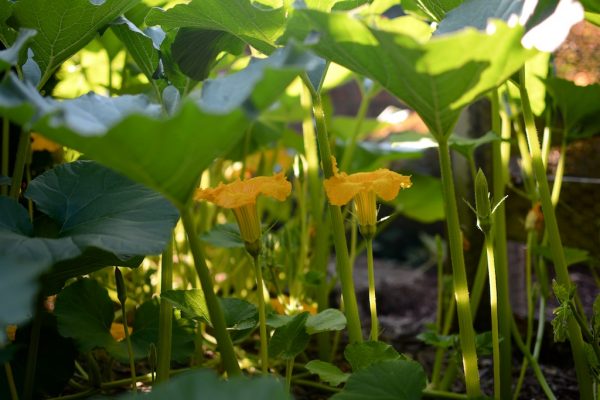 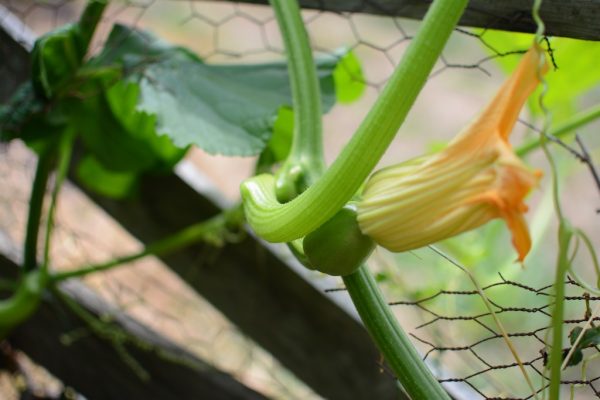 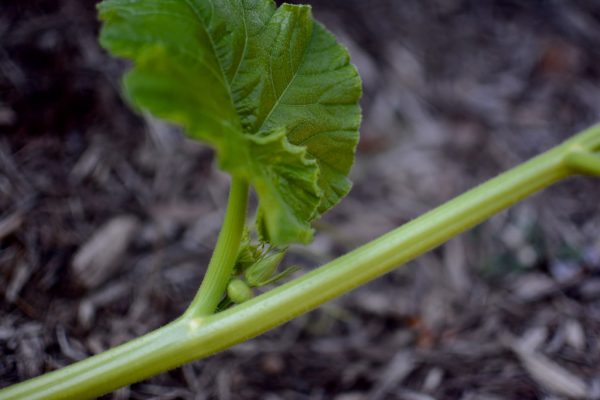 Tons of little baby pumpkins sprouted, but only three grew into full-size pumpkins, which is exactly perfect. (But next year we’ll need four.) 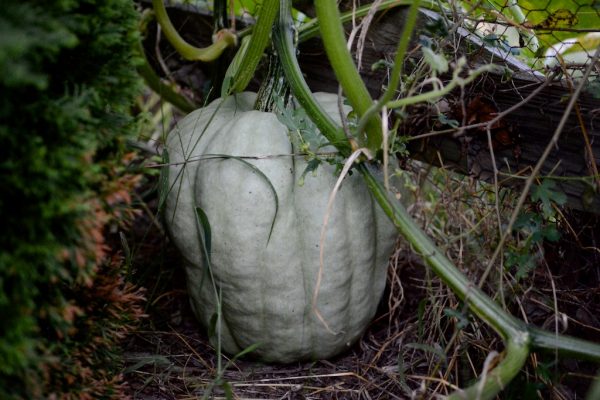 (This is a Cinderella pumpkin — the mature gourd is a pretty pinkish/gray.)

Now that it’s fall, our pumpkin vine isn’t as lovely as it was all summer. Despite my over-vigilance, its vines are ravaged by vine borers (DOES ANYONE KNOW HOW TO DEAL WITH THESE AWFUL PESTS???) and it has mildew on its leaves that I honestly don’t have the energy to deal with.

The kids are sad to see it fade away. This is life! — I said — this is the cycle of life, the rhythm of the seasons, a time to plant and a time to uproot.

When I explained it that way, David got a glint in his eye, looked at me and asked, “Does this mean we get to plant new pumpkins next year?”

Yup, that’s exactly what it means.