Tom says gardening seems to be 10 percent planting, 10 percent harvesting, and 80 percent getting rid of pests. I’d never really thought about it before, but this year those numbers seem about right.

We’ve been having trouble with our squash plants since spring when I couldn’t get my zucchini seedlings to sprout.

Once they were established we harvested a few vegetables, but then we went out of town and used a sprinkler to water our garden. When we came home all of our squash plants had mold on their leaves; the kind of mold that kills squash. After a little Googling I sprayed the leaves with a mixture of baking soda and water. It worked quickly, and an added benefit: my sister would be so proud.

Next I started noticing the plants had heat stress. The moment the sun came out, the leaves wilted. And the only fruit I was getting looked like a shriveled banana. When I saw what looked like sawdust coming from the stem the diagnosis was obvious: we had vine borers. Vine borers are worst case scenario for your squash plants. They’re invasive, destructive killer grubs. Leaving your plant to fend for itself against vine borers is like dousing a pile of leaves in gasoline, throwing a match on it and hoping the leaves just figure something out.

So you have to get rid of them or your plant will die in like 24 hours.

Every single one of my plants had signs of borers, so I went to Google again, hoping to find a spray or some sort of magic dance I could do. Instead, I found this article, and it looked like I had no choice but to get my hands dirty.

Following the advice of the article, I made a slit in the base of the plant (I didn’t do it at night as the article suggests) and opened it. Because of the vine borer, the stem was really mushy and, unfortunately, easy to manipulate. I thought finding the vine borer would be hard, but that might have been the easiest part. Just follow the path of destruction and you’ll find it, no problem.

And this is the part where I warn my mother-in-law to look away. She’s a little squeamish when it comes to worms. She still has PTSD from worms she got on her tomatoes years ago, and I’m not sure she’d come to our house again knowing this was in my backyard. Peggy, you were warned. (Also, I probably should have told you earlier not to click on any of the links. Sorry. Please don’t cut us out of the will.) Gross, right? There was one in each plant.
Guys, this is what organic farming looks like in the trenches.

Here’s a photo of the stem post-surgery. Obviously I was a little invasive. But I kept reminding myself: Though I was being invasive, I could never do as much damage as this stupid worm is doing. (And anyway, the worm had eaten away most of the stem that’s missing.) I followed all the steps until step four.

It doesn’t make sense, really. Each plant had one borer per stalk, so is there just a line of vine borers waiting to jump in as soon as there’s a vacancy? That doesn’t seem likely. One and done! That’s my motto!

Apparently I don’t know the first thing about vine borers.

Since the initial surgery I’ve had to repeat the process for each plant several times. We’ve completely lost two plants, the others are barely limping along. In hindsight, I heartily recommend step four. I even read to wrap the stem in panty hose when they’re seedlings to protect them. Maybe not a bad idea.

We’ll try that next year, because I’d much rather be baking zucchini bread than performing vine borer-ectomies…over and over and over again. 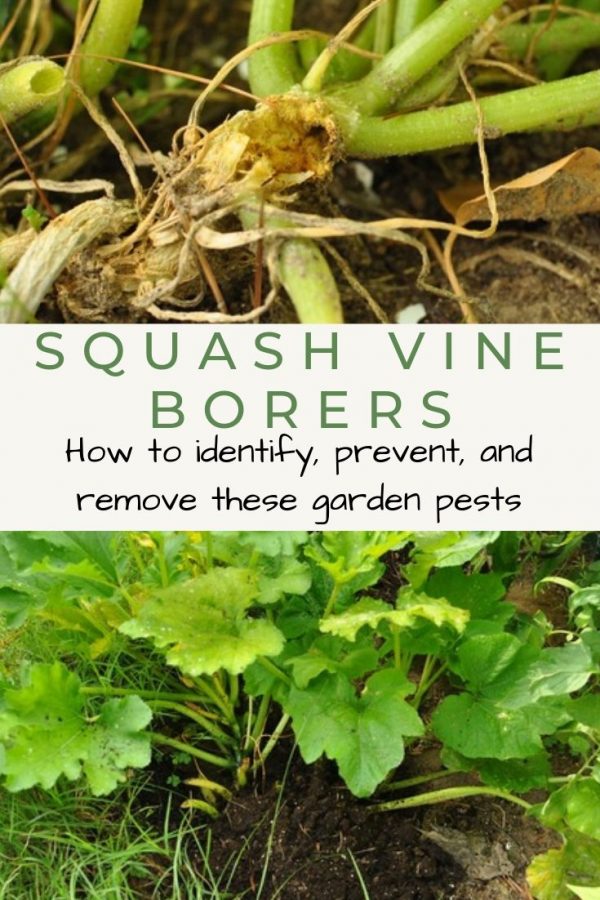