For the past few weeks I’ve been watching flowers bloom my yard with what can only be described as sheer delight.

We haven’t lived here for quite a year, we moved in after the azaleas had faded; the daffodils were a distant memory. Because of the foliage I knew to expect irises (but I didn’t know they’d be yellow!) and peonies, but there are bushes and trees that completely surprised me with blooms.

And then there’s my neighbor’s yard/botanical garden. The whole thing blooms year-round with all things exotic, colorful, and beautiful.

In the little strip between our front yards he has roseform begonias, ranunculus, and May apples, and still he’s twice promised me he’s working on getting “more color” in that bed. Two weeks ago I gasped when I saw a cluster of foxgloves. I called the kids over to see it like they were meeting a new member of the family, “Children, BEHOLD! Mommy’s favorite flower.” 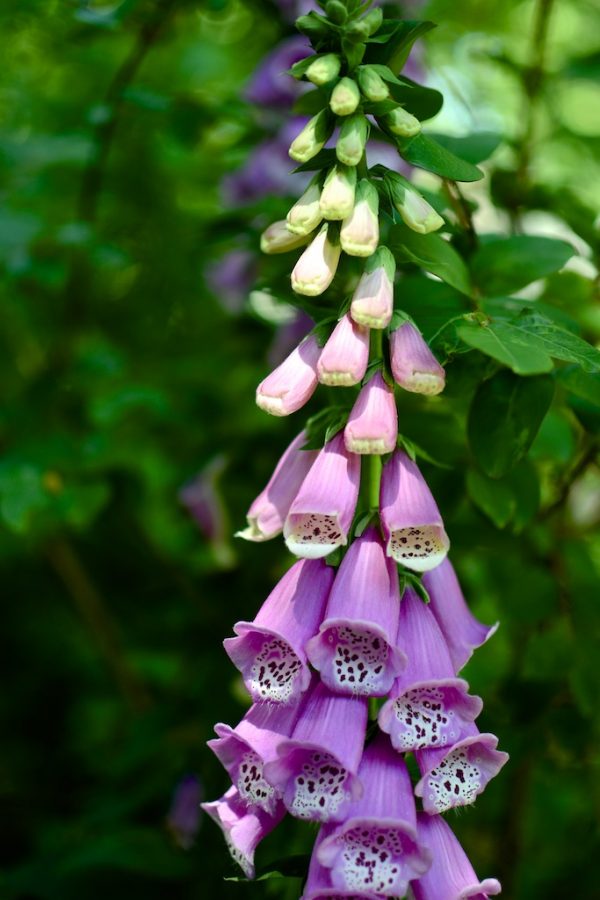 We also have several varieties of peonies. I’ve always loved peonies but I’ve never had them. They seem like an adult flower, don’t they? Like roses, or boxwoods, they connote a certain amount of stability and maturity. I’m 34, I have three kids, own a home, and drive a minivan, but it’s peonies that make me feel my age.

One evening I put one on Mary Virginia’s nightstand while she slept. I imagine that’s the sort of thing only princesses and Beyonce get to experience — fresh flowers appearing on your nightstand overnight. What could be more magical? 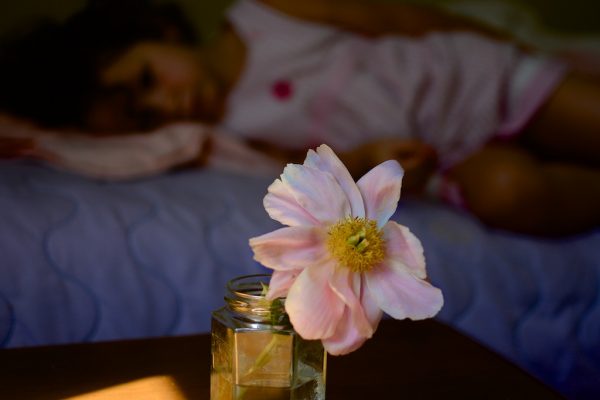 Actually, I might prefer abs appearing while I sleep. Or maybe just sleeping. I’d like to try sleeping from time to time.

Anyway, she was positively delighted. We named the flower (I strongly suggested the name “peony” but she went with “forsythia”) and admired it together.

A few hours later I was cleaning up after lunch and I noticed Thomas standing in the living room drinking out of the vase. The flower was upstairs, smashed on the floor.

Maybe we aren’t ready for peonies after all.