MOD Pizza, Starbucks, Richmond Lager, Surge Adventure Park. Know what they all have in common?

They all have Anna’s letter — the letter A. I know this because Anna shouts enthusiastically whenever she sees her letter. “MOM! GUESS WHAT I SEE!” she shouts from the back seat, straining against her straps to make her point.

I have no idea what I’m looking for, but based on her enthusiasm I’m expecting to see Harry Styles walking hand-in-hand down the road with Daniel Tiger.

Her letter, the letter “A.”

And there it is, just like she said. Standing tall and proud, sometimes in lights but always uppercase — good ole letter A.

Anna is fascinated by letters, and I haven’t even told her yet that the symbolize sounds, and that together they make words and carry meaning. 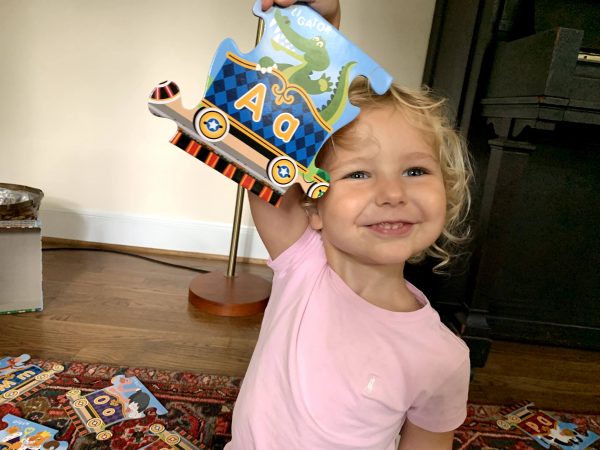 David was similar. When he  learned about his D the world was knocked off its orbit. Everything was about his D, which stood for David and nothing else.

David was my first child, so I knew that his interest in letters was a result of my superior parenting. All that reading during the day! Raising kids is so easy! 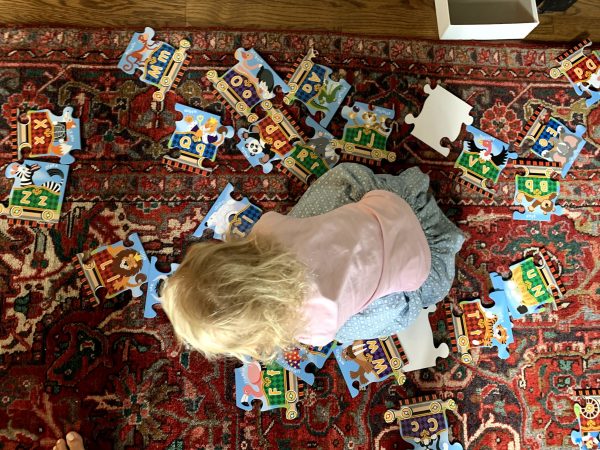 Then came along Mary and Thomas, and perhaps you’ve already guessed the twist in the story that’s coming next next. Both Mary and Thomas loved school and learning, but they could not be bothered with the plebeian chicken scratch I was pushing on them. Neither Thomas nor Mary cared about their letter, or any other letter. They even refused to learn the obvious ones like X or O. Neither of them could identify more than four letters before they went to kindergarten and I am not exaggerating.

Parenting Mary and Thomas sent me down a spiral of frustration and worry and researching how kids learn the alphabet.

What I found was that learning the alphabet has nothing to do with early reading. In fact, from a kid’s perspective, learning letters is kind of a boring skill has more to do with rote memorization than anything else, which my favorite Instagram early-education resource calls the “lowest hanging fruit.”

As in, it doesn’t matter. It especially doesn’t matter if your kid is too busy re-naming colors or raising a little brother to care about something as tedious as LETTERS! 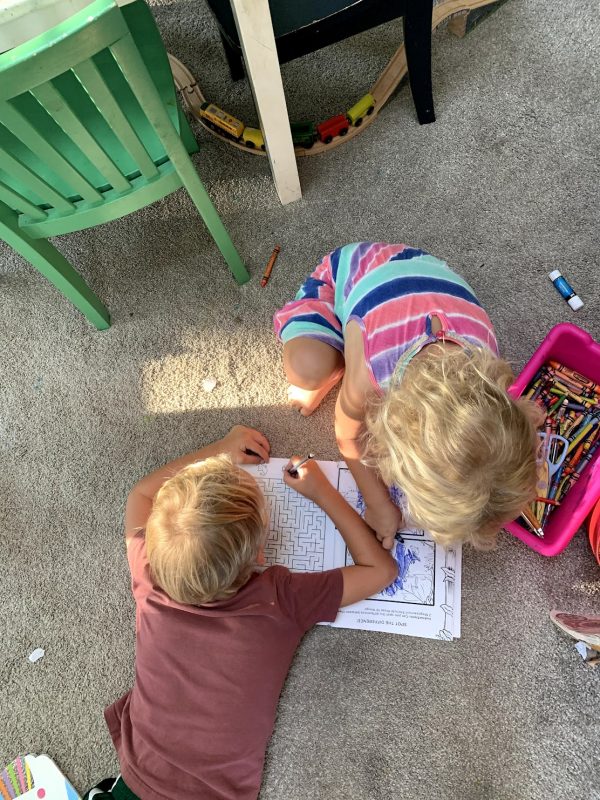 After I did my own research and talked to educators who reassured me, I was totally confident that Mary and Thomas were growing and learning juuuust fine. But I couldn’t help but worry, just a tad. Especially when I saw other kids younger than they were reciting the alphabet song, writing their name, reading. I had to take a deep breath and remember, it’s just memorization. Their kid just happens to be super interested in drawing and writing. It will all come in time.

And now, with the benefit of hindsight, I can tell you that all those experts were right. The kids are fine, and they learn at their own pace — all of them — the ones who can list the presidents in backwards alphabetical order in preschool and the kids who cannot be bothered with the first letter of their name. Not even if you point at it with enthusiastic hand gestures. 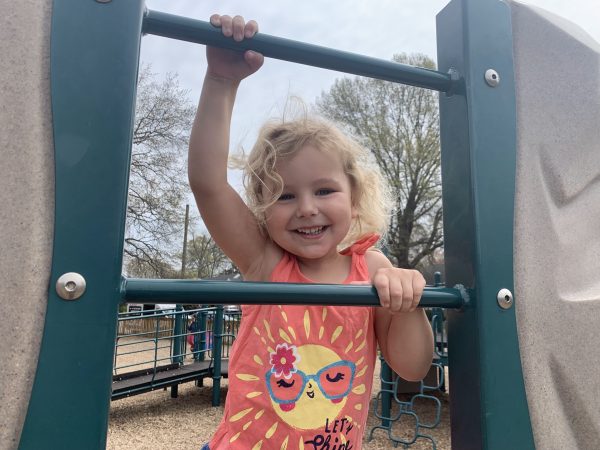 But now that I’ve got another kid who’s obsessed with letters, I’ll make sure to take lots of videos and post them all over the Internet because CAN YOU BELIEVE IT!? I’m such a great parent and MY KID IS A GENIUS!