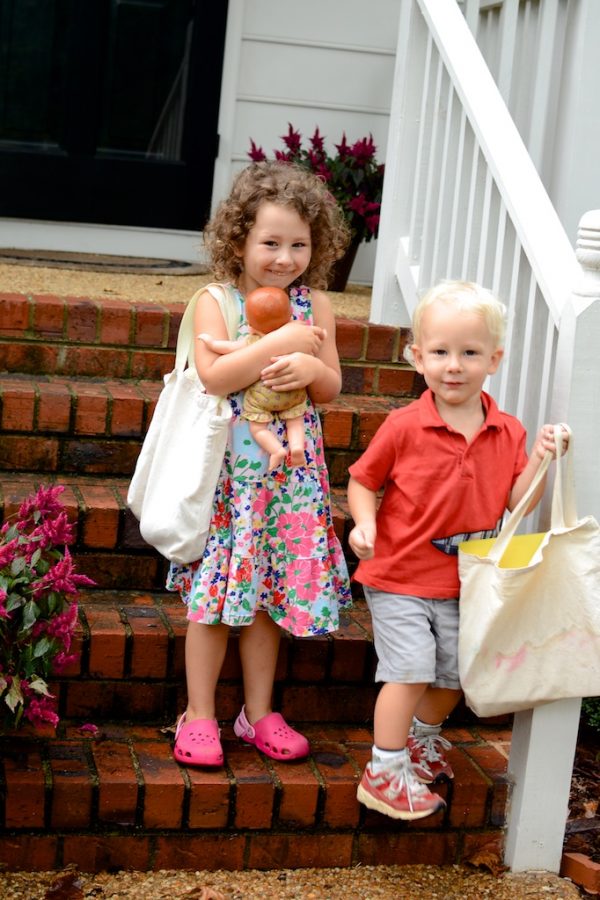 I know what you’re thinking. You’re thinking, “Isn’t that the same shirt David wore on his first day of preschool!?”

Yes, you are right, discerning reader. 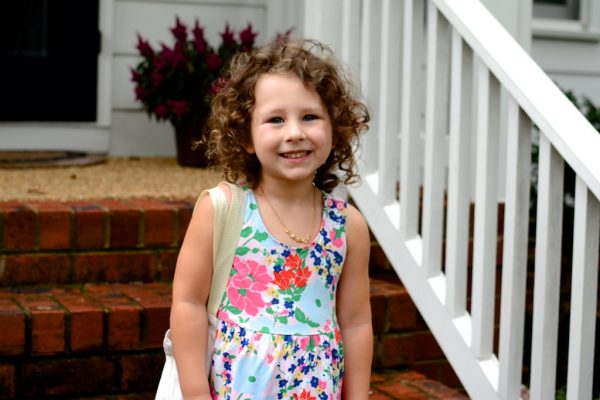 To say that Mary Virginia has grown and matured is an understatement. She’s so excited for preschool, so ready to be the big kid. She told Thomas that if he wanted to sit with her during chapel (something David did for her) then she would.

This year also marks our worst first day photos ever.

As I arranged Thomas and Mary Virginia on the steps, David (without me asking) ran behind me to make silly faces and jump around to make his siblings laugh for the camera. Thomas was FULLY ON BOARD and left his assigned spot to join David. Meanwhile, watching her photo-op unravel made Mary Virginia’s head explode. 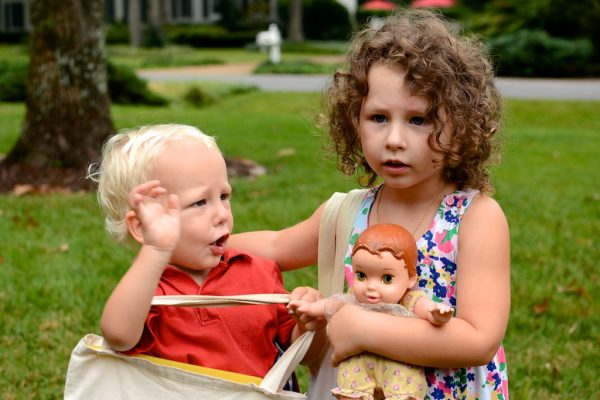 I rearranged them and tried again and, well, AT LEAST BELLE IS LOOKING AT THE CAMERA.

Finally I just asked David to join them in the photo, but Thomas was NOT FOOLED. And this might be my favorite photo of my three kids ever taken. 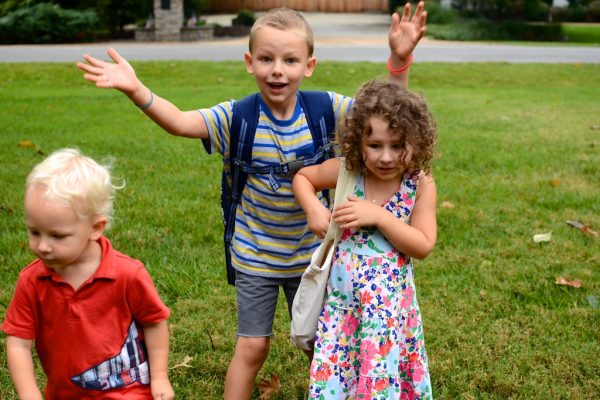 Or maybe this one? Thomas is making silly fingers, Mary Virginia is upset about her photo op, and David is saying, “WE’RE GOING TO BE LATE FOR THE BUS!” 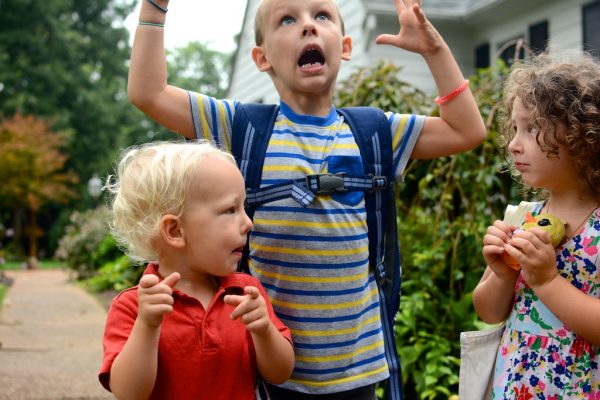 I know what you’re thinking. You’re thinking, “If she can’t get three kids to smile for a silly first day photo, HOW WILL SHE EVER SURVIVE AS A MOM OF FOUR.” 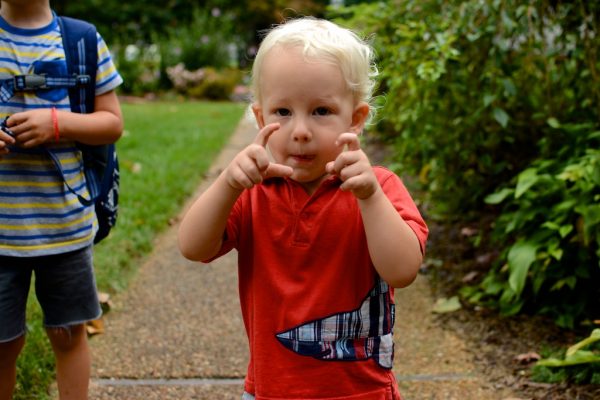 After we took these photos, we jumped into the van and drove to the bus stop.

As soon as the bus arrived, I tucked Thomas under one arm, Mary Virginia under the other, and threw them into the van, all while Mary Virginia screamed because I hadn’t waited for her to arrange her toy duck into her cup holder.

When we finally got to the preschool we were at least 10 minutes late. On the FIRST DAY.

As I signed my kids in I profusely apologized told their teachers that we would probably be late every day, and it wasn’t because I was in line at Starbucks or blatantly ignoring the clock ALTHOUGH THAT IS USUALLY THE REASON.

Since I struggle with things like organization and responsibility and I normally show up to things 10 minutes late looking like I’ve been fed through the propeller of an airplane, I felt the need to over-explain — I’m not even late because of normal “pregnant mom with three kids” reasons! There were no misplaced shoes or lost keys! I didn’t leave my coffee on the hood of the car or, I dunno, mindlessly drive past the school.

No, this year my truancy will be because every morning we’ll doing an impossible, unavoidable shuttle run from our house to the bus to the preschool.

As I explained, the teachers reassured me and said, “That’s FINE! No worries!” and ushered my kids into class.

For the next two months I’ll have two kid-free mornings a week. WHAT WILL I DO WITH ALL THAT TIME? Even though I did consider taking a nap in my van, AND I STILL MIGHT, I spent the morning catching up on emails and getting a little work done.

At pick-up timenearly three hours later I RAN into the building, a few minutes late, to get Thomas.

“For what?” Thomas’s teacher smiled as Thomas ran out of class and gave me a hug.

“I know I’m late. And I need to be honest. This time it actually was because I was in line at Starbucks.”