Thomas and his bed head started kindergarten camp this week.

During this photo he spotted a lightning bug, caught it, and then handed it to me, “You can take care of it while I’m at school, Mom.” Its like he’s TRYING to make me cry! 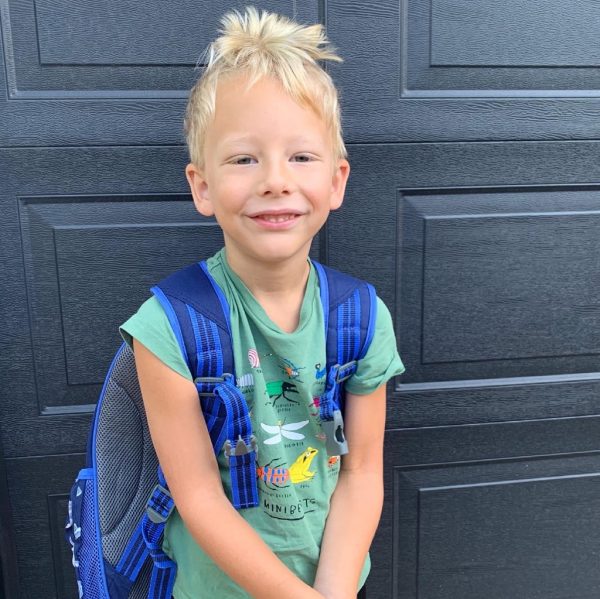 Mary went to this camp a few years ago, and it was wonderful. It’s a to-scale miniature version of kindergarten. The kids do all the things that come with kindergarten, including eating in the cafeteria and recess.

We LOVE this program. It was wonderful for Mary, and I knew it’d be great for Thomas. This is especially true considering, unless you count my tonsillectomy, he hasn’t been out of my care since March 2020.

Sending him to kindergarten feels like throwing him into the deep end. Kindergarten camp gives him a chance in the shallow end for a while. After all, it takes everyone a little while to get used to the water. 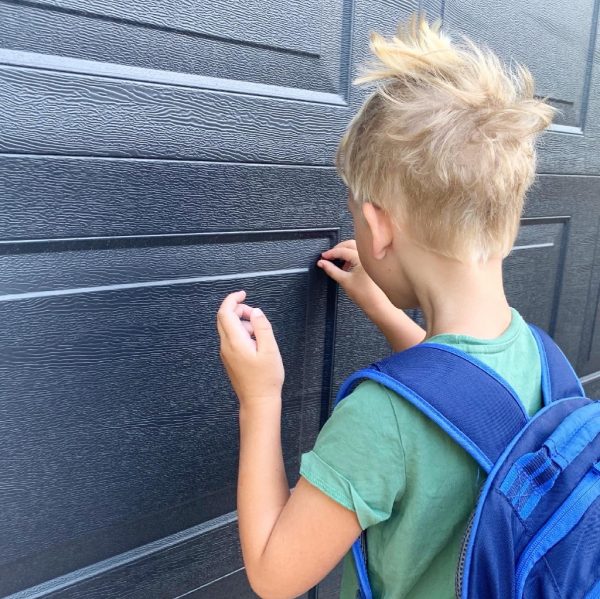 In the spring I was on the lookout for a camp that Thomas might enjoy. I really wanted to give him an opportunity to do something AWAY from me. Something that would help him build some confidence, and remind him that there is a world outside of the walls of our home.

I asked him what sort of camp he might be interested in. If he could choose any camp — basketball camp, art camp, nature camp, bug camp, reading camp, swimming camp — what would he choose?

Without hesitating he said “reading camp.” This is what all those un-schoolers mean when they say the child will guide you. Even the kid who is the walking state of entropy gets down to business now and then. 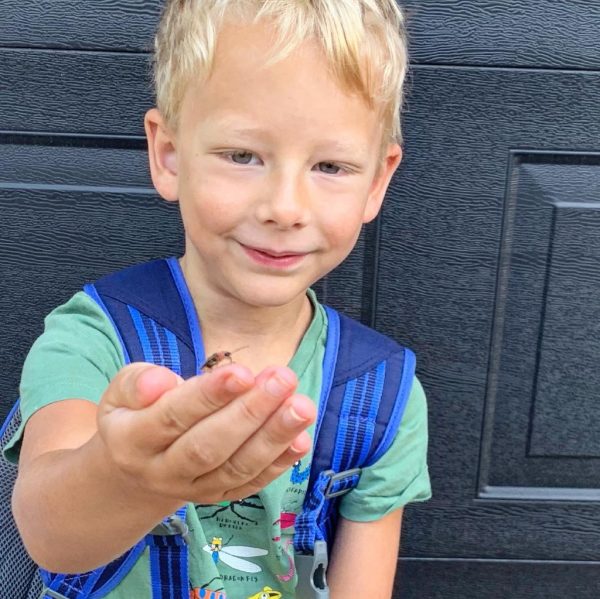 On the first Mary came along with us. She wanted to help Thomas find his way around school, just in case he had any questions, that sort of thing. But when we walked him to school he didn’t flinch. He walked right in, and lined up with his class without a glance over his shoulder.

When he walked away, Mary told me she felt like she was going to cry, “He’s going to kindergarten, Mom! He’s growing up so fast!”

I hugged her tight and thought about how, in times like this, it’s really nice to be raising yourself. 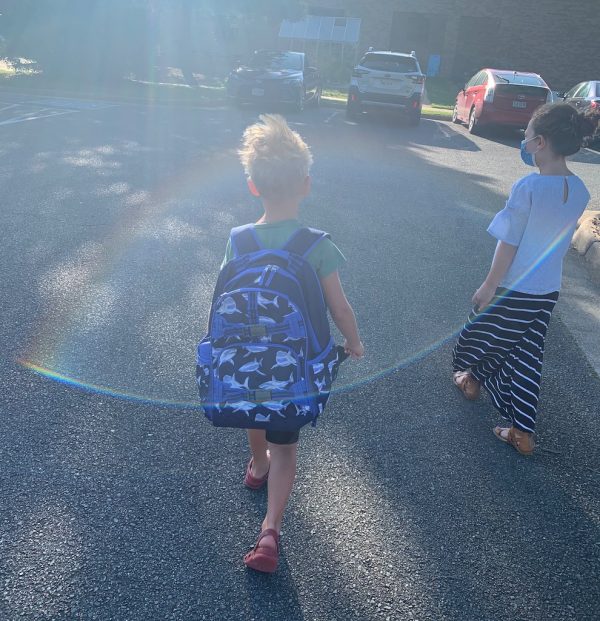 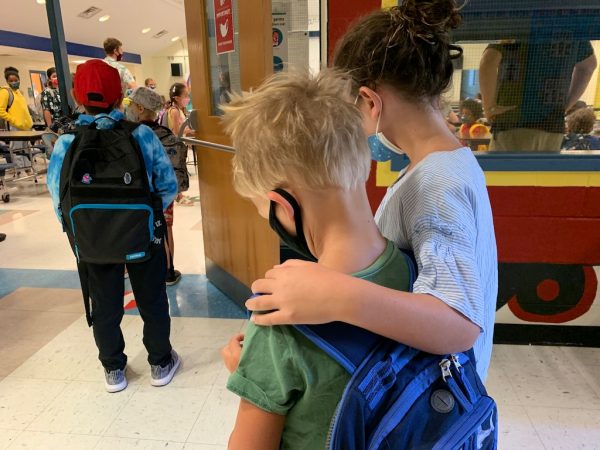 If I was concerned about Thomas being emotionally or socially ready for kindergarten in the fall, this camp has answered all of those concerns. After the first week, Thomas told me he made a friend. When I asked him how he made the friend, Thomas explained, “Well apparently at this school if you want to be friends with someone all you say is, ‘do you want to be my friend?'”

Someone asked him to be their friend, and he said yes. He’s practicing cutting with scissors, figuring out how to open our Tupperware in the cafeteria, and he made a friend.