This past week Mary started summer camp — her first time ever doing something like this. (The first time any of my kids have done any sort of camp.)

A few weeks before it started, she asked me, “Mommy, how long is camp?”

I answered, “It’s just for a few weeks.”

Mary looked down at her hands and her breath quickened. She looked up at me squinting, “A few…WEEKS?”

She thought we were sending her away for a few weeks.

She clearly doesn’t know her mother at all. I have been beside myself with worry about the few hours a day she’ll be gone. A FEW WEEKS! HA! 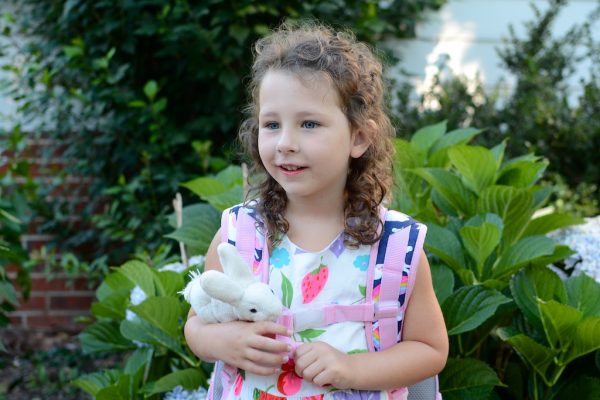 I spent the weeks leading up to camp answering questions about camp. What would it be like? Who would be there? Would there be tents? Why is it called camp if it’s not camping?

Every now and then I would have to say, “That’s a great question. I do not know the answer.” No matter what we’re talking about, Mary always has follow-up questions. I can’t just speak around Mary. If I’m going to casually drop a loaded word like CAMP, I better be prepared with a full etymology. She won’t be satisfied with a definition or part of speech. No. Mary won’t rest until I’ve delivered a complete word study. 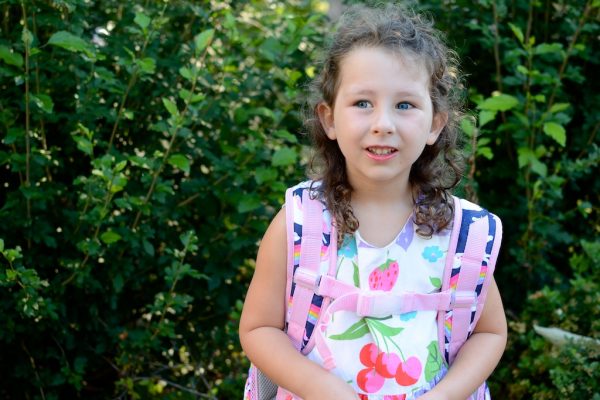 When you want to smile but you don’t want to smudge your special lip gloss.

The morning of the first day, Mary asked to take Spirit, “Spirit should come because she’s my adventure horse!”

I told her Spirit was too big and suggested she bring Derby, a smaller horse. Mary countered, “Derby is just a baby! She can’t be away from her mommy that long!”

I smiled and considered that I wasn’t sure about my little girl being away from her mommy for that long either.

On the way out the door she chose a stuffed dog, then swapped it for a bunny, then said, “Mommy I just need to get my hat, my phone, and my purse.”

Somehow we made it on time. 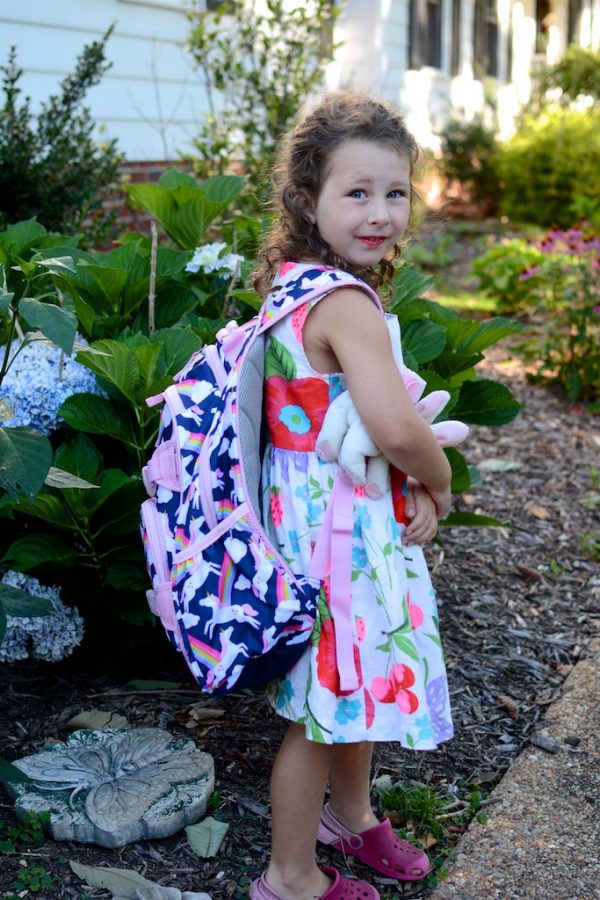 Mary had a wonderful first day, even though she admitted she got sad once, and didn’t have time to make friends. When she got home, her brothers tried to pretend like they hadn’t missed her while peppering her with questions about her day.

I asked her about class, and in an effort to try to place one of the teachers I’d seen at drop-off, I asked, “Was that the teacher in the blue shirt?”

She responded, annoyed, “Mommy! You can’t expect me to keep track of what everyone is wearing!”

Later that afternoon, I heard her in the play room with her stuffed puppies. The mama dog told the baby dog, “I know you were a little worried about school but you had a fun day!” 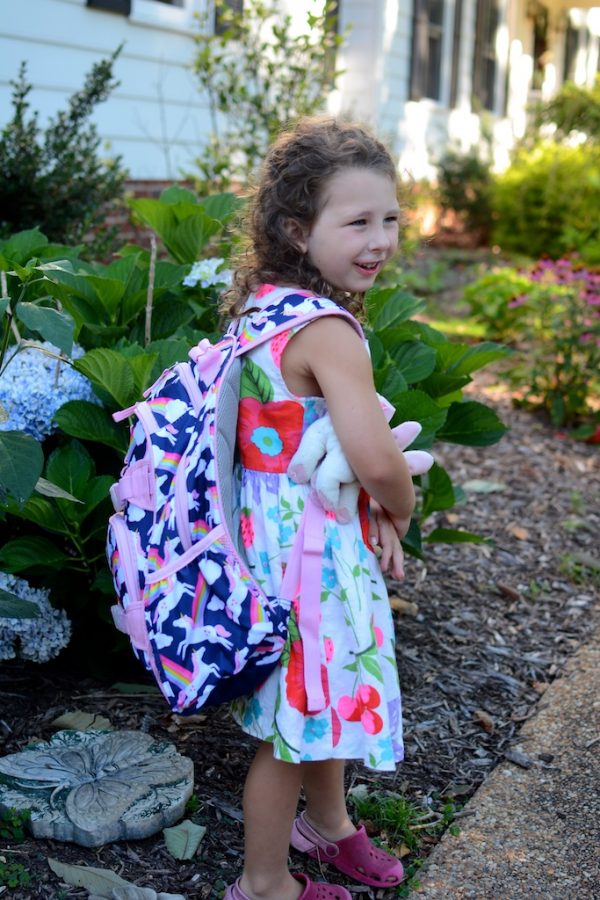 When we learned about this camp, I knew it would be great. Kindergarten will be a big step for her, and this is like a miniature kindergarten. Mary gets experience in a classroom with new friends, a new teacher, she even eats lunch in a cafeteria and practice riding the bus. God provided this small step in preparation of the bigger one, and I’m thankful for that.

I think we can also all agree that this camp is just as much practice for me.

She goes to camp, I go home to stress-eat. We’re both going to be just fine.

On the second morning, we walked into the school and Mary rushed in front of me, her backpack bouncing against her calves, “Follow me, everybody!” she said. “I’ll lead the way!”

She’s going to be just fine. 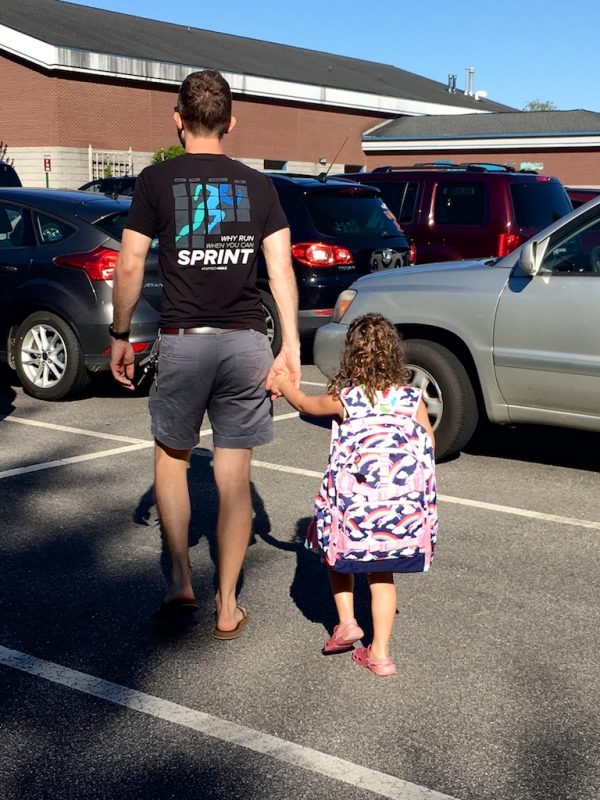