Anna has been in school for a little over a month, and even though I don’t hear a ton about what she does in class, I can tell she likes it. She’s always excited to go, happy when she gets home, and every now and then she says or does something that makes me smile because I know I didn’t teach her that.

That one time Mary was putting on her coat and gloves and she exclaimed, “It’s too damn cold outside!” Oops. That was from me.

But one day Anna followed up every single thing she said with “I BET THAT WAS NOT WHAT YOU WERE EXPECTING!” Like when she handed her empty snack bowl to me, or when she chose to color with the blue crayon, “I bet that’s not what you were expecting!” Or when we found her shoes in the shoe bin, right where they were supposed to be, Anna correctly surmised — her shoes being exactly where they were supposed to be WAS NOT WHAT I WAS EXPECTING!

Who knows where she picked it up, but she was just so excited. Kids are only like that about stuff they learned that day in school. 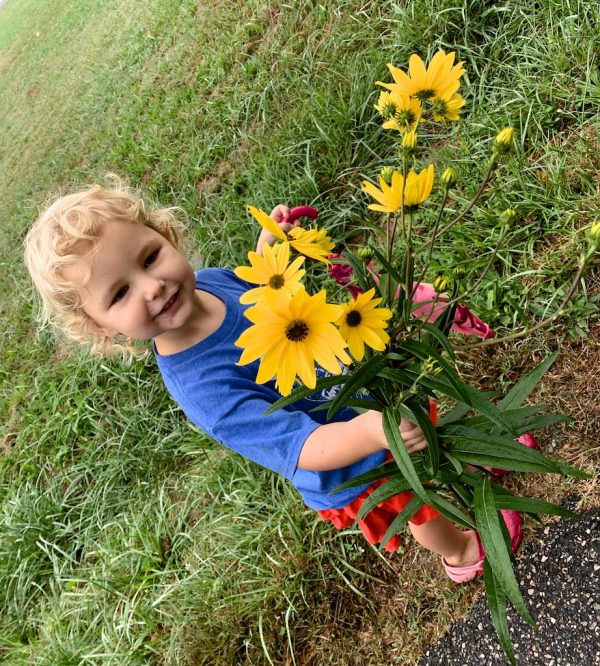 For the same reason, I think Anna’s class read Brown Bear, Brown Bear, What do you See? . That was my only explanation for why, when we were walking by the pond behind our house, she started shouting, “Turtle, turtle, what do you see??????”

After asking the turtles what they saw, we kept the narrative going as we continued our walk. The turtles saw the heron, the heron saw flowers, the flowers saw a house, the house saw trees, and on and on until the grand finale, when Mommy saw Anna.

In the past few weeks this has become part of our routine — one of the Mother/child rhythms that fill our days. We do the call and response any time I can tell she’s on the edge of needing an activity or a snack. Or, there are other times when I genuinely see something that she might find interesting to know is looking back at her.

And THAT meandering path is the explanation of how I find myself driving down the road in the middle of the day chanting, “yellow car, yellow car, what do you see? ANNA! What does the yellow car see?” 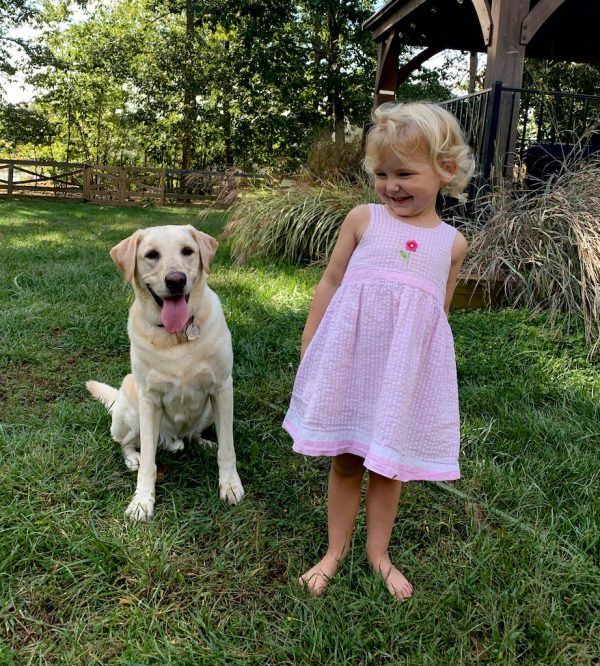 Even though I encourage her, Anna NEVER picks up the slack. I’m always the one who has to find something that the yellow car sees, something that Anna will also have time to spot before we drive past.

Until Anna sees a pink car. That’s when she loses her ever-loving mind. That’s when her feet and hands fly up in exultation, or as high as her five-point harness will allow.

We celebrate. Anna’s face is alive with exuberance and she claps her hands to her cheeks. She CANNOT believe that there is a pink car, on the road, next to us in our dumb boring van. I join her in her excitement, but not about the pink car. Don’t tell her, but this isn’t my first pink car. In fact, I’ve seen lots of pink cars. I join in because this is perhaps one of the best parts of sharing your day with a child.

If it weren’t for her, that pink car would have driven by and been absorbed in the humdrum boringness of being a grown up who has seen enough pink cars that they don’t even notice them.

But with her? A pink car! Right there! Isn’t it amazing? There’s a whole big wide world and yet somehow the universe arranged itself so that our errands would bring us to this stretch of road right beside that beautiful, rare, pink car. It’s almost unbelievable, almost too much to take in, the incredible beauty and surprise in this great big world.

I see Anna, looking at me. 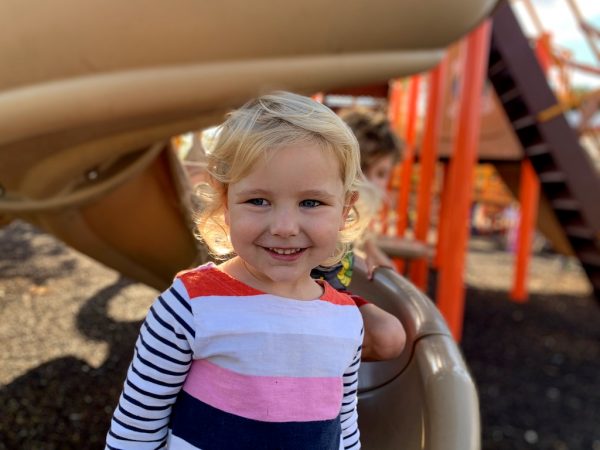 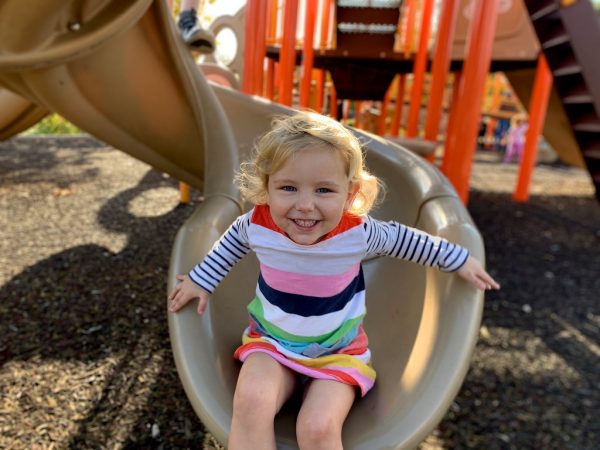