Anna is two years old nine months old. That means she’s Over half-way through the terrible twos and well on her way to being a three-nager.

And no matter how I reply, she doesn’t stop, only gets louder and more desperate until she’s on the floor rolling around in a puddle of her own desperation. It’s as if she is on a desert island screaming at a rescue plane that is disappearing off into the horizon. Instead, I’m standing right in front of her saying, “What? What do you need? Anna? Anna. What? Anna!”

Whoops. I’ve gone off track. I’m supposed to be talking about why she’s REASONABLE! 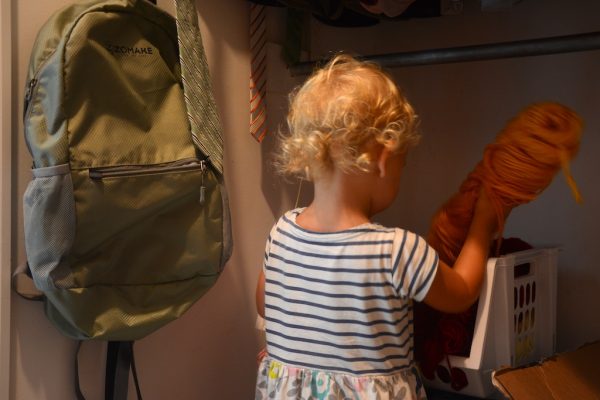 Anna is starting to talk about colors. This can be tricky territory with toddlers.

Historically, my kids haven’t trusted me when it comes to colors.

David would ask me what color the sky was, and when I said “blue” he was insist it was green. That would devolve into an argument in which I would eventually remind him that I had a college degree and he couldn’t work door knobs and so MAYBE HE SHOULD TRUST ME ON THIS!

One day I was talking to Tom about how argumentative toddler David was and he quite lovingly said, “You know, YOU don’t have to argue with him, right?”

Next up was Mary. She would ask me what color something was, and when I said “pink” she would roll her eyes and say, “You mean blush.”

Until now I was 0 for three. 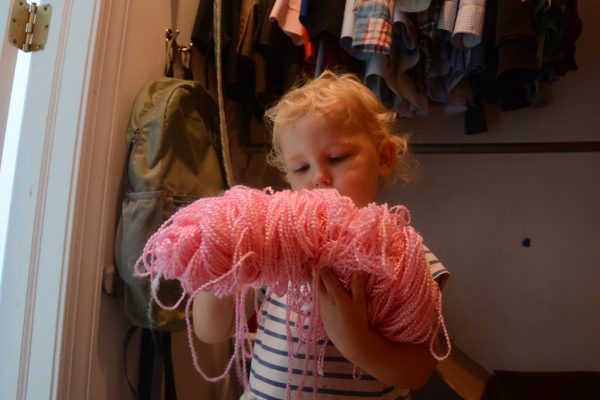 Anna was looking in my yarn collection and she pulled out a skein, “What color this?”

“It’s green,” I answered, and braced myself for her response.

“Oh,” she said, and pulled out another one. “What color this?”

She smiled, then picked another skein.

“That one is yellow!” I responded. 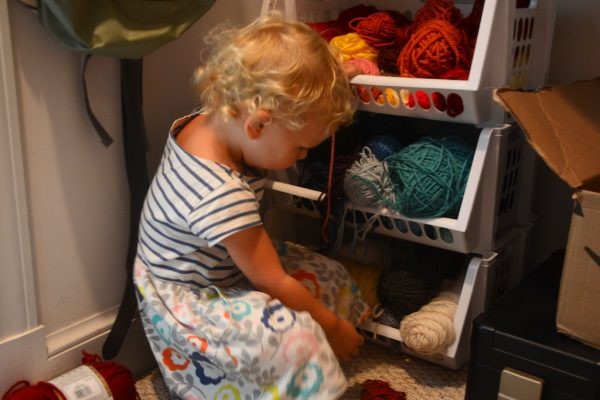 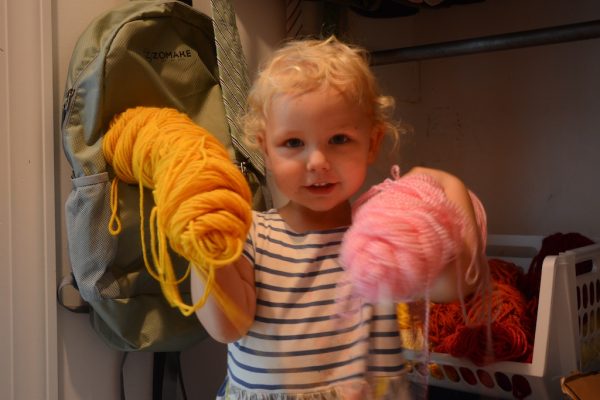 Technically it was gold. Or goldenrod might be more exact. Maybe marigold? And I guess that pink one was closer to bubble gum.

Ok. Maybe on second thought colors are complicated after all.