Let this go down in history as the first year I’ve ever rallied everyone for a family costume.

I’ve always loved family costumes, but I never fully respected them until I had kids. So many opinions to manage! Mercurial! Unpredictable!

Plus, I was just so, so tired for so, so many years.

Now I’m still tired, but I also realized that this year might be the sweet spot for a family costume. So we did it! We really did it! And even more incredible, we got a great photo. 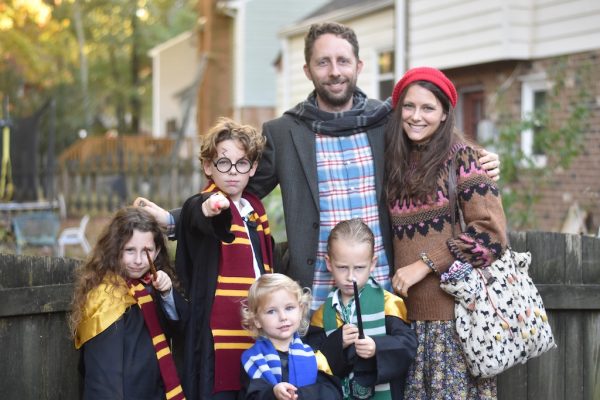 Tom told me that to be Molly Weasley I needed to be messy, disorganized, running late, and fussing at the kids. Ok, now I love Molly Weasley even more. I’ll throw in a knitting project for kicks.  (Everyone said that having red hair would have made the costume — next time!) 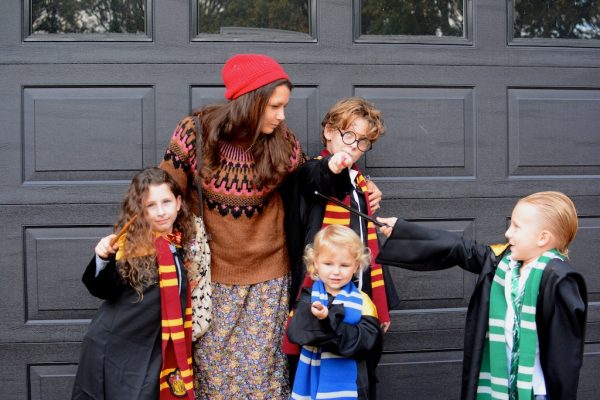 The kids all wore robes and scarves, and we leaned heavily on their God-given personalities.

Harry relied on his primogeniture confidence and messy hair. 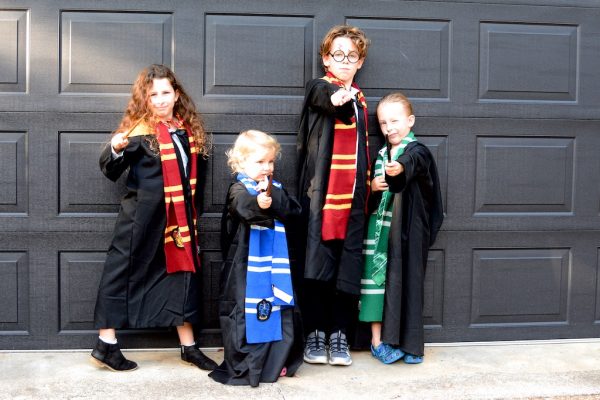 Hermione was all curly hair, self-confidence and of book smarts. 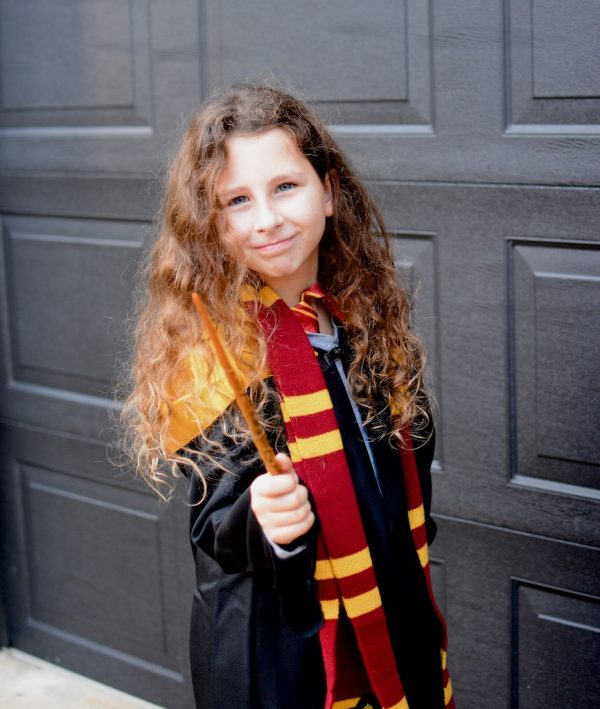 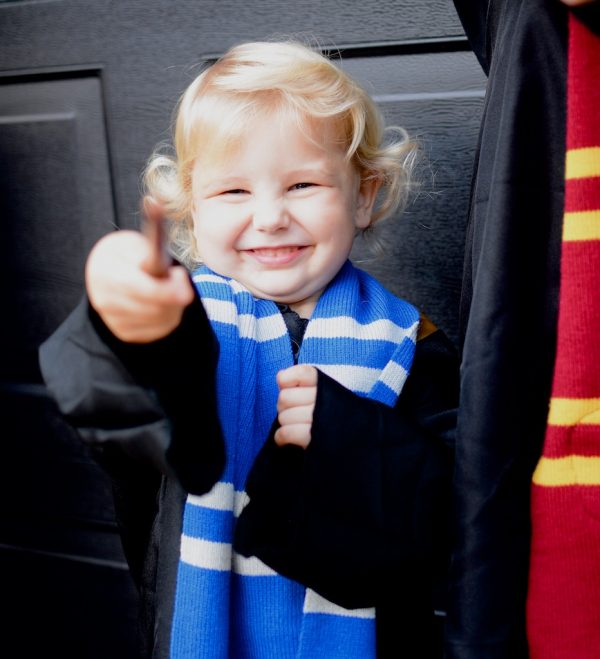 And Draco? I mean. This kid glared ALL NIGHT. If you look too hard at this picture you’ll get hit with Expelliarmus. 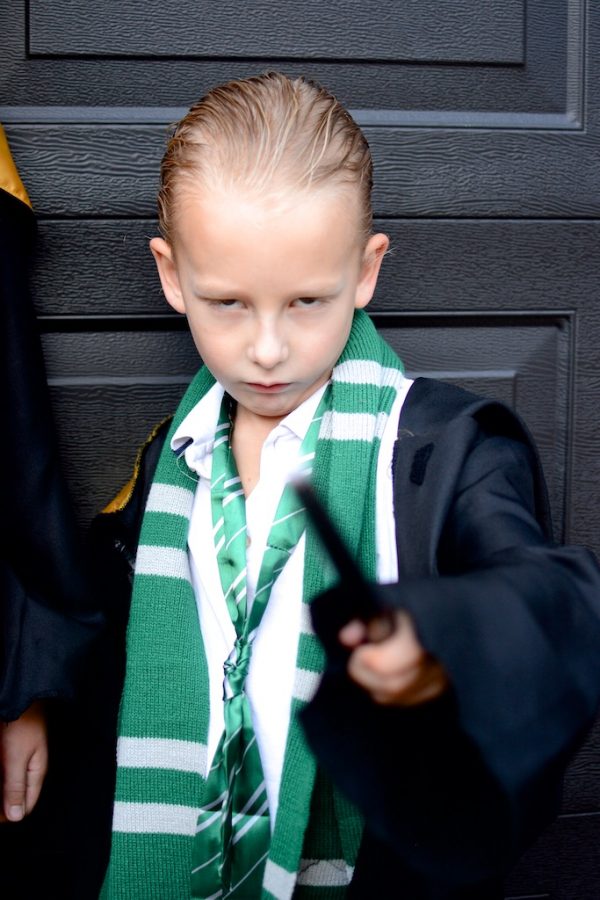 Let this also go down in history as the first year all my kids understood what was going on.

Halloween is a weird holiday, ya know? And imagine it from the toddler’s perspective! Every other day of the year you’re not allowed to wear the princess dress to the grocery store, but now suddenly you’re not only allowed to wear it — you’re visiting all of your neighbors! And they’re giving you candy! Plus it seems like it’s past bedtime? But for some reason your mom is ignoring your whines and bad behavior and is like “Let’s keep doing this! Let’s keep going!”

And on that note, this year will go down in history as the first time Tom and I behaved like adults and  got our kids to bed at a reasonable time.

This year will go down in history as the first year we didn’t take a stroller, or have to carry a toddler up to each door. This is the first year I didn’t end up carrying most of multiple costumes by the end of the night.

Tom went ahead with the big kids for most of the night while I walked with Anna at her meandering pace. But there was a brief time when we converged and even managed to walk down the street together, holding hands.

This year I was talking with a friend about how Halloween is so stressful as a parent. And IT IS! You’ve got the whole rigamarole with the  costumes, plus figuring out where and when you’re trick or treating, and by the way who’s making dinner before all this???

It IS stressful, it really is. Especially if you’re trying to pull off a family costume. But it can also be really, really fun.