If you’d like a quick lesson on the lunacy of Confederate monuments, you should explain them to kids. Pare it down as much as possible, don’t let your bias cloud the water.

There was a war — the north versus the south. The south lost. These statues are to commemorate the soldiers that fought for the south.

“But they…lost?” said my seven-year-old, applying common sense to the situation.

I hadn’t even mentioned the issue of slavery. 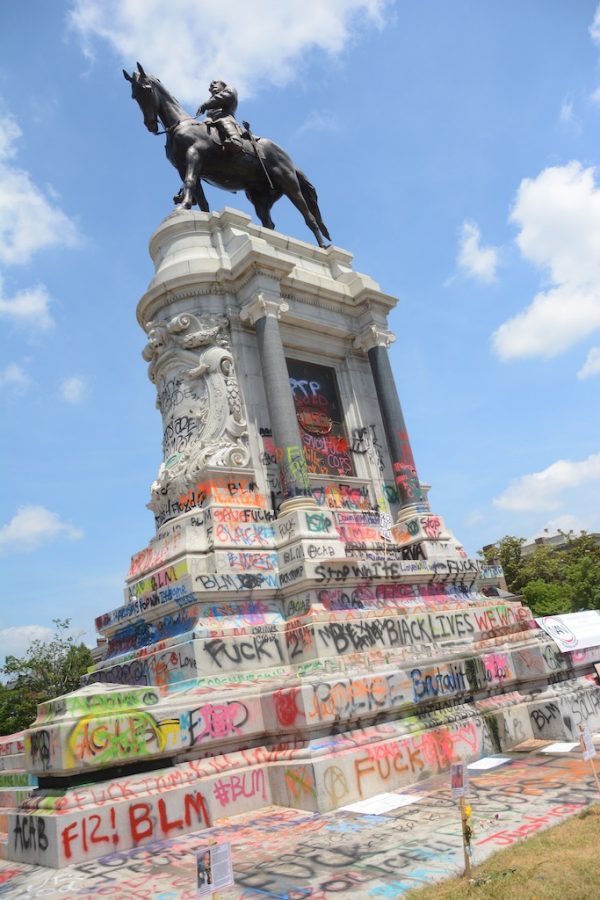 School is still in session in our county, and this week I decided that the most relevant lesson my kids could get would be a homeschool field trip to the Robert E. Lee monument in Richmond City.

Plans are underway to remove the statue. In the meantime, it has been grafittied, decorated, and has become a focal point of race relations in our city.

“Mom, is it going to be dangerous?” one of my kids asked.

No, it will not be dangerous. The monument has become what it was never meant to be — a gathering place for the celebration and empowerment of black people. 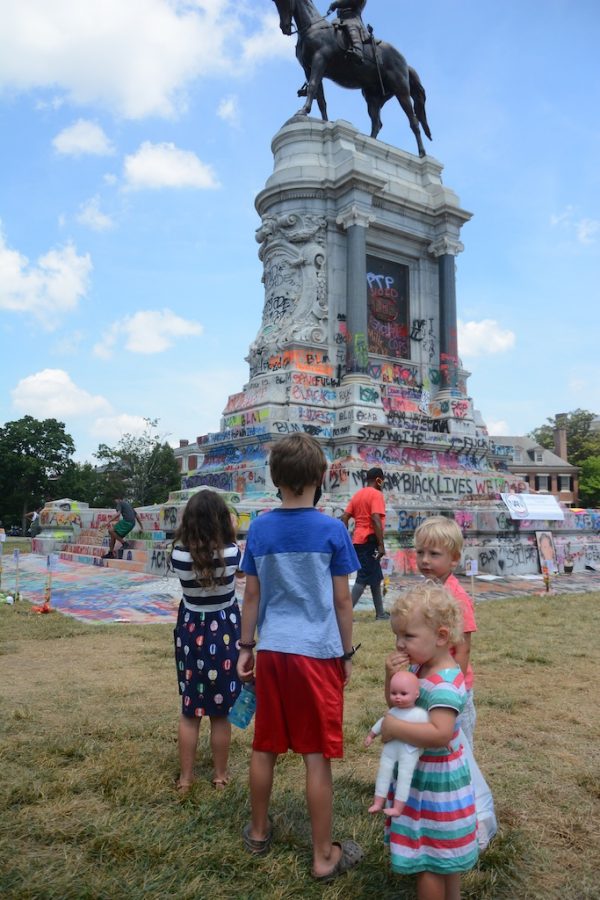 As we drove downtown, we kept talking. I told them about the recent protests, police brutality, and systematic racism. Our conversation only barely scratched the surface.

I told them that in response to the protests, a lot of Confederate monuments were being taken down.

“Wait. There are A LOT of these?” my seven-year-old asked.

As in, she thought we were going to the ONE Confederate monument. That once this one was gone, there would be no more.

No. In fact, on our drive we would pass several Confederate monuments, and streets, schools memorializing the Confederacy. This issue is pervasive. It’s everywhere you look. 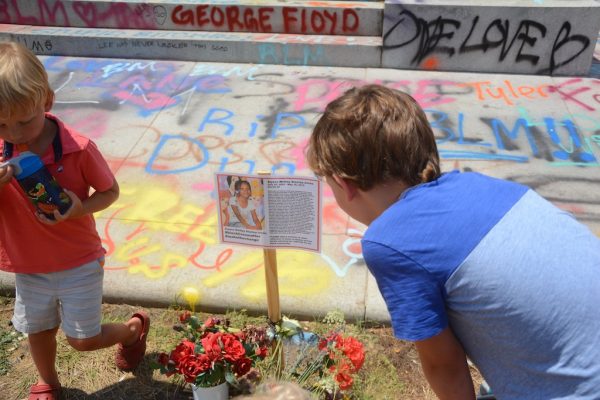 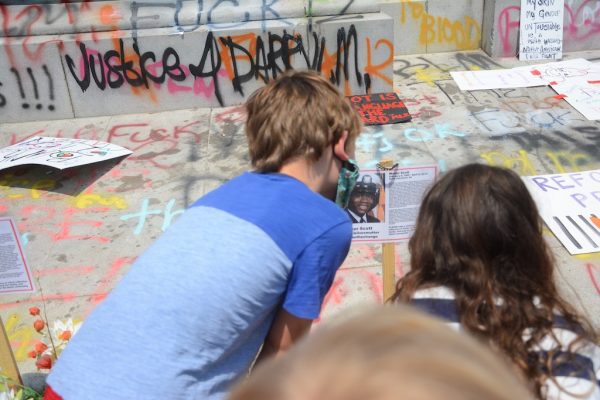 I had prepared myself for the language that decorates the monuments. My older two kids can read, and as we passed Stonewall Jackson, one of them read obscene graffiti.

“What does that mean?” he asked, repeating the word.

Before I could even tell him to not say it, he’d repeated it four times. I had already thought through my response. I explained that angry people use strong language to express themselves.

What I hadn’t planned for is that the monument has been turned into a memorial. It is encircled with photos and stories of black people who have been killed by police. My kids can read, and these names, faces, and stories were on display.

I’ve talked about police brutality; I’ve explained George Floyd’s death. I have not talked about Tamir Rice, or Trayvon Martin, or Aiyana Stanley-Jones.

“Mom, that picture of the little girl? How old was she when she died?”

Seven. She was seven. And she was asleep when she was shot by police. 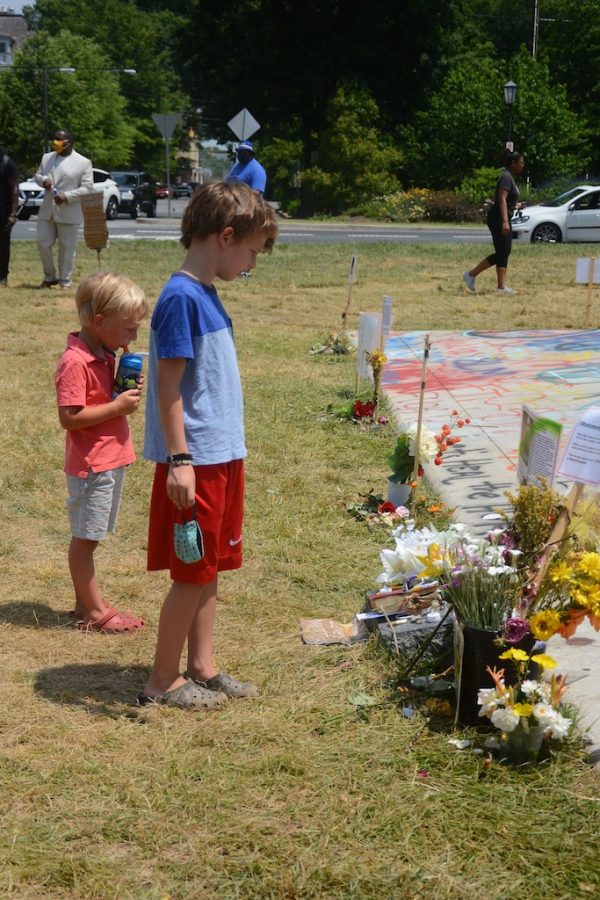 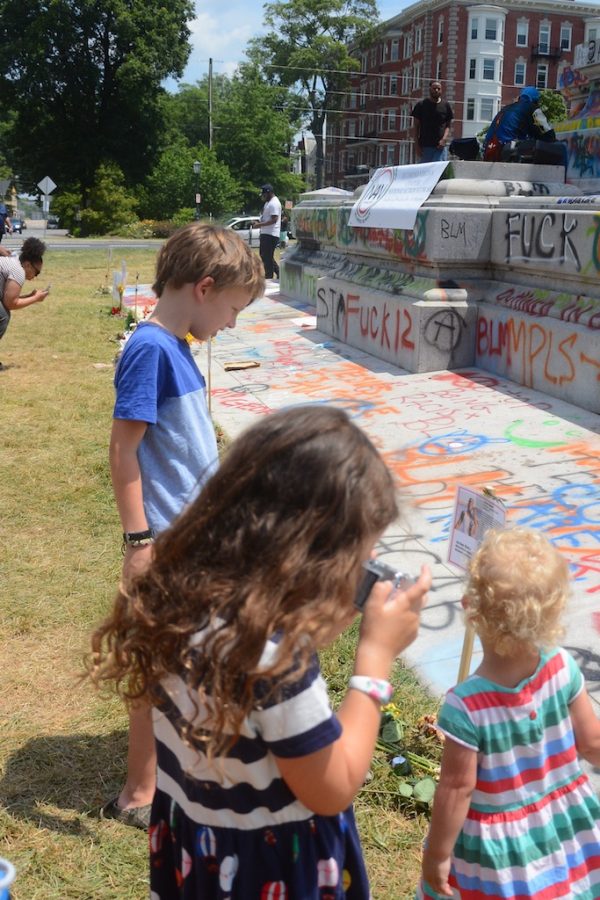 When the COVID-19 quarantine started, I told the kids that they were living through a moment in history. I encouraged them to journal and take note of changes they see around them, and how they feel through it all.

Now here we are, in a different moment in history that we couldn’t have predicted, but has been welling up for centuries.

I wanted them to see it for themselves, to feel the Richmond heat and let it soak into their bones.

David read every single memorial. Mary took photos with the camera she got for her birthday. Thomas asked for snacks, and Anna clung to my leg. We all breathed hot breath through our masks, reminders that we’re still in the middle of a global pandemic. 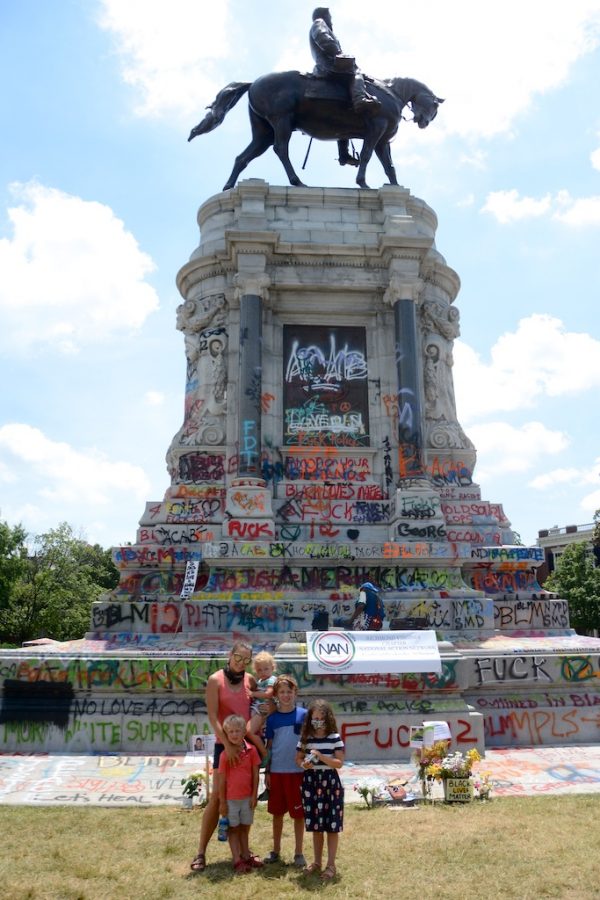