Anna calls David “DayDay.” She calls Mary “MayMay.” She calls Brigham “Ma,” and she knows the names of several neighborhood dogs. In an ultimate little sister power move, she doesn’t even attempt to say Thomas’s name. 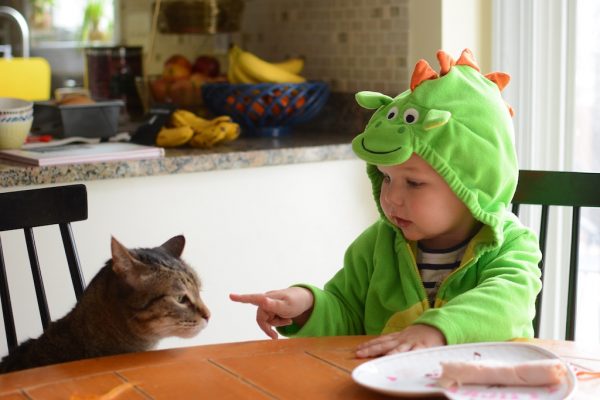 There are actually a lot of words Anna doesn’t attempt. She has a decent vocabulary, but she’s almost impossible to understand. I know that language development happens on a huge spectrum, and that my four children do not make up a sample size, but her speech is so different from my other kids’ that I was actually relieved when the pediatrician recommended we get her evaluated for speech therapy.

Relief is a very, very different than what my response would have been if this had been my firstborn. When David was a baby, one of my friends mentioned the number of words her daughter was saying in a blog post. In response, I started counting the words David was saying so I could put his number in a blog post of my own. (Take a moment, shall we, for poor first borns and the world of pressure and fret they are born into.)

When I realized that David was saying a lot fewer words than my friend’s daughter, I was tempted to lie just to assuage my own first-time-mommy concern. Tempted to LIE! To win a competition that wasn’t even happening! Comparison, truly the thief of joy.

With Anna, I’ve taken this recommendation in stride. “Classic case of Fourth Baby Syndrome!” I keep saying. (Note: I do not know if this “syndrome” is a real thing.)

Fourth Baby Syndrome, meaning Anna isn’t talking because she doesn’t get a chance. Because our house is so loud, and everyone talks for her. Plus, Anna doesn’t get quiet time to hear words and practice vocabulary. No one is surprised when I tell them that her first word was screaming NO! And that when she needs something she shouts, MOOOOM! 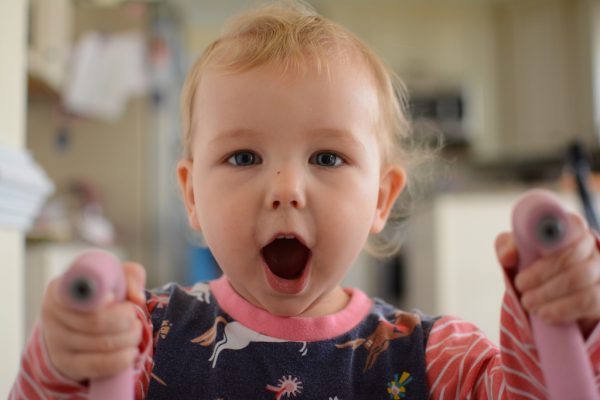 I walked into Anna’s initial speech assessment with absolutely zero worry. “Fourth Baby Syndrome!” I confidently told the woman doing our assessment. She laughed and continued asking me questions about Anna. I answered these questions glibly, wanting to skip ahead to the part where she writes, “Classic Fourth Baby Syndrome! She just needs a little help with pronunciation and then we’ll be on our way!”

Then she noticed something about Anna and asked me about it.

“What? Um, I don’t think so. I mean, maybe she does that,” I responded, looking at Anna doing the exact thing she was asking me about.

Immediately my glibness evaporated and was replaced with defensiveness. The worry I thought I’d gotten rid of somewhere between baby number one and baby number four reappeared and sat right on my shoulder.

All it took was one small observation for my confidence to disappear. Turns out all that back-patting I was giving myself for being immune to worry might have been preemptive. It’s not that I’d evolved into a confident, care-free mom, it’s that I had put this situation into a box. Once my definition of what was going on was challenged even the teeniest bit, all of my perceived confidence unraveled. 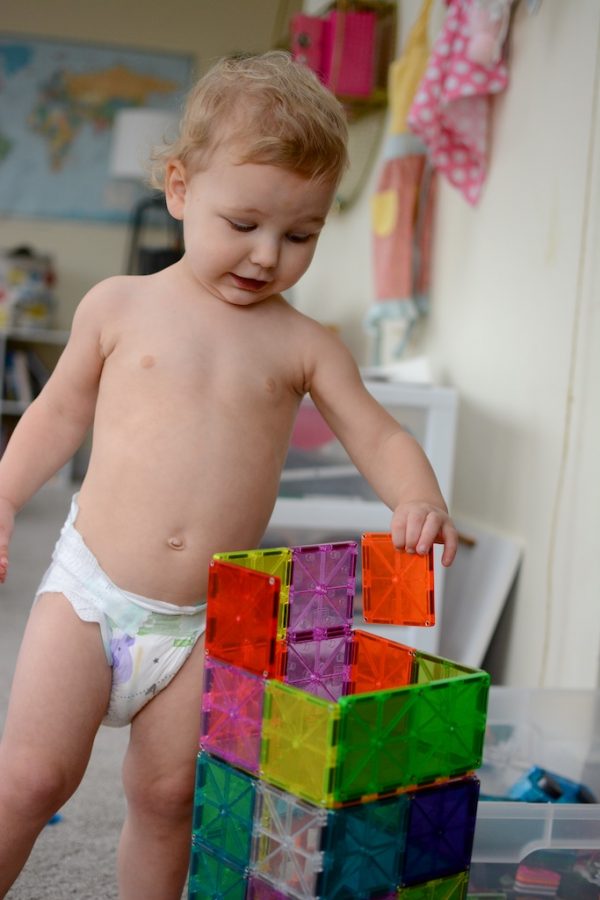 A week after Anna’s intake appointment we had a two-hour assessment with a speech therapist and a pediatric physical therapist. Even though our concerns weren’t with her physical development, both specialists observe her overall growth and development.

To say that Anna aced the physical development portion is an understatement. She performed as if I had trained her for it (promise I hadn’t). They handed her a jar of blocks to see if she could stack a tower of at least seven blocks. She immediately made a 9-block tower, knocked it down, then put the blocks back in the container and handed it to the therapist. She strung block beads, something I’ve never done with her, did zippers, puzzles, and then for extra credit she got up and opened the child lock on the door and let herself out of the appointment.

Both therapists laughed and said they’d never seen a kid do that. I told them that she gets plenty of fine motor practice with her siblings’ toys, and thought about adding that sometimes she drives them to school, but was worried that they might believe me. 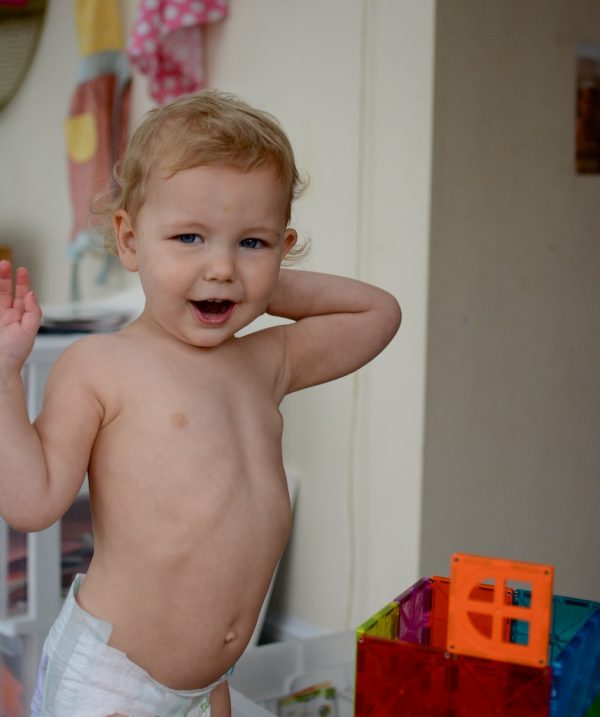 The speech assessment took a little longer. First, the therapist had to break through Anna’s shyness so that she’d actually talk. Plus, she had pages of questions to ask me about Anna.

Early in the assessment, she mentioned the observation that had me worried from the intake appointment and dismissed it. “I think that was just a fluke,” she said.

Eventually, the therapist told me her observation was complete and left to write up her report. I braced myself for her recommendations. 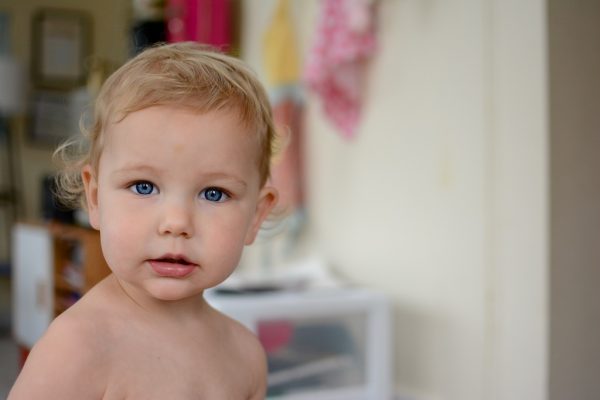 When she returned, she looked at me, sort of apologetically, and said, “I don’t think Anna needs speech therapy.”

And then, as she explained her reasoning, I felt a wave of disappointment. I was absolutely unprepared to feel this way, because I didn’t realize how much I had written this narrative. It was supposed to go my way, the way I’d planned and prepared for. I was supposed to walk in with a problem and walk out with a fix.

It felt like when you take your fussy, sleepless kid to the doctor and they tell you, “Great news! No ear infection!”

On one hand you’re thankful for a healthy kid and that you don’t have to do a round of antibiotics. But on the other hand you kind of wanted a solution, a magic pill (or in this case, pink medicine) that could just solve your problem. 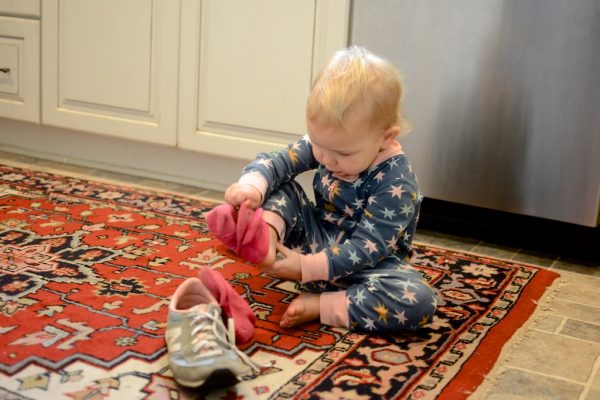 Anna is a little behind, but not enough that it warrants therapy. Just enough that we need to work on a few things at home, and to give her time.

The therapist said that Anna has a lot of deletions (dropping consonants), but that they’re within the normal range for her age. And some of the things she’s doing — like putting five words together to make a sentence — are actually advanced for her age.

The therapist actually thinks Anna is trying to talk too fast. I’m not sure whether to blame my Franklin County accent or that I listen to podcasts at 1.5 speed. 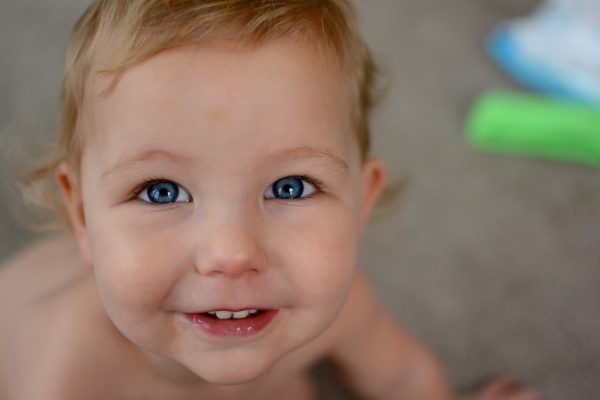 The whole speech therapy rigamarole doesn’t feel like a waste to me, even though we ended up exactly where we started. I have been concerned about Anna’s speech, so it’s nice to have an expert weigh in and give me some really useful tips and information.

On the other side of it, it feels like Anna, with her limited vocabulary, is telling me that I haven’t figured out nearly as much as I thought. Sure, I’ve changed and grown a lot as a mother, but I don’t know if I’ll ever get to a place where worry isn’t just below the surface when it comes to my kids’ well-being.

I have blogged about about my struggle to trust God with my kids so many times, and I’ll continue to write about it because I don’t think there is a simple fix. I think it will be a theme in my experience as a mother. It is a wild ride, this holding, growing, letting go.

Whether it’s my first kid or my 12th, I think I’ll always butt my head against the desire to control outcomes and manage situations. But whenever my lack of control is exposed, it’s a gift. Because the One who is sovereign is good. He is loving, caring, He has a plan, and He can be trusted.

Plus, He can understand every single word Anna is saying. (She’s saying she wants me to get over myself, and that she doesn’t have Fourth Baby Syndrome. Because, don’t you know? She’s not a baby, MOM!) 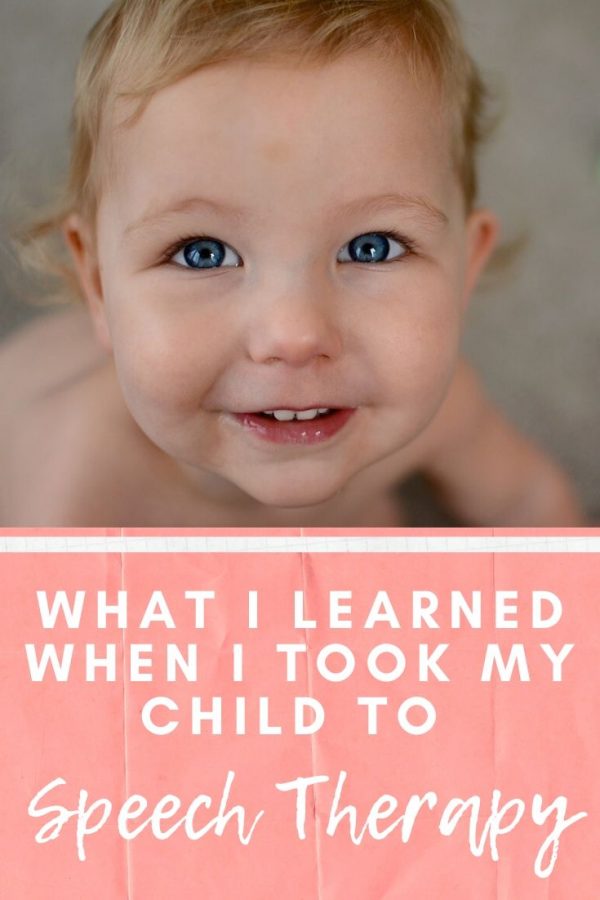