My little Anna-bird with a broken wing. 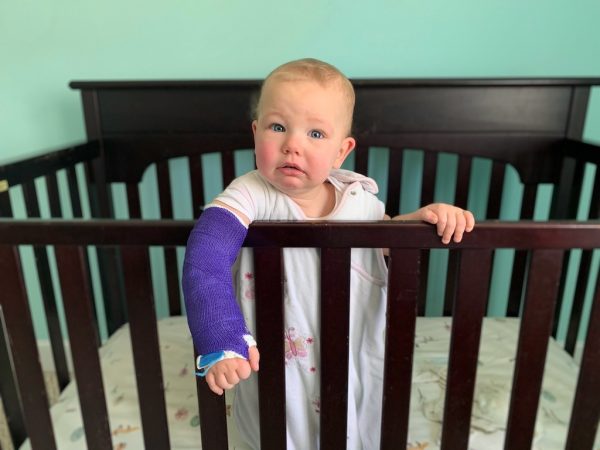 Ok, that was a little dramatic. Sorry.

A more accurate description would be: my 16-month old (who has a penchant for climbing) with a buckle fracture. But that doesn’t have quite the same ring.

When I posted a photo of Anna with a cast, several people said they hoped for a blog post with the story. Unfortunately, there’s no dramatic story. (Actually, it’s fortunate. Dramatic stories that result in broken bones usually aren’t fun.)

Here’s the entire story: She was trying to climb on the kids’ art table and she fell.

The whole thing was very normal and not exceptional except that after the fall she would not calm down.

It probably does not surprise you to read that falls, trips, and scrapes are common in our home. Like all kids, our kids are rowdy and do not always listen when we ask them to stay off the furniture, stop running, and please don’t body-slam your brother. Or, if you must, go outside.

Anna fell maybe 18 inches onto a carpeted floor and she was hysterical. Anna is generally not dramatic, but she screamed and screamed so much that I stopped cooking and sat down on the kitchen floor and held her. When that didn’t work, Tom took over dinner and I went upstairs and rocked her in a quiet, dark room. When that didn’t work, Tom tried to distract her and make her laugh. She would calm down for a moment, then get upset all over again. Tom studied her and realized that she started screaming every time she put pressure on her right wrist. She could use her hand to hold things or reach, but she couldn’t tolerate pressure at all.

We realized this at 7:00, obviously, because this sort of thing only happens at bedtime. Tom called our friend, who happens to be an orthopedic surgeon, and he generously came over to check her out. He touched it one time and immediately told us it was broken.

I’m really good at identifying poison ivy and I can do a great impression of a cat meowing, but diagnosing broken bones? Talk about a useful skill set!

When I was a kid I broke a few bones, but each time it was obvious. My broken wrist was U-shaped, and when a horse kicked my hand it was so disfigured that I couldn’t even look at is without feeling nauseous.

Kids these days! They have secret broken bones that take parents DAYS to figure out. If you ask almost anyone whose kid has broken a bone, the story almost always includes, “It was broken for several days before we took her to the doctor.” That’s what happened when David broke his growth plate (also diagnosed by our friend), it’s what happened to this little girl who broke her femur!

I get frustrated that my kid can’t tell me when their ears are infected! If they can’t even tell you when they have a BROKEN BONE, then we have no hope.

She has a buckle fracture, and she’ll have a cast for four weeks. 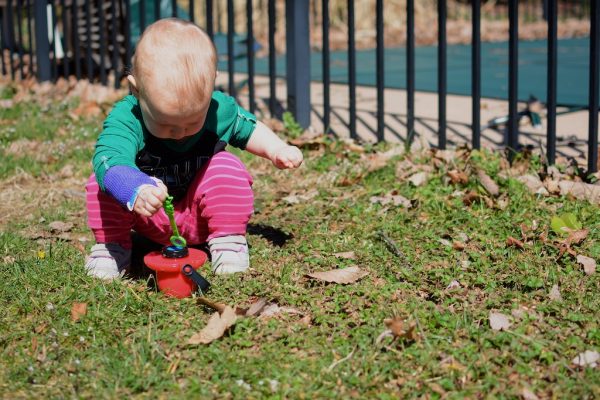 Since Anna got her cast, I’ve developed this habit of looking back at Instagram and blog posts my friends have written when their kids have broken bones. Almost always, they say something about how the cast doesn’t slow their kid down, nope! Not one bit! Then they relate that experience to saying that this resilience is evidence that they will, one day, rule the world.

Anna has only had the cast for a week, but I would say that she’s definitely affected. She can’t bend her wrist or her elbow and, um, she’s noticed. We’ve essentially hobbled someone whose demographic is already known for frustration because they can’t master their surroundings.

It’s not a huge hardship, but if Anna had to choose cast or no cast, she’d choose no cast.

(I don’t think this is an indication of whether or not she’ll rule the world.) 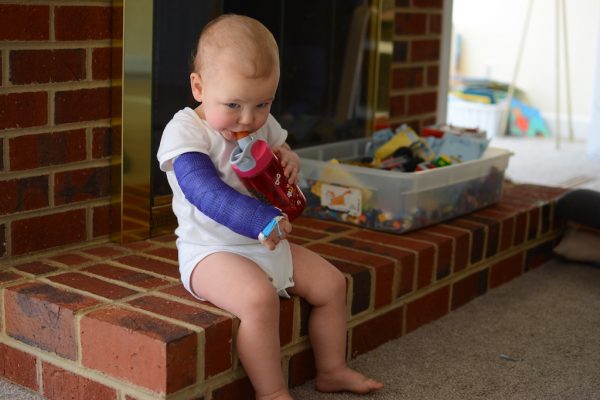 The cast makes climbing difficult (it doesn’t keep her from trying to climb, it just makes it harder), she can’t grasp toys as well, and she can’t use her right hand to eat. Yesterday she had a bit of cheese stuck on her thumb, and watching her figure out what to do was a “why doesn’t the photographer just flip the turtle over?” moment. She did figure it out, and pretty quickly. She now picks up food with her right hand, puts it in her left hand, and eats.

…While I was writing that story it occurred to me to stop and thank Jesus that she’s not a thumbsucker. WHAT WOULD WE DO!??!?!? 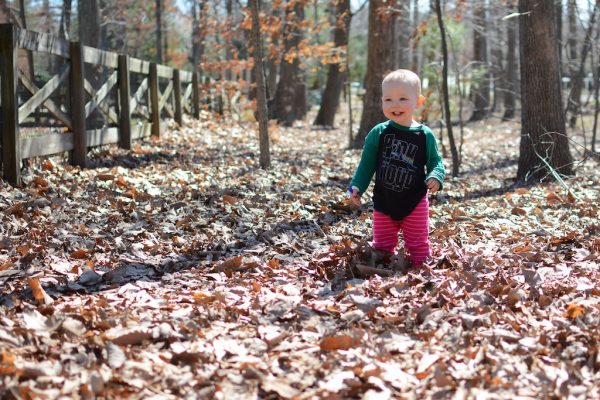 The upside to the cast is that I had to dig through bins of clothes to find things that would fit, and Mary’s 4T Pink Floyd shirt is now in daily rotation. That and that it’s protecting her bone so it can heal properly. Details.

We are also very, very thankful that she hasn’t yet figured out that we’ve outfitted her with a club. 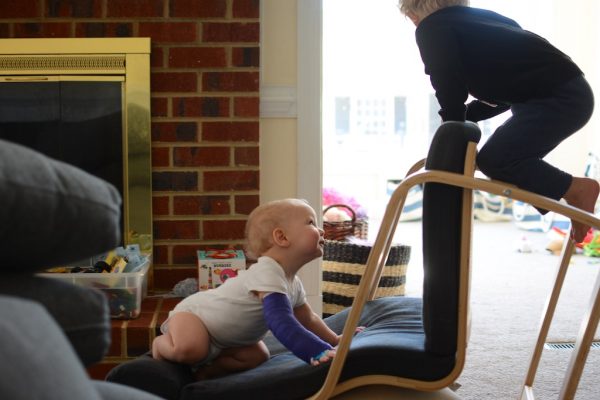 For me, it’s a bummer that she’s frustrated. The worst part is getting her dressed and in and out of the car seat. These are minor issues, though. I know she won’t remember it at all, and even for me it’ll be a distant memory soon enough.

But my big kids? They’re forever changed. For the rest of their lives, they’ll look off into the distance and fondly recall that one evening that Anna was crying so hard that Mommy and Daddy let them watch TV before bedtime.