On the morning of Thomas’s preschool field trip to the pumpkin patch, I was in the bathroom frantically getting ready. Because she never strays farther than six inches from my heels, Anna joined me in the bathroom. She insisted, INSISTED on using my blush (I tried to just hand her the blush brush but baby number four is not an idiot. She screamed until I put actual blush on the brush. Which I consented to because by 7:30 a.m. I’m already screamed-out for the day.)

She used blush, smacked her head with Mary’s hair brush a few times, and even asked for a little lip gloss. (If anyone’s reading and wondering if maybe they’ve missed a few birthday posts, you haven’t. Anna is still just 23 months old.)

It’s as if she knew she was going on a field trip with big kids. 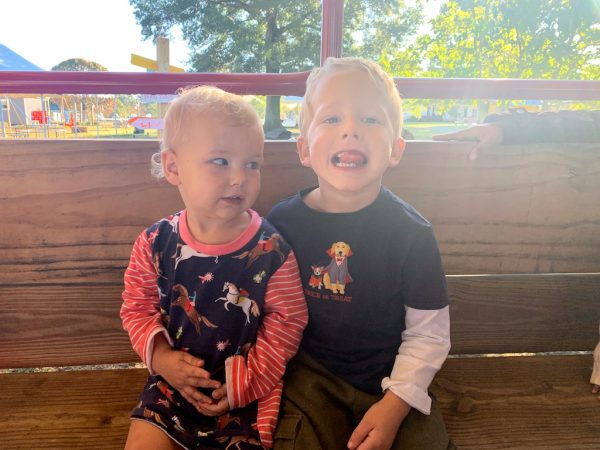 When your big brother is embarrassing you on the hay ride. BE COOL, THOMAS! 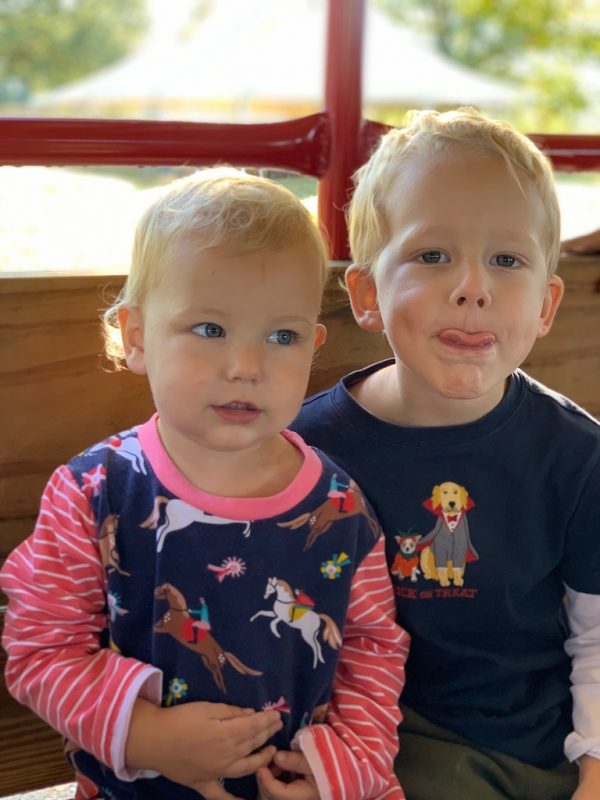 This is the seventh time I’ve been on this exact field trip, so I knew it would be a fun morning. I didn’t realize that Anna was going to take this opportunity to run for student body president of the preschool.

Surrounded by big kids, she asserted herself as one of the group. She wouldn’t sit on my lap and didn’t like when I tried to pick her up. She did like the horses, the hay tower, the tube slide. While Thomas ran around with his friends, Anna ran around, too. 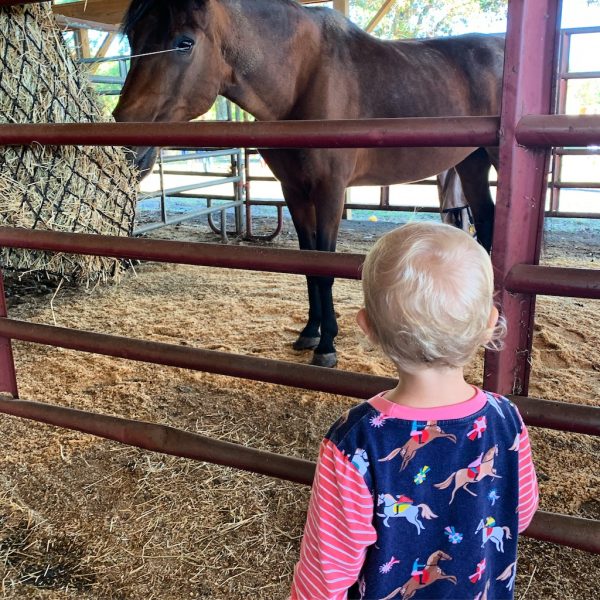 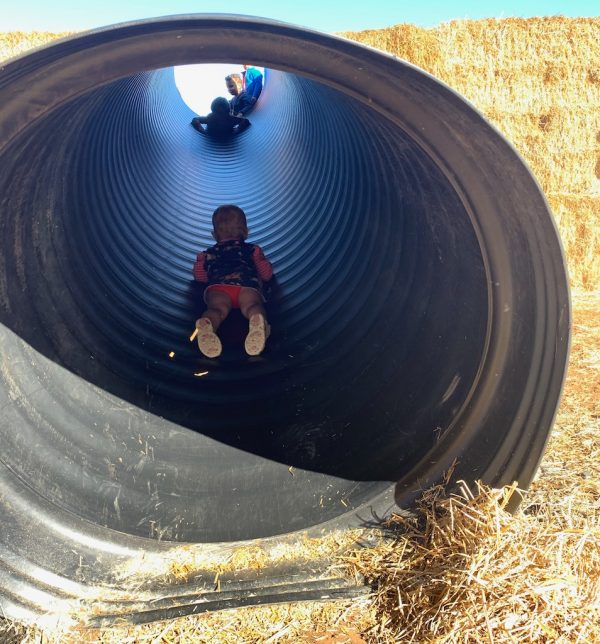 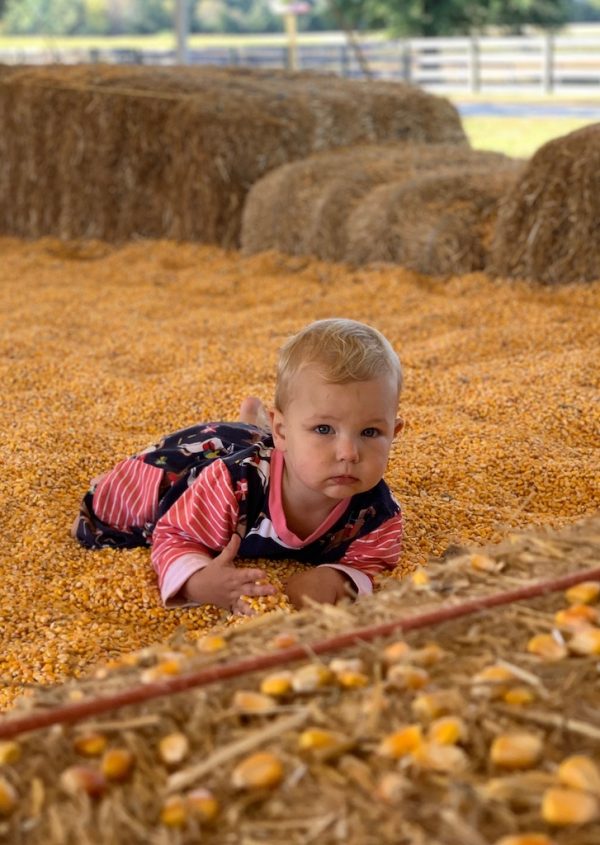 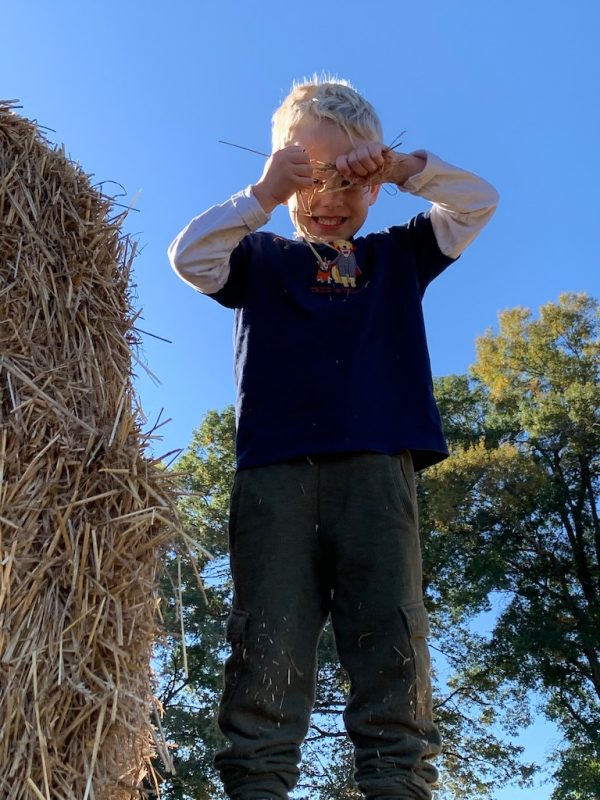 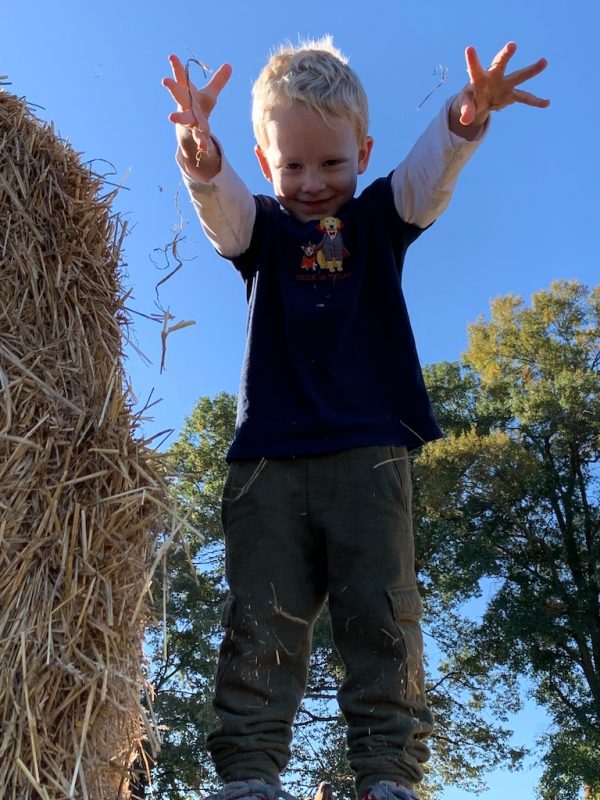 I wasn’t planning on getting a pumpkin for her, but then she found this one and wasn’t interested in putting it down. A perfect Anna-sized pumpkin. Not one person walked by her without making a comment about how cute Anna was with her pumpkin.

Ok, fine. I’ll buy you an over-priced pumpkin. That’s how cute you are. 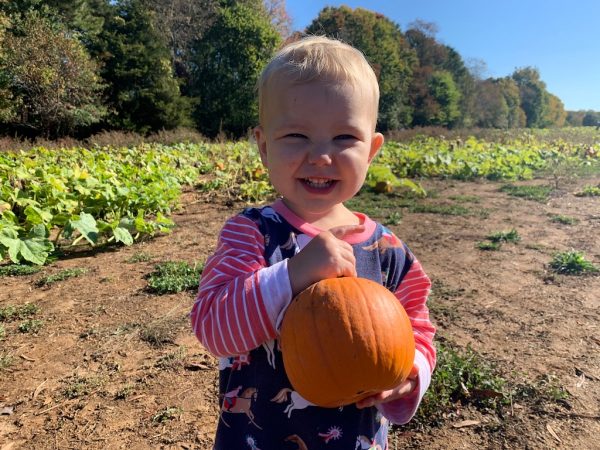 Thomas found this giant pumpkin that I had to carry all the way to the van. In a shocking turn of events, not one person mentioned how adorable I looked holding an Amanda-sized pumpkin. 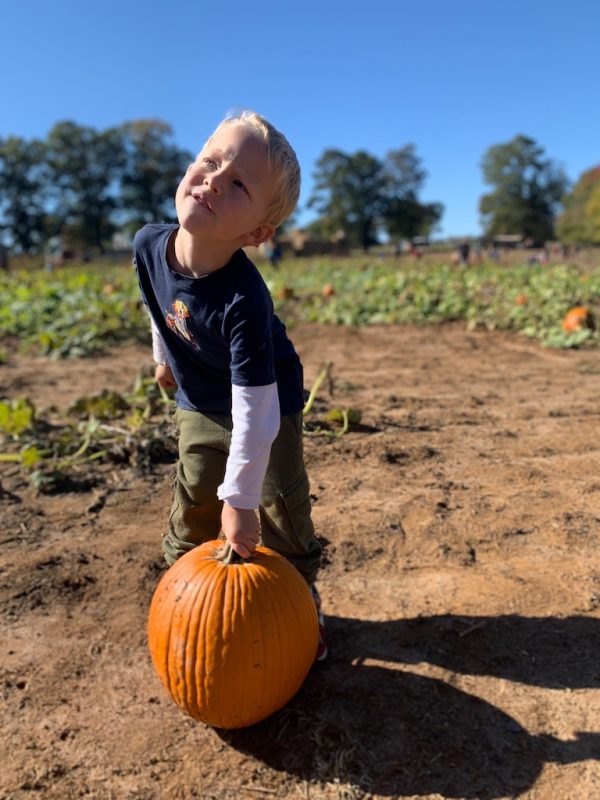 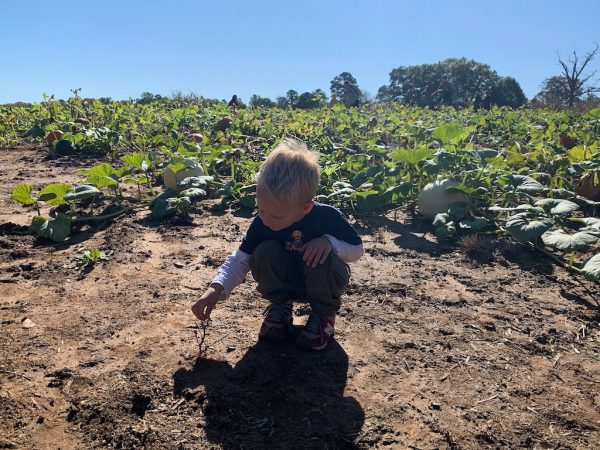 After the pumpkin patch we had to go to the grocery store to pick up a few things. While we were there I decided to get more pumpkins since Halloween is nigh! I’ve been waiting to take the kids to pick out their own pumpkins but at this rate Halloween will come and go and we’ll never find time to get pumpkins.

I grabbed a four good carving pumpkins and put them in the cart.

“Wow, Mom!” Thomas said as we wheeled away from the display. “That sure was easier than when we had to walk through the field and find a pumpkin hidden in all those vines!”

And just like that Thomas wrote my thesis statement on the pumpkin patch trend. 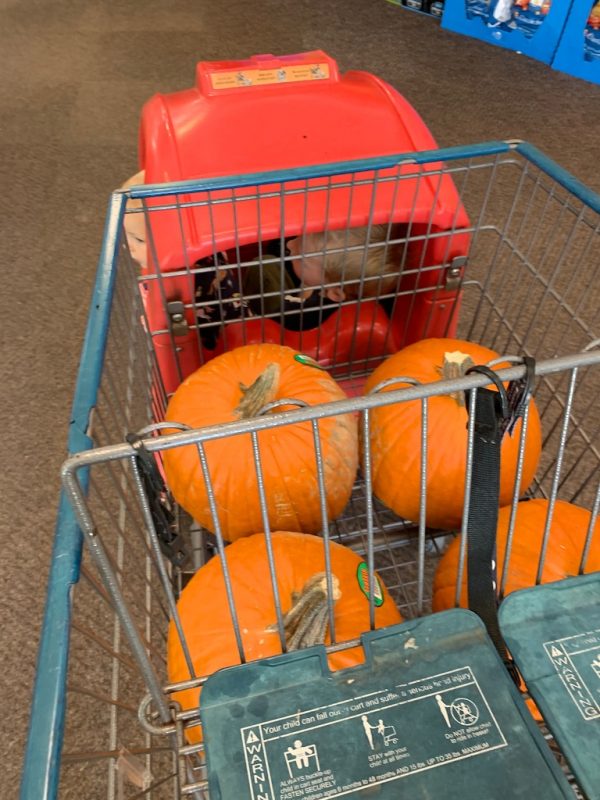