This is Thomas’s birthday week. He turns four on Sunday, and we’ve been building up to his birthday in small, special ways — a happy birthday banner on the mantel, a special “T” balloon on his chair. 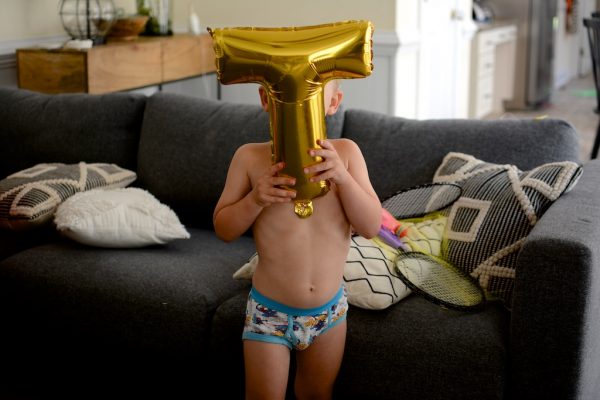 Almost every day we gently explain to Thomas’s siblings that the reason we have different expectations for him is because he’s three. He’s one of the big kids, yes, but he’s also still very young and so he has different responsibilities and different consequences.

“He’s three,” we tell them. “When you were three things were different for you, too.”

As a three-year old, Thomas doesn’t have the maturity or dexterity to join in on the big kids’ games, even though he desperately wants to.

Thomas also has big emotions and is often over-tired, and he expresses those big emotions with tantrums, refusing to contribute, or doing things like hiding under the table for the entirety of dinner.

“Stay in your chair, Mary,” I say, raising my eyebrows. “Eat your dinner.”

“But why doesn’t Thomas have to eat?” she asks.

“Because he’s three,” I answer.

“Well, Mommy,” Mary replies. “Thomas will be four soon and even when he turns four I don’t think he’s going to be any different.” 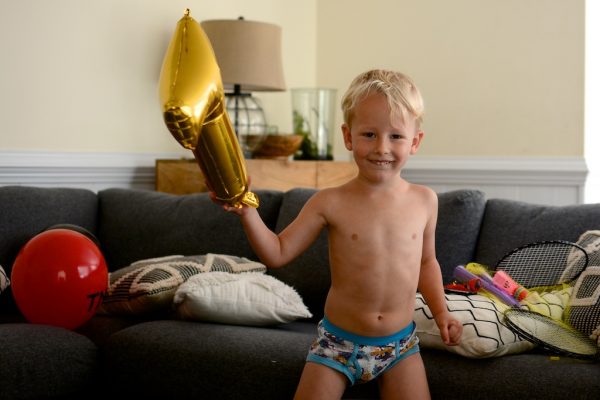