Thomas had a field trip to the pumpkin patch last week. It was a cold day, so I packed two jacket options for each child, hats, and a blanket just in case. A few days earlier my phone’s camera broke, so as I packed I made a mental note to ask one of the adults to take a photo for me.

It’s funny, because when David took his first field trip to the same pumpkin patch as a three-year old, I had his 16-month old sister in tow and I was in my first trimester of pregnancy with Thomas and I still managed to bring my DSLR.

(This is actually the fourth time Thomas has been on this field trip, but the first time it’s HIS trip with HIS class. The other three times he was tagging along with his siblings, like Anna did this year.)

Thomas didn’t know until we were en route and he shouted that we were going the wrong way to his school.

Before David’s first haircut I drew him PICTURES to prepare him for what was going to happen. When Thomas had a field trip I couldn’t even get organized enough to even mention it ahead of time!

Poor third kid. Or poor first kid, I suppose, depending on how you look at it.

We had a really fun time, and the predicted rain held off until right when we were leaving. 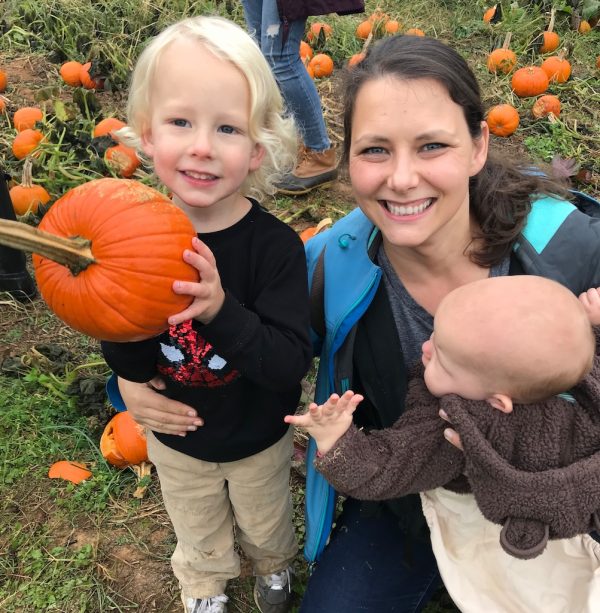 On the drive to the pumpkin patch, Thomas told me that he was going to pick two pumpkins, one for Thomas and one for Daddy.

“That’s really sweet, Thomas, but everyone only gets to choose one pumpkin.”

“Oh,” he said. “Then Daddy will have to get his own pumpkin.”

Mary Virginia also took field trips to the pumpkin patch (here, here, here) but she didn’t get a blog post or DSLR pics. Whoops. Maybe it’s the second child that officially gets the shaft?? Take note, Mary Virginia. When your therapist asks you for specific instances of inequity, here ya go.