My oldest kid is 10, and recently I’ve found myself in a phase of constantly looking for things that will inspire him to play. He can get a bit bored at playgrounds these days, and I can’t remember the last time he dumped all the bins in our playroom, looking for just the right plastic dinosaur to complete his dino army.

He does still play with toys, and he is still very much a kid, but I’m increasingly battling against the pull of video games and, even worse, his constant companion: boredom. No matter that he has three siblings, over one billion Legos, and a mother who is more than happy to produce a chore at ANY moment.

When all else fails, the answer is always nature. My older kids are straddling the line between being  kid and teen, and the thing that sparks awakens that curiosity and playfulness is always, always nature. Catching minnows in a bucket, making discoveries on our hikes, or watching the creek flow over the rocks — all of it is the exact thing we need when everything is boring and lame and it’s only 7 a.m.

Nature is magic. When they’re grumpy, or bored, or just need a reset, there is just something about the unpredictability and infinite discoveries in the great outdoors. This includes the park down the street and the backyard. It’s all magic.

When snow is in the forecast, there’s a flurry of excitement in my home. Everyone’s running around in inside-out pajamas and ice in the toilet. (Meanwhile I’m all, where did this stuff come from? Not me! I tell them to brush their teeth EVERY NIGHT and they still, every night, they act like it’s the first time. Brush our teeth!? WHY!?!?!? Then they hear from some kid that ice cubes in the toilet and a spoon in the windowsill makes it snow and suddenly it’s their religion. Wait till they find out this nonsense DOESN’T WORK but brushing your teeth DOES actually help avoid cavities.)

All it used to take for my kid’s eyes to light up was a new Lightning McQueen car. Now, it’s running to the window first thing in the morning to take in the snowfall. It’s getting suited up even before breakfast, and running outside to see if it’s a good snow for sledding or snowballs.

It’s staying out until you’re soaking wet and so hungry that you actually eat the healthy oatmeal breakfast your mom makes.

It’s going back out a few hours later, sledding until your cheeks are chapped, and staying until the golden hour when Mom can’t help but go outside and take photos of her kids in the snow.

They are, after all, only little once. 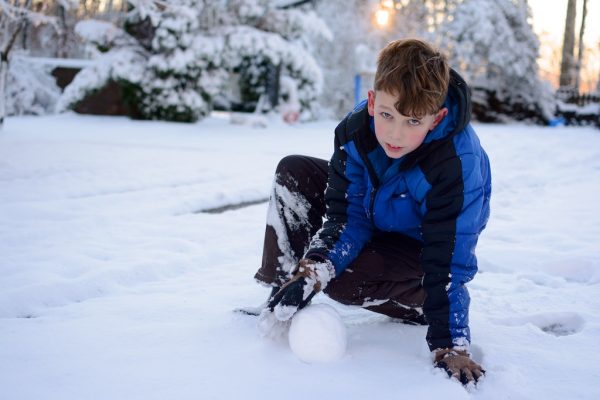 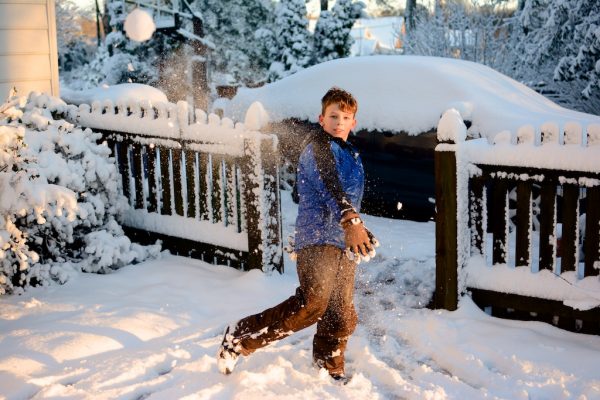 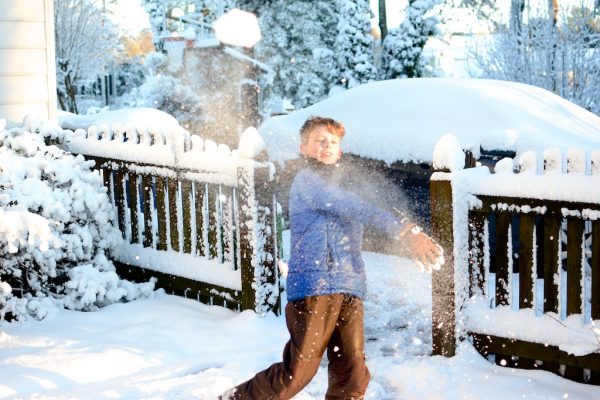 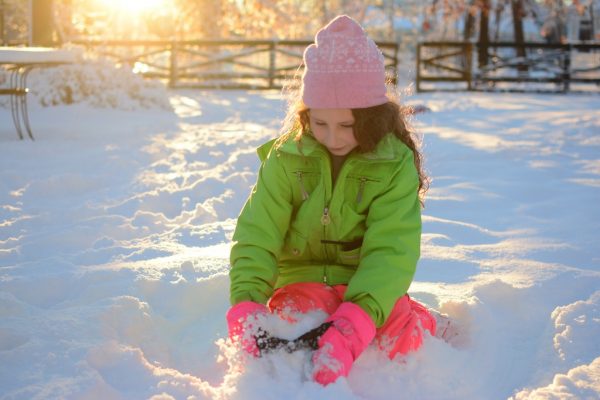 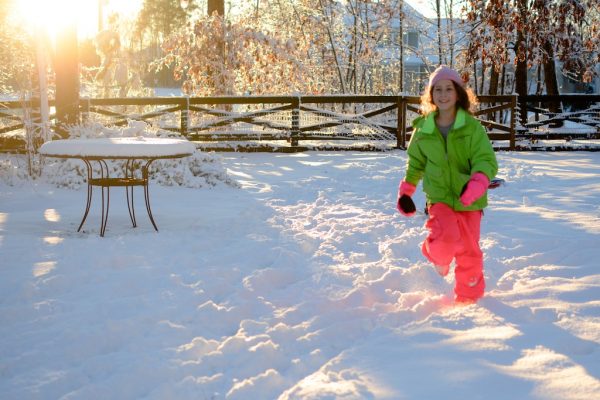 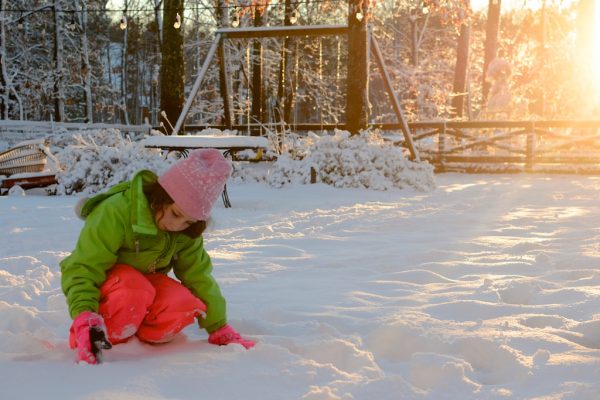 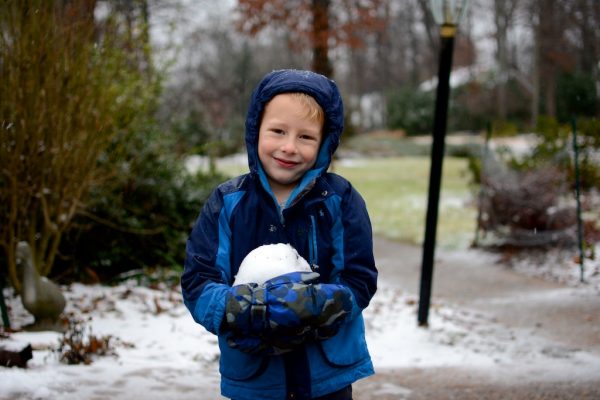 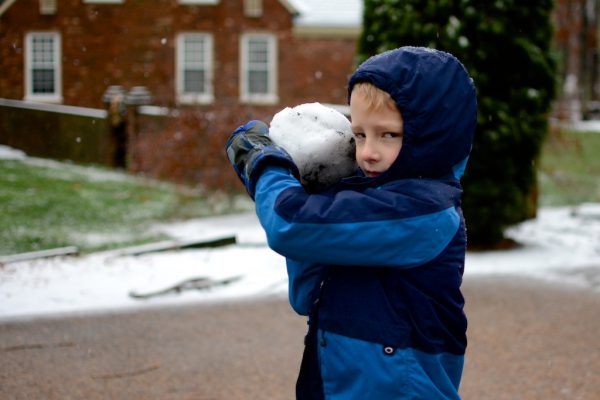 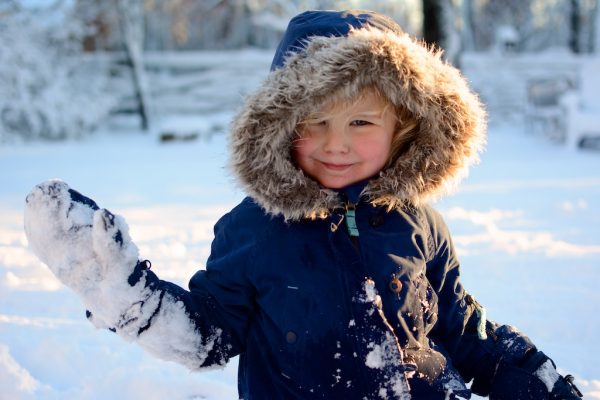 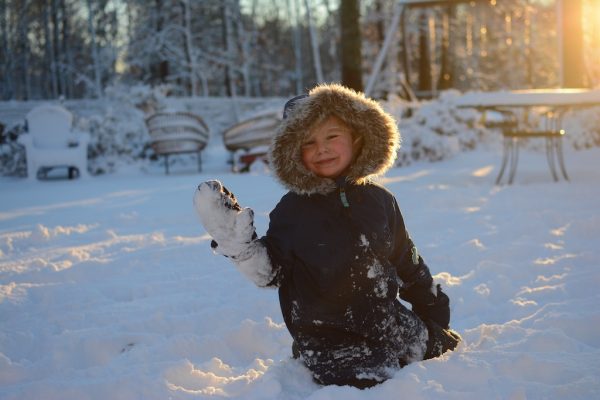 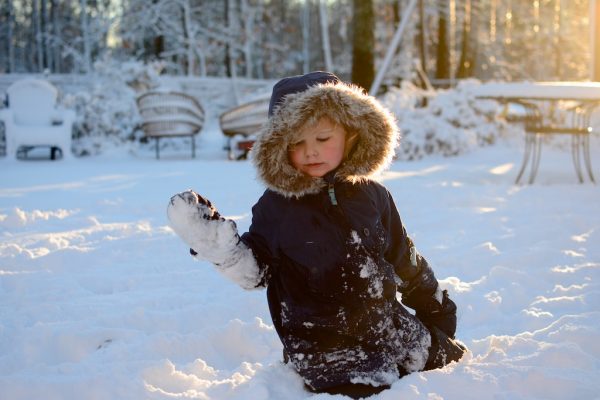 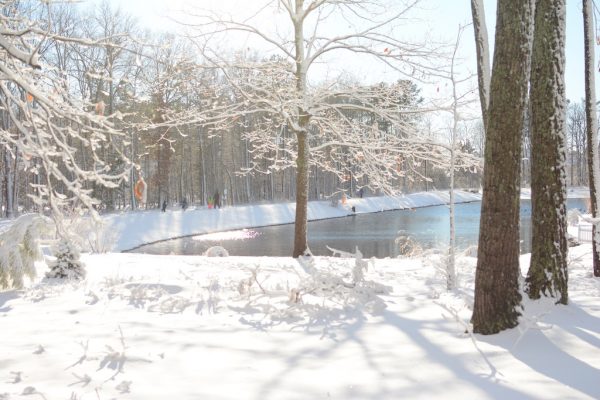 Walking with Dad to sled. Can you find all four Krieger kids + Dad? 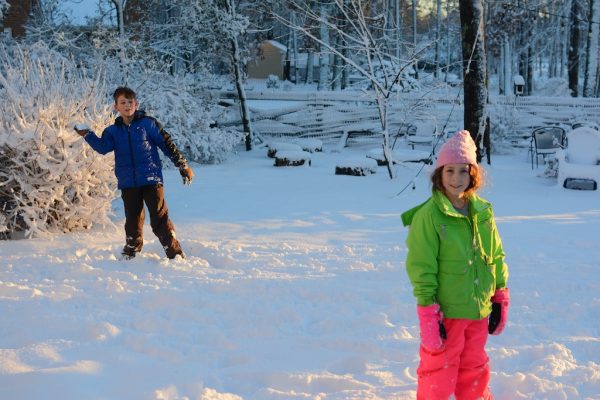 They staged these two photos. They thought the product was hilarious. 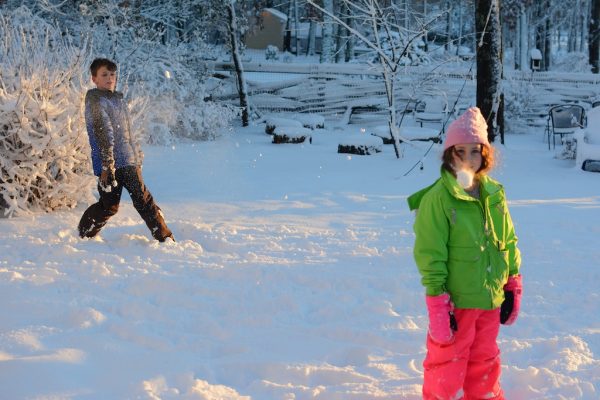 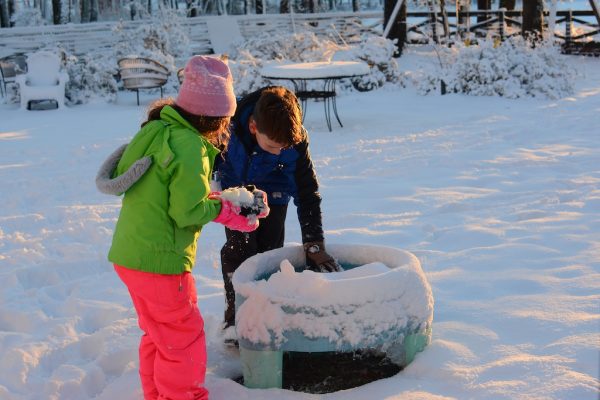 Playing in the water table. A fixture in our backyard for at least the past eight years. 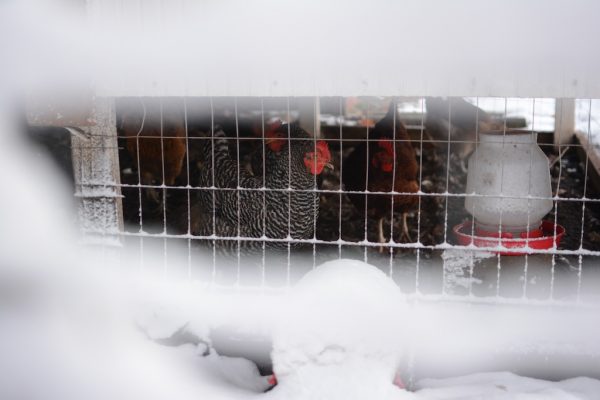 Ya know who doesn’t like cold, wet weather? Chickens.

The title of this post was inspired by this post, in which I talk about delighting in watching my kid play in the snow while I low-key just want to stay inside where it’s warm and dry. Perhaps some things never do change.