When school started in September, Tom sat down with the kids and created a schedule for them. The hope was to reclaim some of the structure that had been lost in the floundering, chaotic months of the quarantine.

The schedule includes a mandatory hour of outside time each day. Being the supportive spouse I am, I rebelled against this. Any structure at all feels claustrophobic and restricting to me, but to put parameters around outside time felt particularly heinous.

But, whatever, mandatory outside time it is.

We’ve been following this schedule since September (gold star for me!) and as I expected, when the kids start their outside time, they set their watches for exactly one hour. Their timers go off and they sprint inside to avoid the tragedy of spending even one more minute than required outside.

Mostly we’ve had beautiful, mild, sunny afternoons, but today Hurricane Zeta is here, and it’s pouring all day. The moment one of our kids mentioned something about “no outside time” because it’s “raining,” Tom shook his head wryly because, “Sorry, kids, rules are rules! Go put on your boots and rain jackets!”

And I started turning cartwheels and throwing confetti because RULES! Who knew RULES were so great!?!?!

The kids pouted their way outside while I yelled after them, something about exploring and discovering and splashing. They’d been gone for under five minutes when David ran up to the door.

“MOM!” he shouted. “We NEED a camera. We NEED pictures of what we’re doing!”

He was soaked, wide-eyed, and smiling. So I handed him my phone and made him swear to bring it back in pristine condition, then watched him run off with the excitement of a 16-year-old holding his dad’s car keys.

Here’s David’s intro video, “It’s me, David! I’m videoing for you, Mom!…Well, not just for you, for us! For everyone in the family to remember it!”

Is this the side effect of kids whose entire childhoods are photographed? Whose every Play-doh creation and cannonball is documented, written about, and over-shared?

Did their mother’s treatment of their childhood like it was her own personal newspaper beat  inspire them to take a look around and say, “Hold up. This is cool. Someone get a camera.”

I’m sure about this, though — as their editor, the content they came home with is awesome. 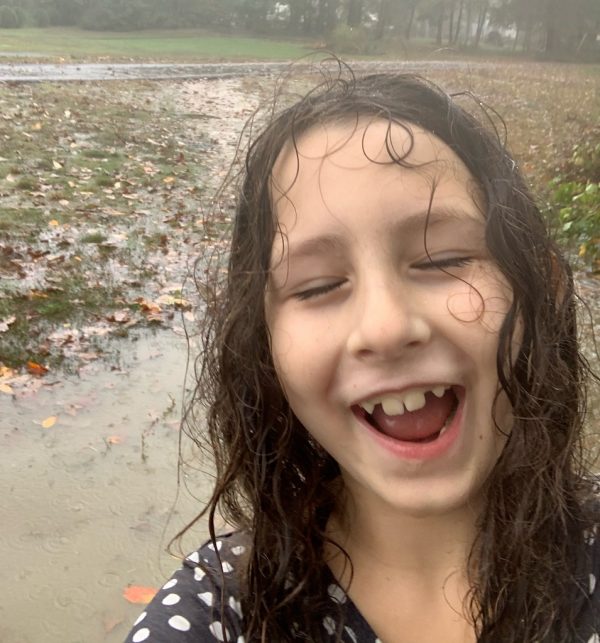 I call this one, “When you ask your sister to take some video of you jumping in puddles, but she has her own journalistic angle in mind. (LIKE PUTTING MY PHONE IN A PUDDLE!)”

They spent over an hour outside. When they came in I threw them in the shower, then wrapped them in fluffy towels while they excitedly told me about their adventure. 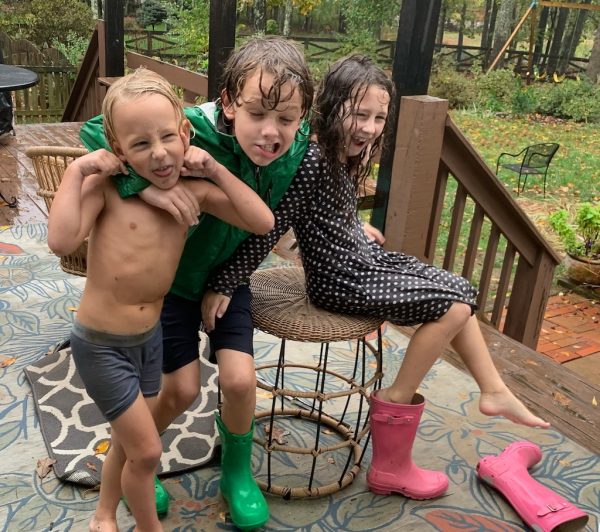 They’re all playing with Magnatiles now, while I type this and watch from the couch. It’s finally sunny, and the light is streaming in through the playroom windows.

I grabbed my camera (obviously).

Not just for me; for the whole family to remember. 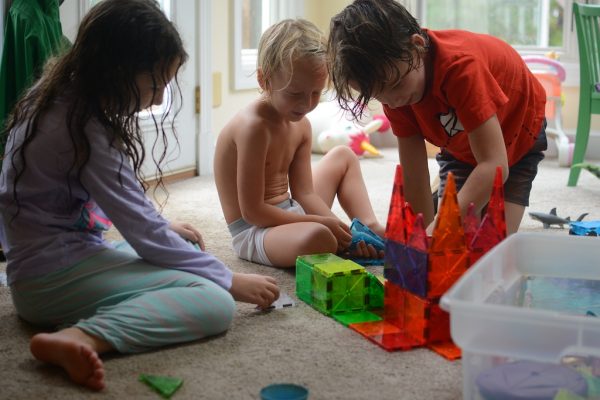 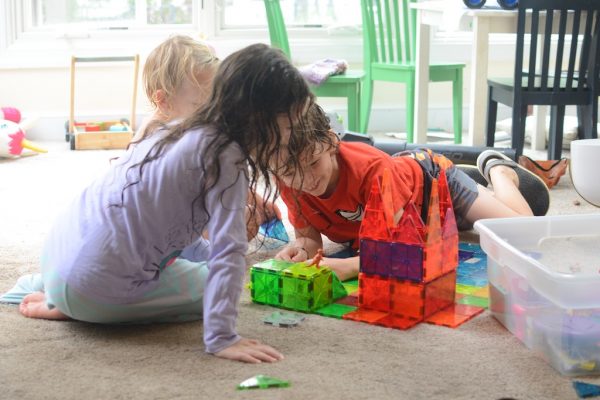