Shout out to everyone who lives in a moderate climate, waking up to a blanket of snow, beginning the early morning chore of unearthing snow bibs and waterproof gloves for children who CANNOTWAITANOTHERSECOND to go outside. 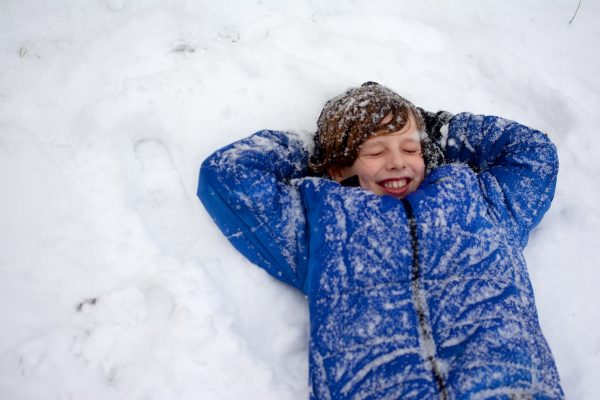 Since it only occasionally snows, all the snow gear is scattered here and there. Half of it is outgrown and missing its pair.

We dig around in closets and bins and grumble about how we haven’t even had our coffee — can’t this wait until 7 a.m., CHILDREN!? 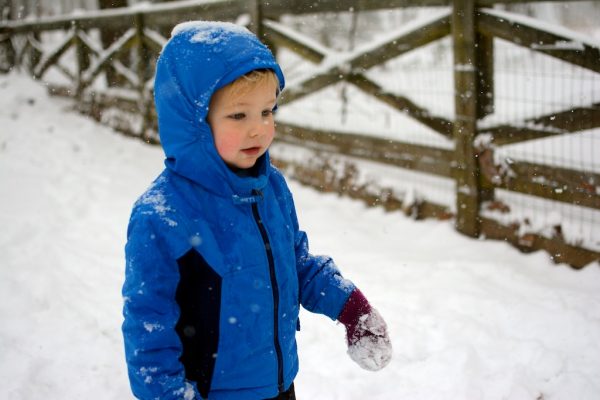 We found hand-me-down snow pants that fit our 9.5 year old, but they were pink so he opted for a size 6T snow bib that he couldn’t zip. (Even though mom PROMISED him that not only is it FINE for boys to wear pink, but also pink is punk rock.)

We covered every inch of Thomas with Gore-tex, complete torture for our son who almost never wears both pants AND a shirt at the same time. When I pulled his hood over his hat he growled at me, “How is someone supposed to have fun when they’re BURNING HOT!?!?” 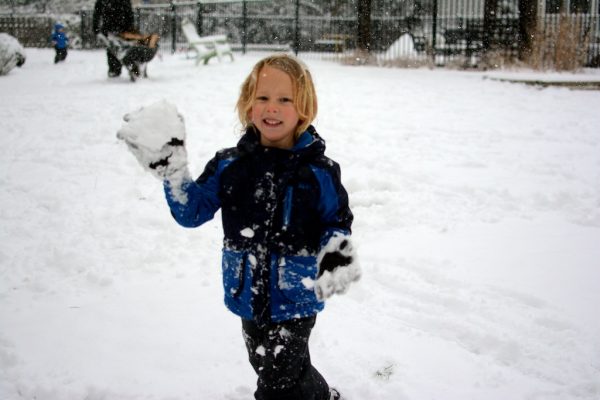 Everyone was wearing rain boots, and no one was happy about their mitten/gloves situation, but I thought we did pretty well for a family with four kids who haven’t shopped for snow clothes even once. 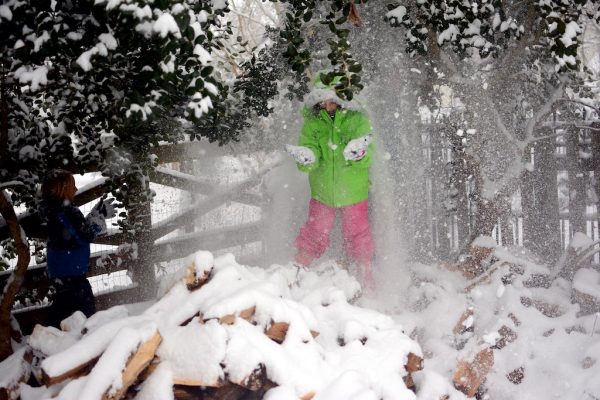 The problem was that no one believed me and Tom when we told them the importance of, for example, mittens. Or keeping your hat on. 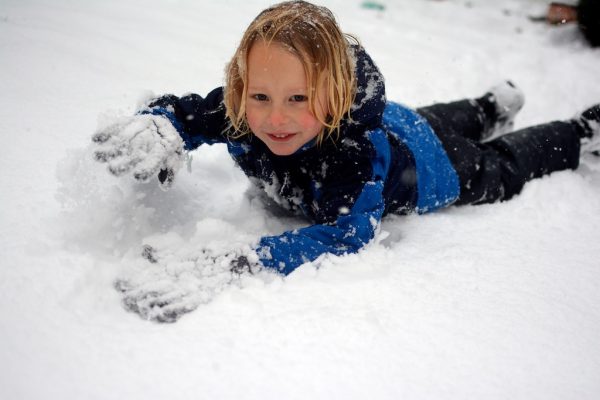 So when they came in shivering after 10 minutes, we held our “I told you sos” and instead stripped off their wet clothes and served a round of hot chocolate. 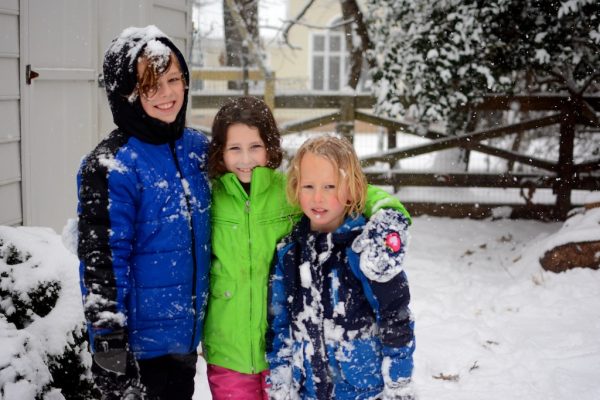 But an hour later, when we were bundling up the kids to join their cousins at their sledding hill, we used every second of zipping and velcro-ing to REMIND them that this is not our first rodeo. Mom and Dad are EXPERIENCED! We are not making this stuff up! Hats, mittens, zip your jacket, zip your complaining.

Tom made all the kids, dressed in mis-matched and ill-fitting hand-me-downs, repeat the mantra:

Then Mary leaned to me and asked, “But the beach is about fashion, right?” 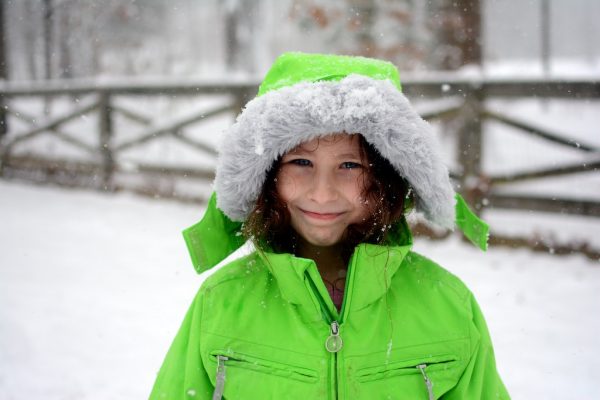 We get one or two good snow days a year, and sometimes none at all. And after a snow, it often melts the next day, as quickly as it fell.

But because snow is a sometimes thing, rather than a winter mainstay, snow days are so very special.

They’re even different than holidays that come predictably, right on schedule, year after year. Snow days are big, bright childhood surprises. Suddenly everything is cancelled and exciting.

I have such vivid memories of snow days from when I was a kid. I even remember specific sledding runs.

I couldn’t shake that thought all day as we played in the snow — the kids will remember this. They might not remember the details surrounding the snow day, even that on this particular snow day we were almost a year into a pandemic. But I bet they’ll remember that when they started getting cold, they didn’t care because they were having so much fun. 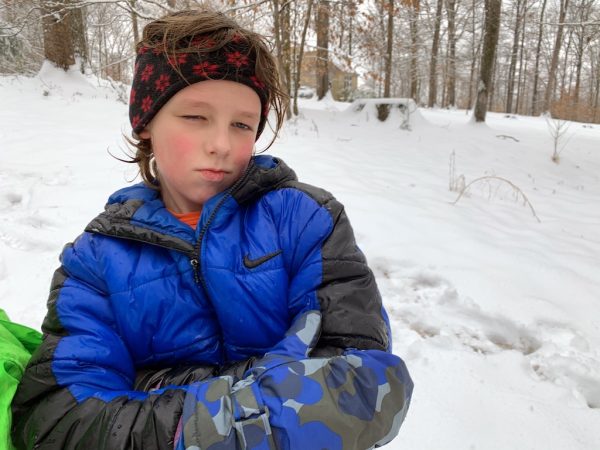 We’ll all remember Anna falling face first in the snow and, even before I brushed her off, shouting “I’n otay!” because that’s how motivated she was to go sledding. 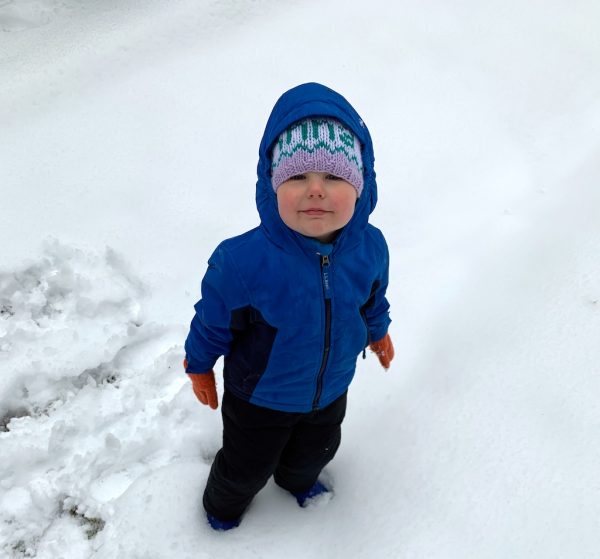 I’ll laugh anytime I remember Mary’s excitement, “Mom! We did sledding, we built a snow woman, and we had a snowball fight! The only activity we have left to do is make snow cream!”

They’ll remember the snow woman we made, whose head Thomas knocked off. 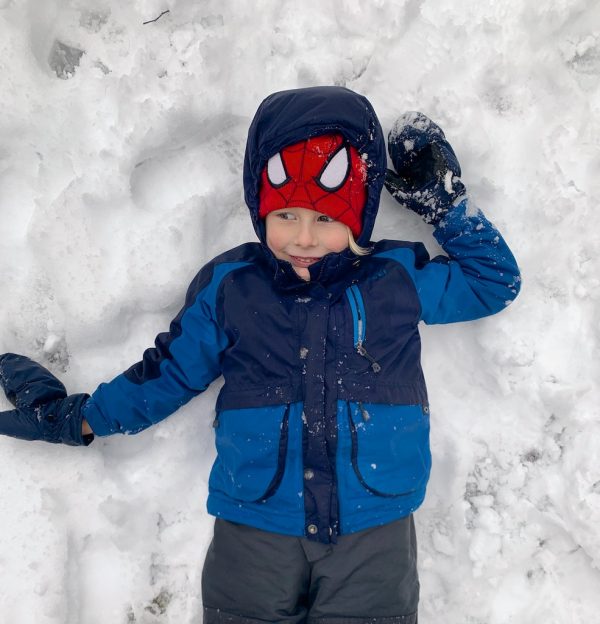 In years to come, they’ll tell their friends that the best, most extreme sledding hill in all the land is at their cousins’ house. And one day they’ll wonder, “Why did we only have one sled for the eight kids?” (Answer: because you guys broke our sleds on a mulch hill at the beginning of the pandemic.) 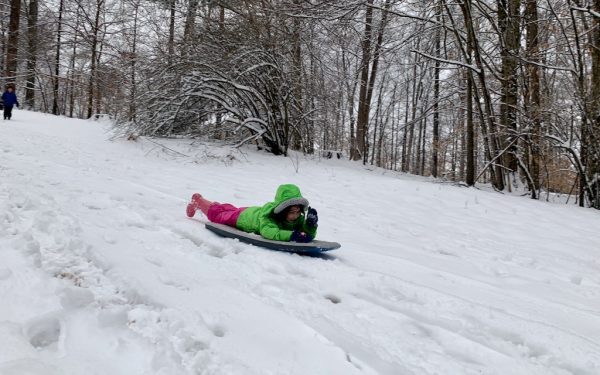 The kids ate and then dispersed around the house — the babies napped, and the girls went upstairs to play Lil Woodzeez, and the boys went downstairs to play video games.

Meanwhile, the adults warmed up by the fire, and told stories of what snow days were like when they were kids. 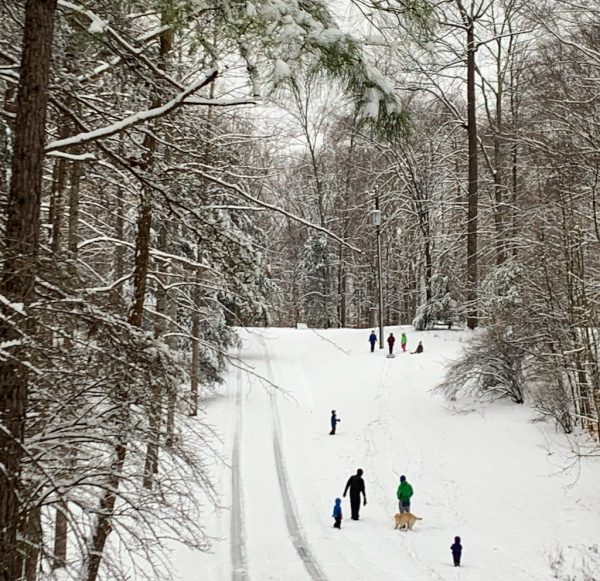