The Krieger family started 2020 with a bang. That bang came in the form of a stomach bug that hit most of us, one by one, in the span of 12 hours. Our house was the scene of a gastroenteritis horror movie — the kind that haunts the dreams of caregivers of small children.

We were all sick at the exact same time except for Thomas, who didn’t get sick until several days after everyone was back to eating solid foods. (Around the same time I’d finished all the laundry and declared us well).

The morning after Thomas got sick, I was talking to Tom about how Thomas seemed to be rebounding quickly.

“He’s already asking for something to drink. Maybe that’s a good sign? When I was in the acute phase of this I didn’t want anything.”

Mary shot a glare at at me, “Mom. There’s nothing cute about the stomach bug.” 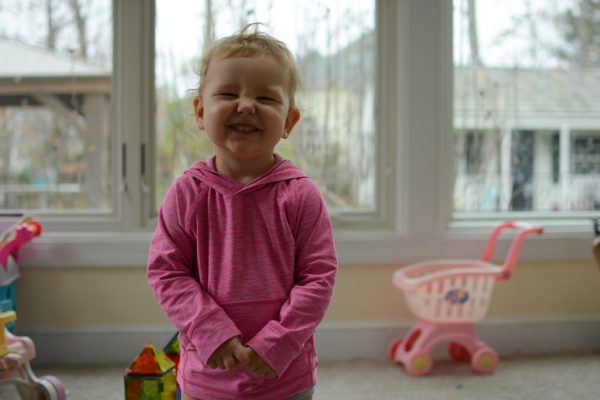 Anna is actually the only one who never got sick (at time of publication, of course). Since she is too young to be bothered by watching TV or dabbing her dear mother’s forehead with a damp rag, she instead spent our sick days wrecking havoc on our home.

Since the rest of us were busy curled in the fetal position updating our last will and testaments, Anna got to do absolutely whatever she wanted.

She had full access to the pantry, the big kids’ toys, and let’s just say it’s a good thing that we don’t have access to the nuclear codes because we got pretty desperate.

It didn’t take long for Anna to realize her power. She quickly developed some very, very bad habits that she isn’t interested in breaking.

She can tell something has changed — “Pale, Dehydrated, Permissive Mommy” has been replaced by “Mommy that can Stand Up for More Than Two Minutes.” And so, because she is not at all interested in cutting back on her daily gummy snacks or cup of ginger ale, she’s upping the ante by adding things like cuteness to her requests. And, most notably, she’s been LOSING HER MIND when she gets denied.

This is the face she gave me after asking for another Hershey Kiss at 9:30 in the morning. Another. 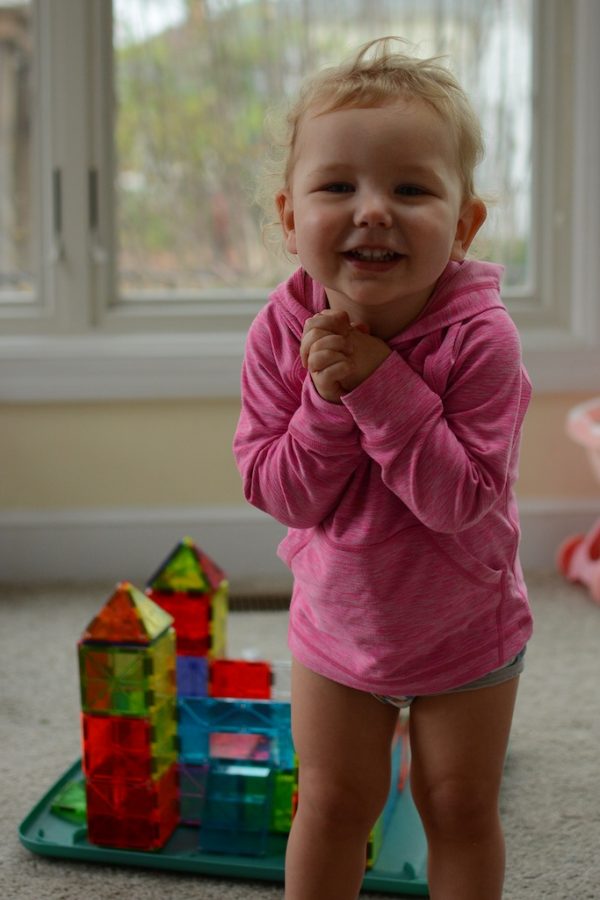