It was so hot this week.

I’m not usually one to grumble about unseasonal warmth, but this week would have been a doozy even in July. The forecast promised relief from the heat and humidity on Friday (but still no rain) so until then I called kibosh on outdoor play past 10 a.m. and exercise of any kind at any time.

On Thursday it was 97 degrees. I met the kids at the bus stop with yogurt popsicles and told them that the last one in pool was a rotten egg.

The kids almost never swim in the dark, and when Tom turned the pool light on it was like the pool was transformed into somewhere new and magical.

We swam until bedtime, quite possibly our last swim of the year.

If you look closely, you can see all four kids clustered around the pool light. 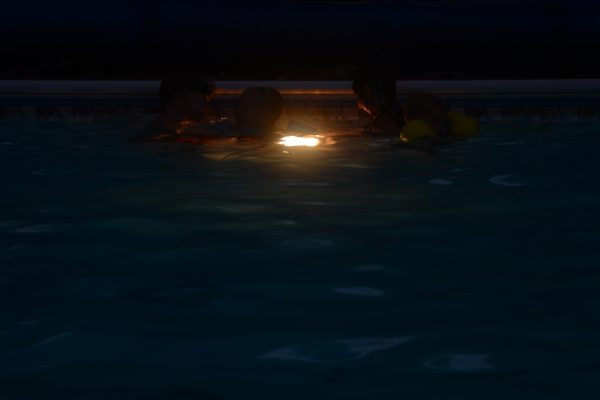 She still loves the water so much. 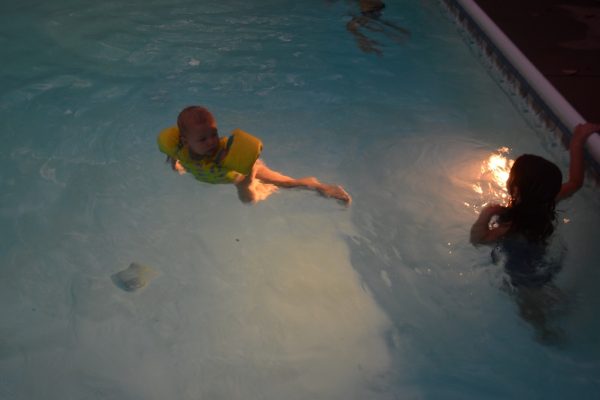 Thomas / He’s been swimming without his puddle jumper since August, but decided to put it back on this night. Safety first, as Thomas always says. 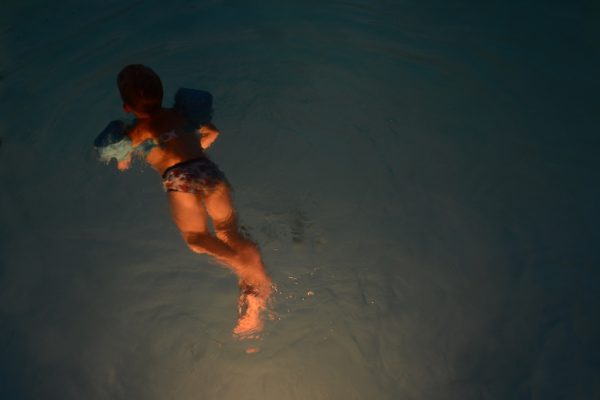 Mary / She thought this picture was hilarious — that it looked like she was shooting flames out of her stomach. 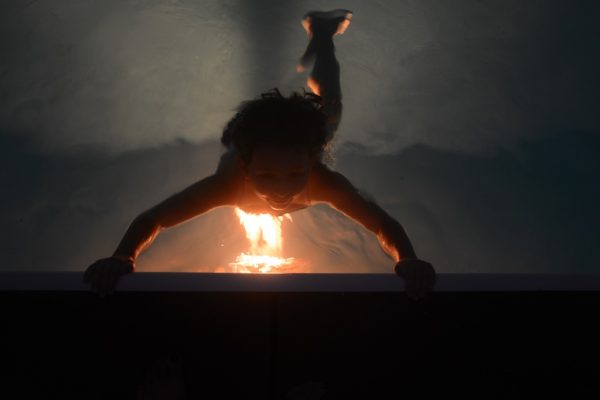 David / In his natural habitat. 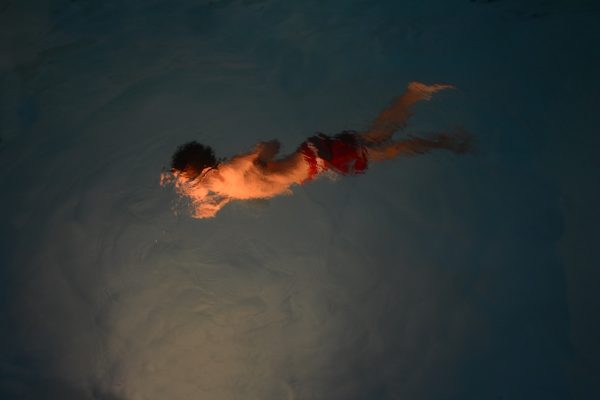