This Easter I decided to make a scavenger hunt for the kids’ Easter baskets.

It was really fun, really easy (thanks to millions of pre-written scavenger hunts on Pinterest), and will likely become a tradition. 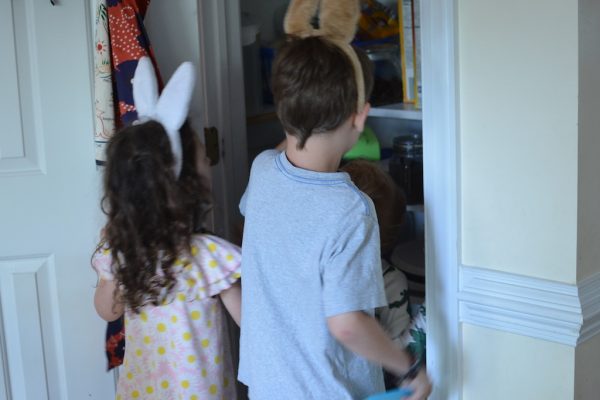 David read the clues aloud and then he and Mary ran to find the next one. It took Thomas a while to get over the disappointment of no basket waiting for him on the table. Perhaps my most genius move was writing “STAY TOGETHER” on every other card. 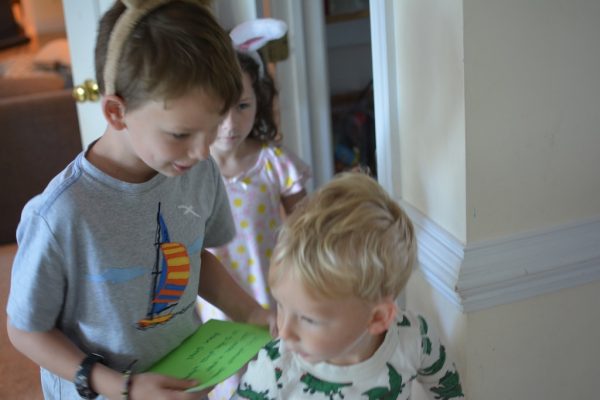 Seeing baskets for the first time. I love David’s excited expression, but my favorite part of this picture is that Thomas is walking in the wrong direction. 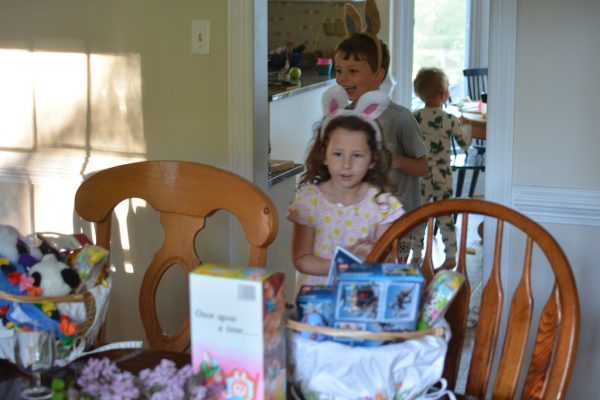 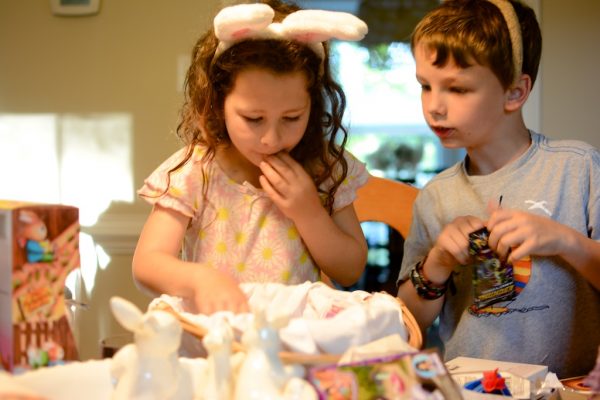 Mary made Easter presents for everyone. She wrote everyone’s names and cut out the letters (I think she got the idea from my mom, who sends the kids cut-out letters for them to unscramble). 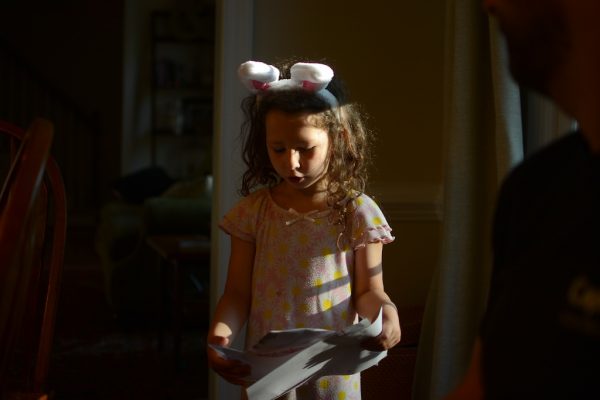 She had to help Thomas open his present. 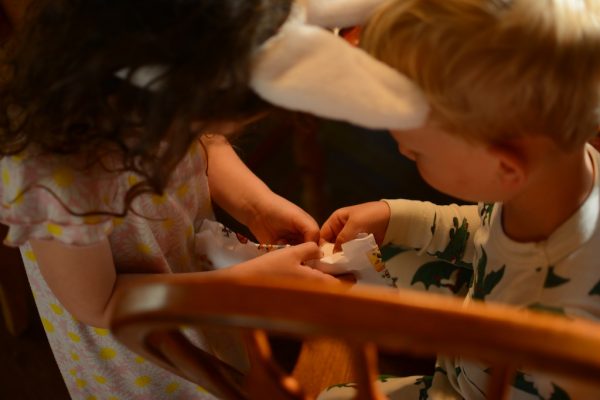 Every year I tell myself that I’m going to be incredibly restrained and give the kids one or two minimal, meaningful gifts. Then I get excited and fill their baskets to the brim. This year I decided that I’m going to stop apologizing for that. I just really love celebrating by giving gifts.

Maybe my baskets are overboard for some (maybe ANY Easter basket is overboard for some) and maybe it’s minimal for some. Either way, a silly side effect of social media is that we see each other’s celebrations and compare. Since the Bible doesn’t prescribe a “correct” Easter basket, I think it’s ok for all of us to just do what feels right, celebrate the way you want and in a way that lines up with your convictions and your budget.

Anyway, I didn’t plan that tangent at all. What I’m getting at is: we had a really fun Easter morning, and three days later our dining room still looks like this. 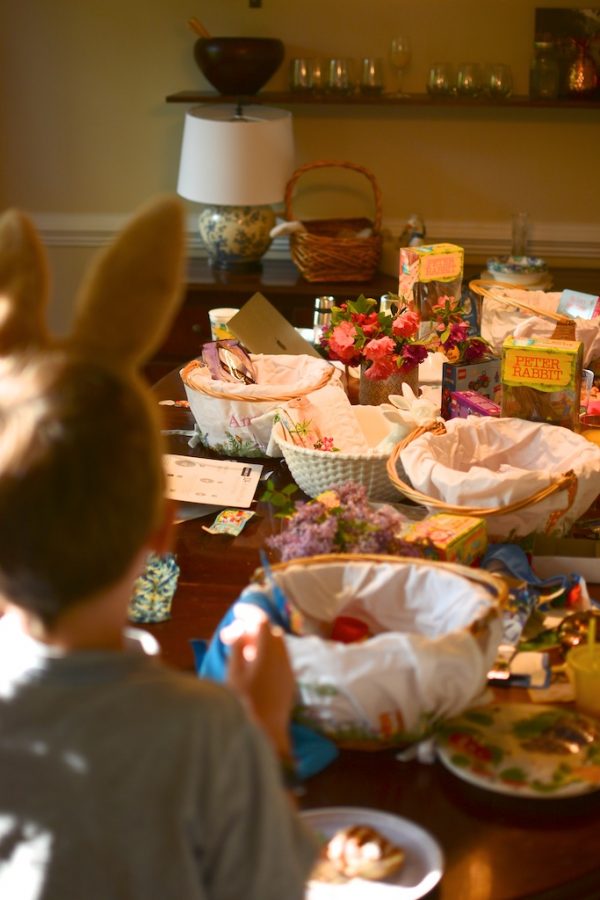 On the way to church. Late. Over-stimulated. But their outfits are so cute. 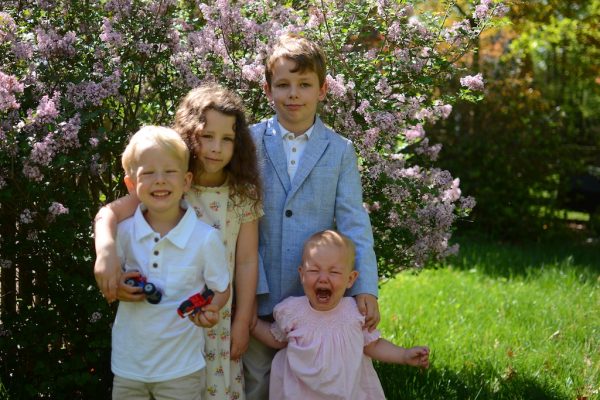 Honestly, the hilarious thing is the time I spent looking around the yard for a nice backdrop. 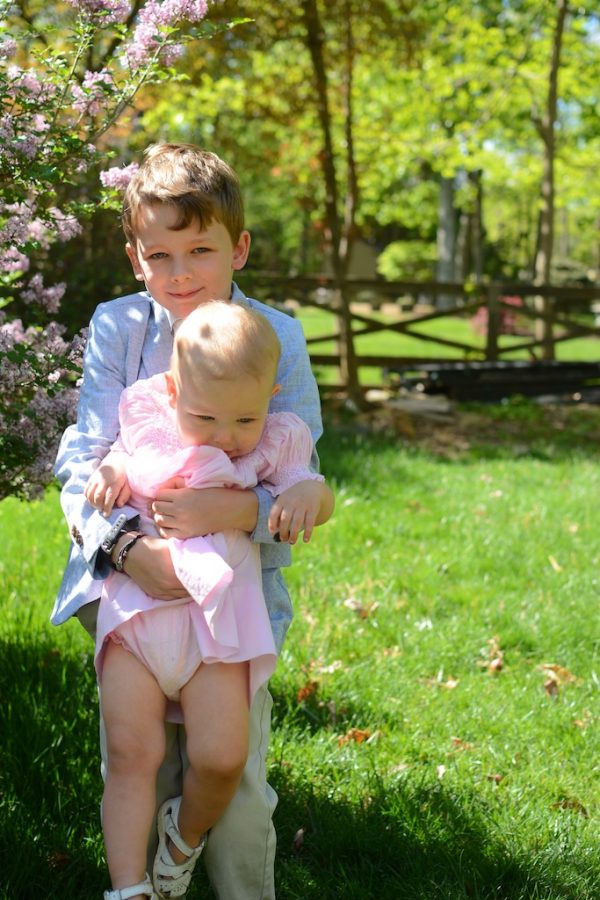 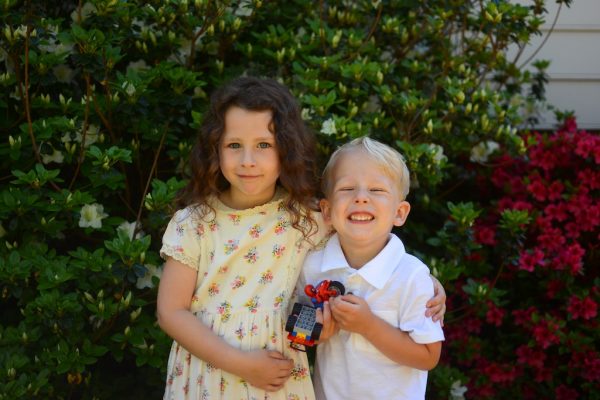 After church we spent most of the day with the Kriegers. 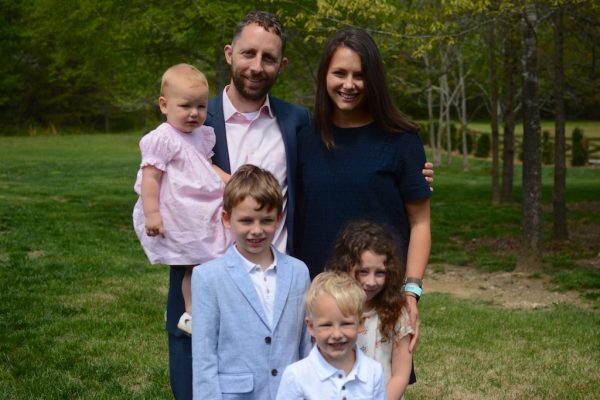 We had a really fun, celebratory, chaotic day. We had an Easter ham, Easter egg hunt, Easter trifle, and traditional Easter swim in freezing-cold water. Kids only. The adults watched on with furrowed eyebrows because the water just looked so cold. 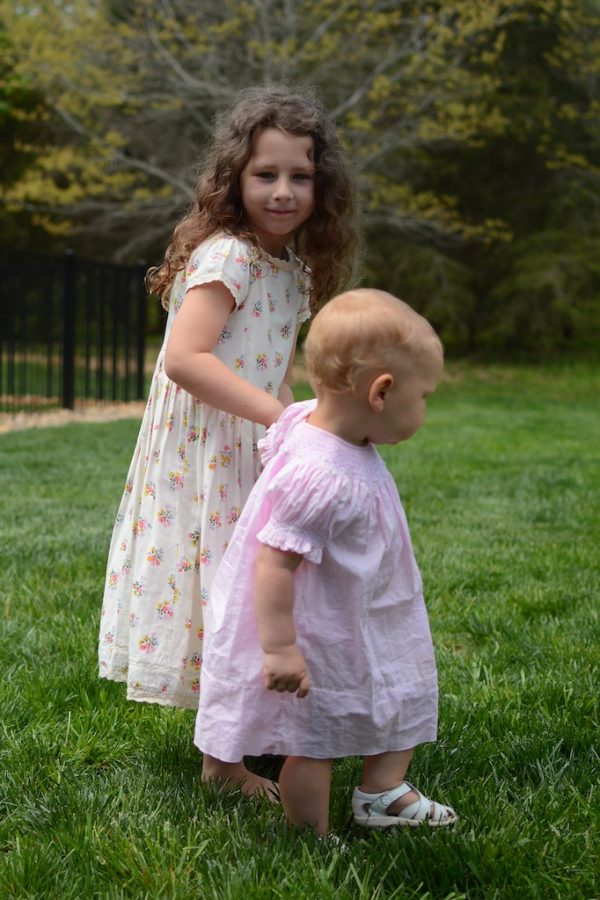 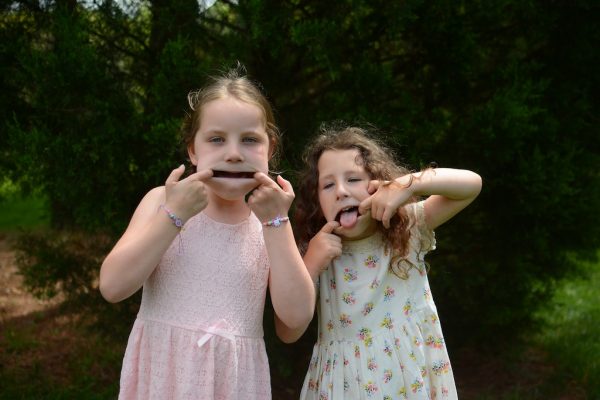 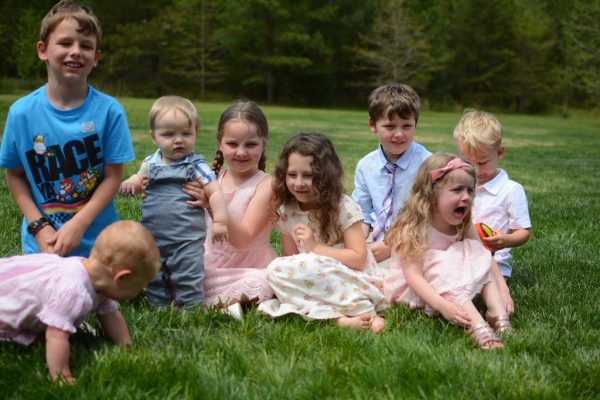 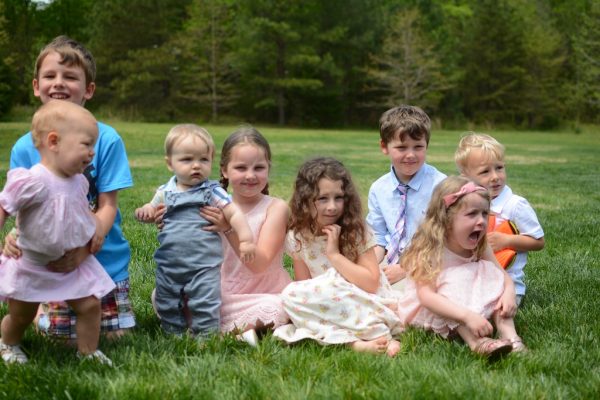 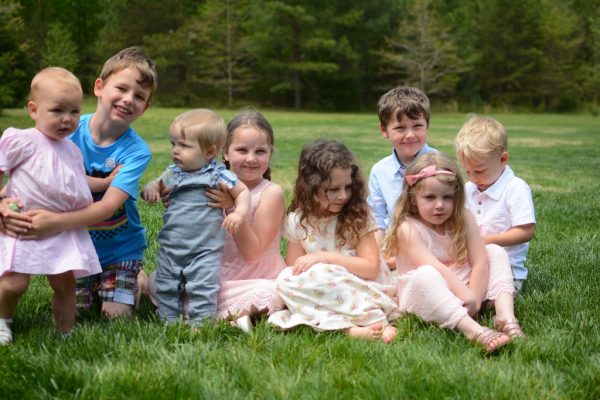 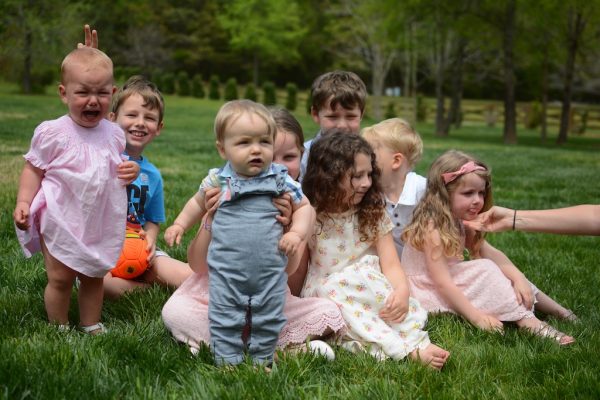 Also, I noticed that David was giving Anna bunny ears in that last photo (something he picked up from school). At first I rolled my eyes, but then I realized he was just getting her back for when she gave him a moose antler during our family picture earlier that day. 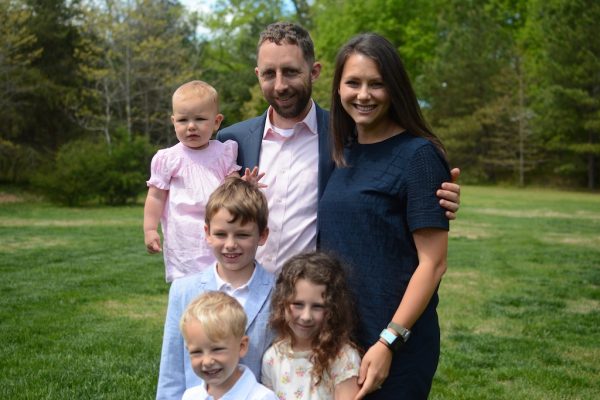 HE IS RISEN! Rejoice!

“For as in Adam all die, so also in Christ shall all be made alive… He must reign until he has put all his enemies under his feet. The last enemy to be destroyed is death.”
– I Corinthians 15:21, 23-25