The night after The Haircut, we were all sharing our rose and thorn at the dinner table, Thomas’s thorn* was his hair cut. And the next day, he put his hand on his hair and said, “Mommy my hair is still cut, right?” And on Thanksgiving day, when everyone was sharing what they were thankful for, Thomas said his haircut.

*Note: Thomas mixes up rose and thorn. So, for example, he’ll say his rose was when Grammy left and his thorn was getting a treat after dinner. It’s hilarious every time and we will never correct him.

I didn’t plan to cut his hair. I loved Thomas’s insane, shaggy, curly hair. I loved the color, the curls, his hair was so beautiful. But what I truly loved about his hair was how well it fit his personality. The wild, unkempt mop of sunshine was so quintessentially Thomas.

If you’ve got the kind of kid who takes off all his clothes at the bus stop and then runs home wearing only the bare minimum required by law enforcement, a mane of blonde curls blowing in the wind makes sense, right?. 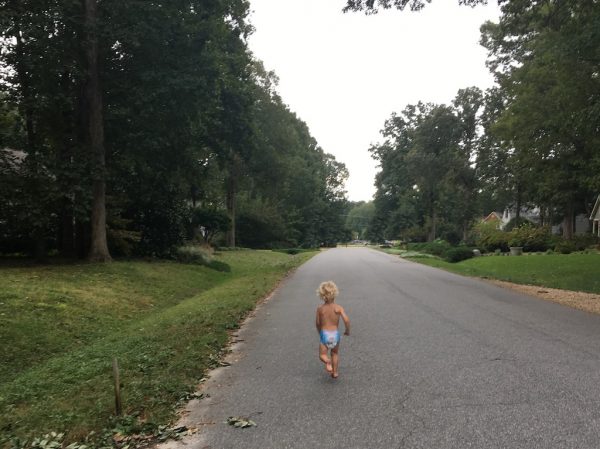 There were a lot of people who thought I should have cut Thomas’s hair a long time ago. Maybe you’re one of them? People would occasionally mention his hair, never in a rude way, but just casually ask about it in a way that I could tell was a polite way of asking, “Are you sure there isn’t a small family of hedgehogs living in there?” And I’d respond in an equally restrained way. Something like, “There probably is.”

But there was a much more vocal group of people who loved Thomas’s hair as much as I did. People regularly commented about it on Instagram, strangers stopped me in the park. Old friends from high school popped up on Facebook, “Never cut his hair!” they’d say. “I will never,” I wrote back. There, it’s settled.

It was a slow build that I ignored the same way I ignore other responsibilities I’m shirking. Do the laundry! Eat a vegetable! Organize your closet! Yup, I’m gonna just hit the snooze button on those three right there.

That’s what I did to Thomas, when he asked me to cut his hair “Like Pops and Anna.”

But he kept asking. And I’m not proud of this, but I told all the kids the story of Samson in the Bible, whose strength was in his hair. And then I said, “What if we cut Thomas’s hair and all of his strength goes away?”

With that I put another tally mark under the category “Times Amanda’s toddlers acted more logically than their mother.”

So I went for it. Because I want to respect my kids, especially when they ask for very reasonable things. And because we all know that Thomas’s personality isn’t in his hair. Respectable Hair Thomas is just as mischievous, wily, and hilarious as  Wild-Hair Thomas.

I finished the cut and we went inside. I was sitting on the couch when Thomas walked over and took my cheeks in his hands and pressed his nose to mine. With eyebrows raised, he whispered, “Ok Mommy, when do I get to cut your hair?”

“THOMAS YOU CAN NEVER CUT MY HAIR,” I responded.

“NO, Thomas. You can NEVER cut Mommy’s hair, do you understand?”

“I’ll just cut it a little, Mommy. I’ll get your scissors.” 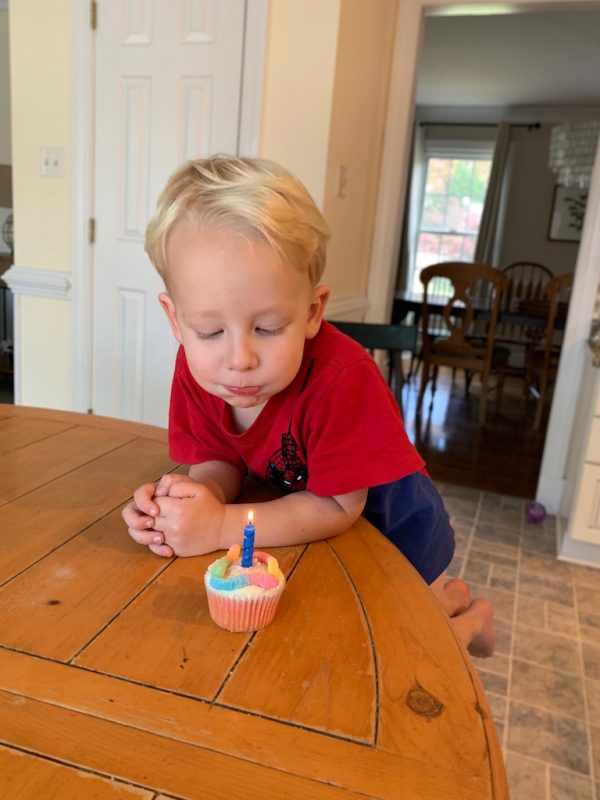