When David was a toddler, he was so difficult that Tom and I thought we’d done something wrong, we’d ruined him in a mere two years. In five years he’s changed so completely from the tantrum-prone, stubborn, volatile toddler, that Tom and I make note of it nearly every day. The toddler to big kid metamorphosis is more jaw-dropping than the caterpillar to butterfly transformation, and it’s the only thing that keeps me going as I parent David’s unreasonable younger siblings.

As a toddler, David wouldn’t let me read books to him. He either refused to sit with me, or he would grab the book from my hands and throw it.

My friend had been a teacher, and both of her young children loved books so I thought she might have some advice.

“He’ll come around,” she with raised eyebrows and a slightly high-pitch voice. I could tell that either she didn’t believe what I was telling her — that I had tried to read with my toddler and he refused — or she didn’t believe her own advice — that it was a phase.

But she was right. It was a phase. 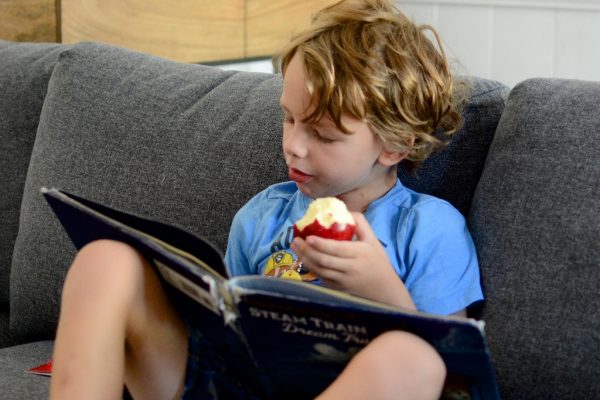 In kindergarten last year David learned to read, but this summer he has developed a love of reading.

David reads all the time — picture books, chapter books, the nutrition label on my seltzer water. “MOMMY!” he exclaimed one day. “Diet Coke has ZERO CALORIES! Maybe that’s why you’re tired all the time!”

He reads on the couch, in the yard, to his siblings, to himself. He’s fascinated by words and stories. Reading is the last thing he does at night and the first thing he does when he wakes up. Recently he very earnestly expressed fear that he was going to run out of books. 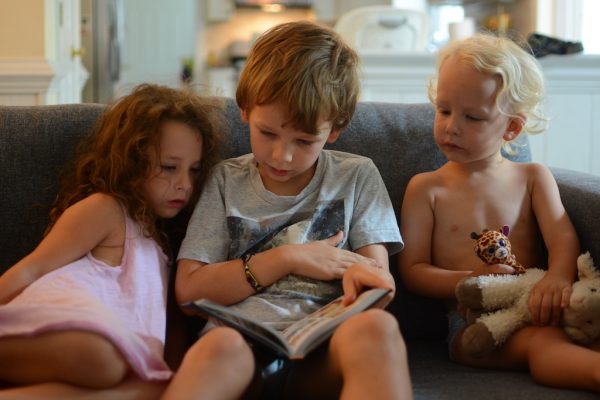 Tom and I have watched this milestone with great delight. It might be my favorite milestone, better than his first steps, maybe even better than the ability to tell me his ear is hurting.

I’ve completely resisted the urge to grab his book from his hands and throw it even though, HA! Wouldn’t that be full-circle parenting!? 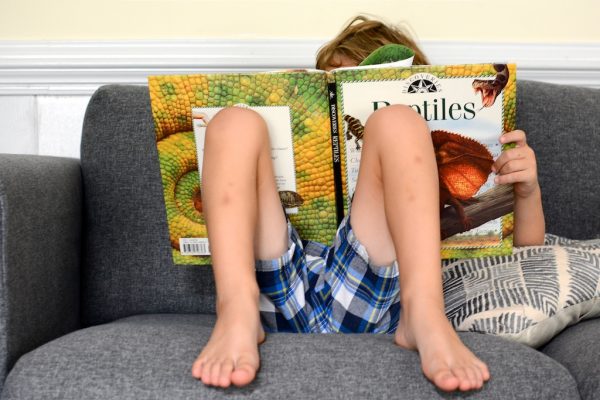 Last Sunday we were, as is our Sunday ritual, running late to church and hustling the kids out the door. Tom and I shouted at the kids to put on their shoes and get in the van. Mary’s hair isn’t combed, I’ll do my makeup in the car, has anyone seen Thomas’s shoes? Has anyone seen Thomas?

David walked out of the house, his face obscured by a book, and fell down two stairs to the driveway.

“David! Are you ok?!?” Tom and I asked, and then smiled as David nodded, stood up, and continued to the van without looking up even once.