Early this fall I put flu shots at the tip top of our “things to do before baby” list. Not every member of our family was as motivated to cross off that particular task. I tried to explain the modern medical miracle of inoculation against a terrifying virus, but ultimately it was the promise of a lollipop that won them over to the pro-vax camp.

After Anna was born, and as we rolled deeper into flu season, headlines started popping up. There was buzz that this flu season was worse than normal, one for the books! And, by the way, the flu shot isn’t working.

The more I learned about the flu the more anxious I became. Everywhere I went, someone told me a story of a person, a CHILD, that had died of the flu. Quick tip: mothers of infants don’t need to hear about the BuzzFeed article you read about the dangers of the flu. Trust me, there’s an even more terrifying version of that article unfolding in their head every day.

Almost every day this winter I’ve told Tom some version of: I can deal with sleep deprivation/the witching hour/cluster feeding/the stomach bug BUT I CANNOT DEAL WITH THE FLU.

Then, on Valentine’s Day, Mary Virginia went to preschool and came home with a bag of cards, treats, and a 101 fever.

Influenza A and a double ear infection. 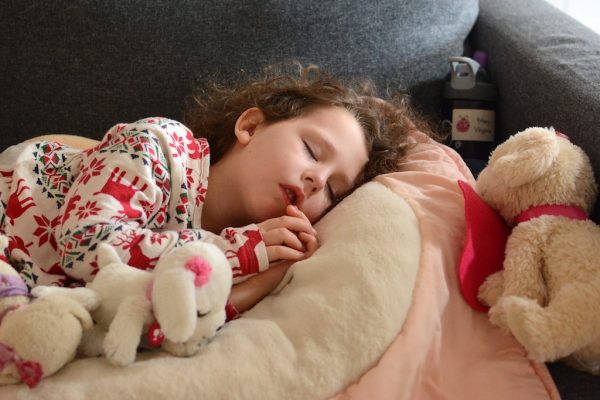 Aside from a fever, a short-lived cough, and a runny nose, her main symptom was seven solid days of moodiness. Except “moodiness” doesn’t quite capture it. Suddenly I felt like one of those families who have a pet orangutang. For years that thing was the perfect family pet, and then one day the orangutang decides to shake things up a little and dismember its owners. It was just like that, but with curly hair and more tears.

She screamed and cried about everything from the taste of pepperoni to gravity. We tip-toed around her all week. We’re sorry, Mary Virginia, we can’t do anything about water being wet. But, HEY! Since you’re already in a bad mood, maybe this would be a good time to explain global warming?

I was worried about the flu because it is contagious and potentially dangerous. I wasn’t prepared for the emotional fall-out.

After a long, exhausting week, Mary Virginia is back to her normal level of grumpiness, and we’re so thankful that no one else in our family got sick.

I won’t show her these pictures until I’m sure she’s in a really, really great mood. She’ll  be furious when she sees that Spirit isn’t looking at the camera. 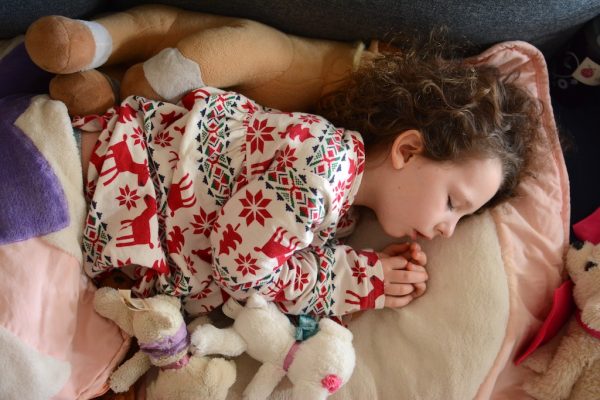