On the weekend before Anna turned one month old, we got a snowstorm. In the morning we had bacon and pancakes, then bundled up to go outside. Tom helped the kids make an adorable snowman family in our yard (Mary Virginia’s snowgirl is holding snowbaby, Anna) and then everyone came in and warmed up with hot chocolate.

It all started so well. 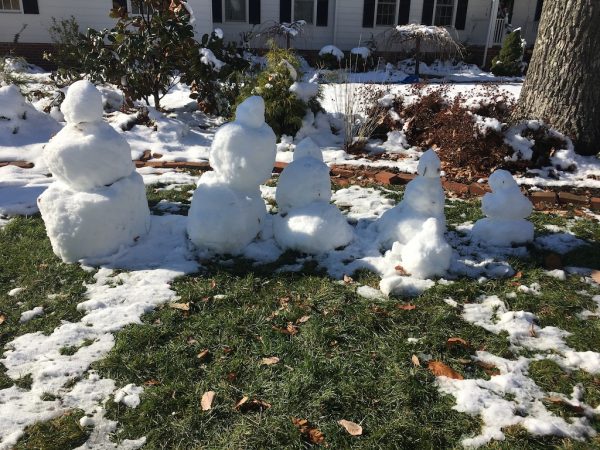 Then our power went out, something I don’t handle well because I’m traumatized from my childhood. We’d lose power for weeks, and rely on our wood stove to heat the house. We had a well, so we’d flush the commode with melted snow, and bathe at the fire station where my dad worked. Also, I missed several back-to-back episodes of Step by Step.

A technician found a very small leak, declared my nose the most sensitive noses of all noses, and we grabbed Chick-fil-A for dinner.

Minutes after we got home, Thomas went up stairs and proved to us all over the upstairs carpet that he is not completely potty-trained after all.

Power outage. Gas leak. Potty disaster. It sort of sums up the whole month. Tom and I feel like we’re running from kid to kid, from crisis to crisis. We’re surviving, but never really accomplishing anything. But then there are things like snowbabies and hot chocolate, ya know?

BUT! Enough of that! This is supposed to be about Anna! She’s a whole month old! 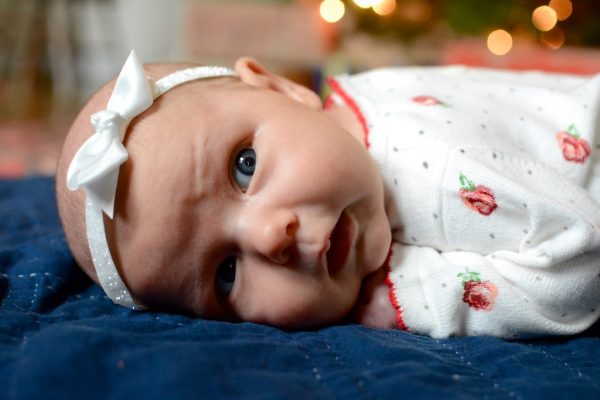 We call her Anna, Anna Banana, Annie Bananie, and most often: Baby Anna.

Anna is a wonderful baby. She is sweet, cuddly, and beautiful. Most importantly, she is healthy, growing, and a positively delightful addition to our family. She has already had a cold, slept through Thanksgiving dinner, and attended a preschool Christmas party.

This first month our family has been working to find a rhythm with a new baby, but it’s been hard because Anna hasn’t found her rhythm at all. Sometimes she nurses every hour, sometimes every three hours, sometimes all the time. Sometimes she sleeps all morning, and then fusses all afternoon. Sometimes it’s the opposite. The only structure we have so far is that she goes to the bus stop every day at 3:50 p.m., and women’s Bible study every other Wednesday evening.

Anna always wants to be held, without exception, all day and night. I cannot emphasize this preference enough. It is the main item on her agenda and she is unwavering. Twice she’s contacted her congressman about being put in the swing. Thankfully I have some practice doing things with one hand, and I’m getting pretty good at opening Play-Doh by smashing the canister on my hip. But even the most dexterous parent gets tired, and I’m thisclose to asking the UPS driver to hold her. Just for a second. 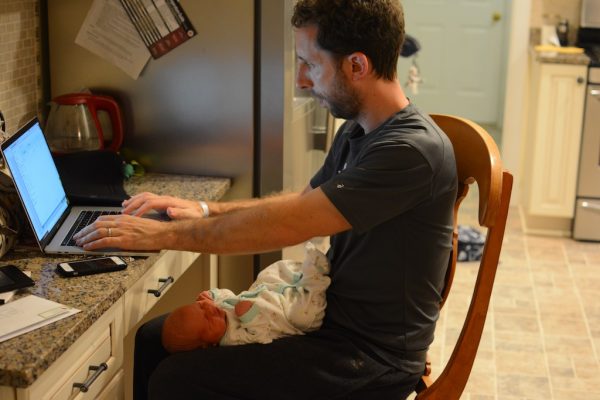 Anna does all the things babies do. She eats and sleeps and poops and only fusses when absolutely necessary or 7 o’clock. She prefers to spend her time curled up like a caterpillar on Mama’s chest. And, no thank you, she does not want a pacifier, you imbecile.

Anna is adored by her siblings. Except adored isn’t a strong enough word. Do courts issue restraining orders between toddlers and infants that live in the same home? If they do, Anna has a great case. 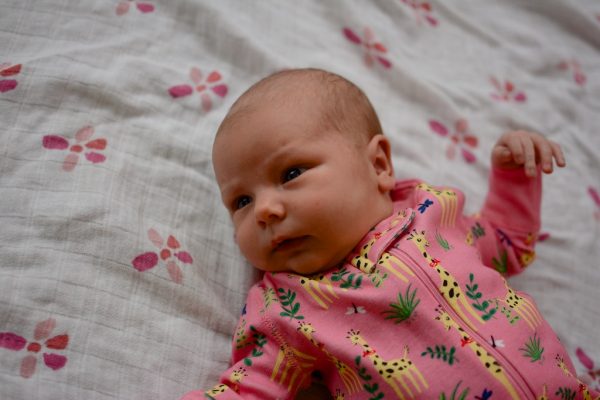 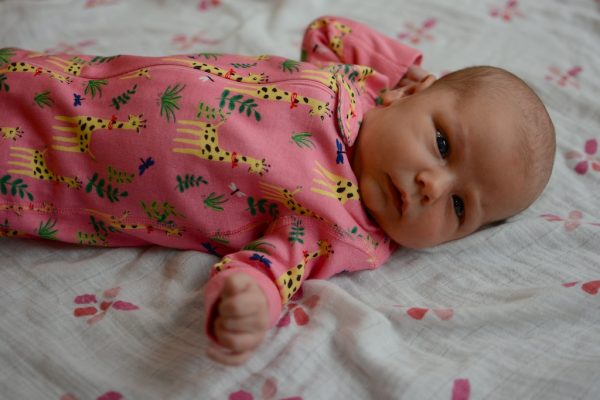 The big kids start each morning asking to see Anna, and when David gets home from school, Anna is the first thing he asks about. “Is Anna here? I want to see Anna!”

Mary Virginia is especially taken with her baby sister. Anytime Anna fusses even for a bit, Mary Virginia runs up and says, “Be brave, Anna!” She presses her face to Anna’s, and says things like, “Anna! Mommy won’t let me get closer but…I see you! And…I love you!” or “We’ve wanted you for so long! And now you’re here! I can’t believe it!” So over-the-top sentimental; no idea where she gets it. 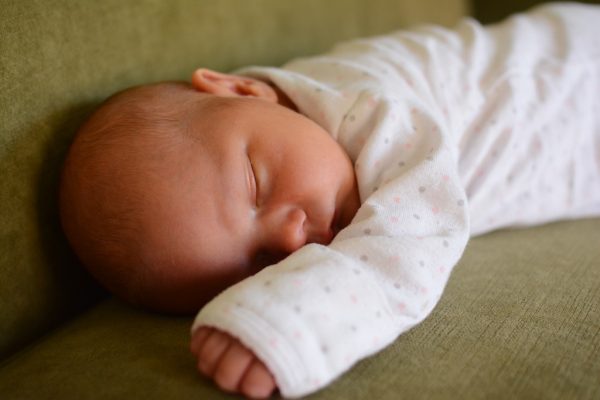 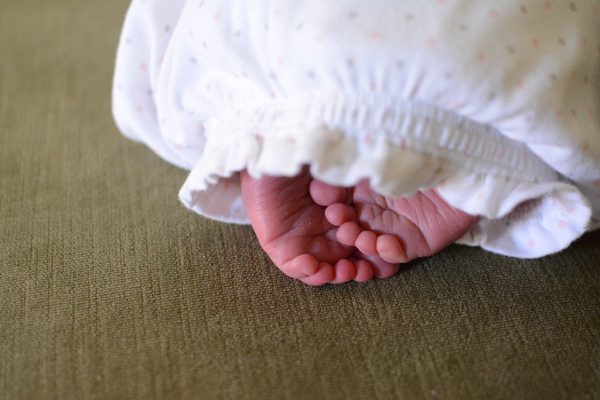 Speaking of over-the-top sentimental, can I be a little sentimental for a minute?

I find myself feeling impatient for Anna to settle into a rhythm, to nap in the morning and eat on a more reliable schedule. Once she’s at least 12 weeks, things won’t be so volatile, right? But then I notice that her cheeks are filling out, and there’s no way she was this tall when she was born. It’s been a month, and she’s already growing so, so fast. The problem with the newborn phase is that it’s so grueling that you miss it. You’re just so focused on getting sleep once in a while, that before you know it your newborn is a baby, a toddler, a big kid that knows the words to Baja men. Soon she’ll move out and forget to text me back.

I keep telling myself — slow down, memorize her fuzzy head and her fingers wrapped around mine, her reflexive leg kicks and her darling little nose. Every day is a blur, but still, I don’t want to rush this sweet, short time. 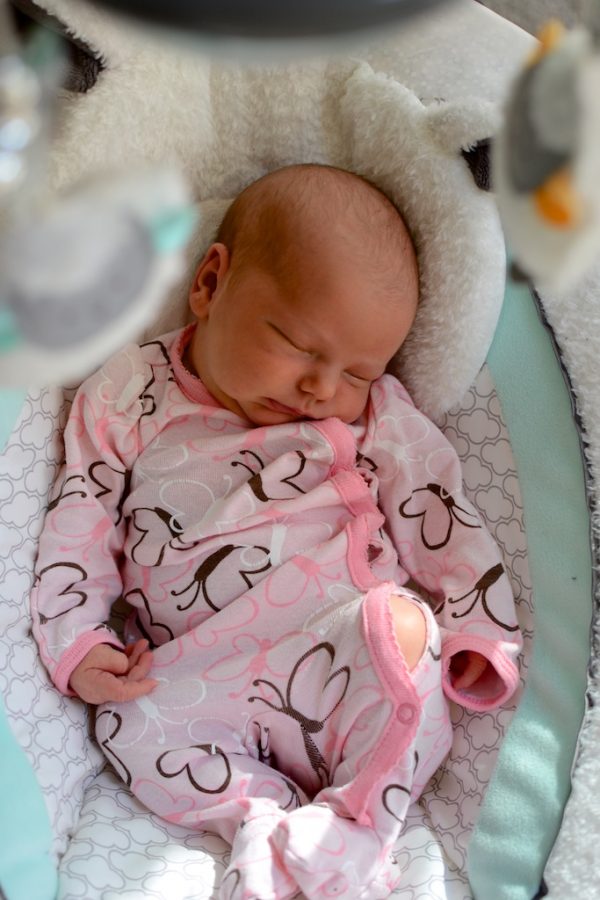 This is the part of your monthly update when I get very, very emotional and I have to censor myself because the saccharin sentimentality is too much, even for me. Since having you I’ve been really emotional, but in a good way. I’m more tender, more easily moved to tears. I can’t make it through any of those ESPN special features about players triumphing over adversity. It’s all just too beautiful.

It’s hormones, I know. And it’s the time of year — everything is special and festive. And it’s also (now is when you need to pinch your nose, it’s about to get sappy) just because I’m so filled with love. We love you so much.

When people ask how we’re doing, my knee-jerk response is to say that we’re tired, hanging on by a thread, discovering new levels of messy, and disorganization. We’re struggling, quick-tempered, and short on patience. Four kids is a lot of kids, ask almost anyone.

I do not say those things, though, and it’s not because I want to maintain a veneer of mothering ability. I always say we’re doing well. We’re so blessed. I can’t look at you without remembering how blessed we are.

You’re on the verge of smiling. Sometimes we catch you, the corners of your mouth turned up just a bit. Everyone rushes over and gawks at you, trying to get you to do it again. You’re charmed by our lamps, but you first smiled at David. Soon, you’ll see, there’s a lot to smile about. 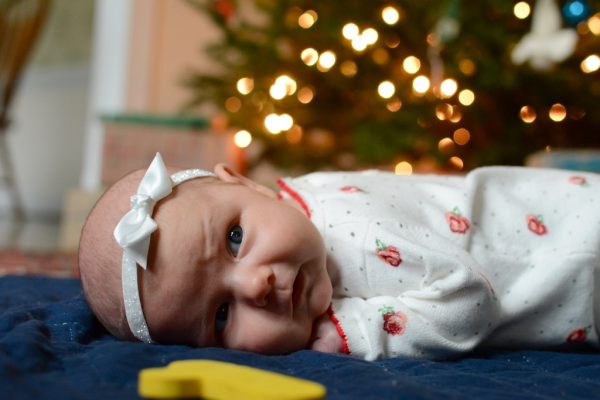 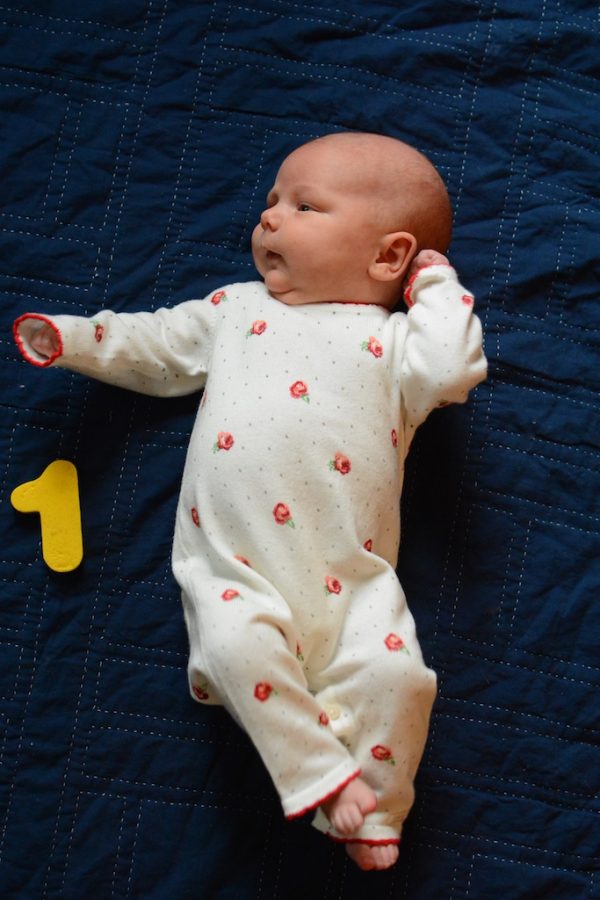 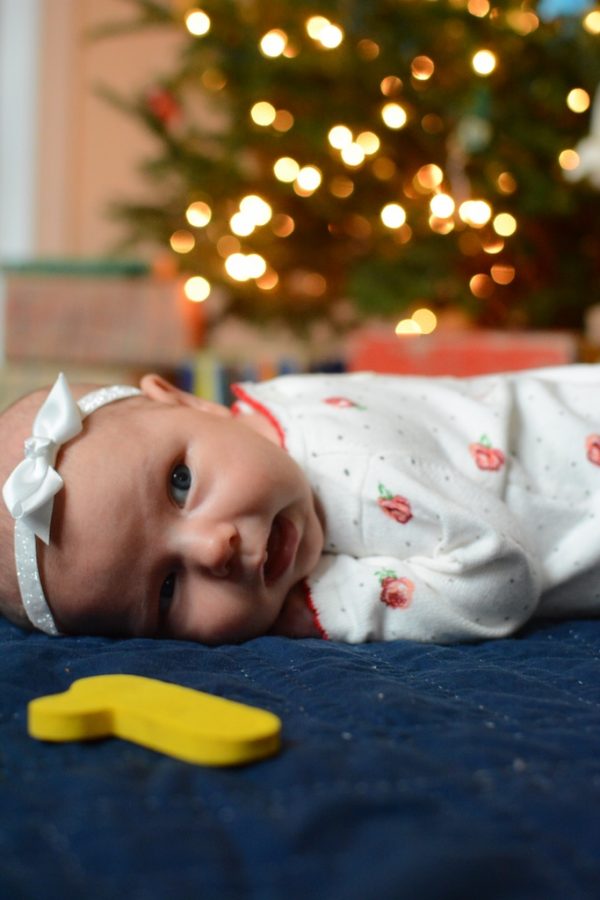