Since she was 15 months old, every time we go to the doctor for a well-check everyone comments on how verbal she is. It’s true, she is, and I take no credit. She could speak in complete, articulate paragraphs by 24 months and by three we were actively trying to discourage her language development. Just kidding. 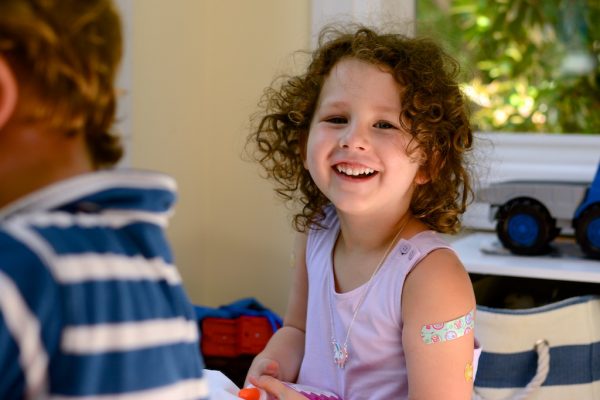 A few days ago we went to her four-year appointment, and the first thing the doctor asked was, “Do you have any concerns about her verbal development?” I said no.

But I wanted to say, “Mary Virginia defines words for her five-year old brother and yesterday she told her grandmother to ‘watch and learn.’ So, no, we have no concerns.”

That’s what I WANTED to say, but I didn’t because I knew that Mary Virginia would show her. I knew it was only a matter of time before she started throwing around words like otoscope, anemia, and phlebotomist.

Instead, she started rolling around on the exam and talking in baby talk.

I looked at her and said, firmly, “Mary Virginia, you need to talk in your big girl voice.” And she just got louder, “Horsie! Mama! Gahgah!” and so I tried again, “Mommy cannot understand you when you talk like a baby. You need to talk like a big girl.”

It kept going like that, and since I was at the pediatrician I could only say, “I’m going to wring your neck” so many times.

The doctor continued asking about her sleep patterns, her eating habits, then she asked, “Does she know her shapes? Colors? Animals?”

“YES,” I responded with no hesitation. Mary Virginia knows her shapes, colors, animals, numbers, and the three branches of the government.

As soon as the word left my mouth, Mary Virginia lazily rolled over on the exam table, pointed at a painting of a mouse on a wall, and said in her very best baby voice, “Tur-tle.” 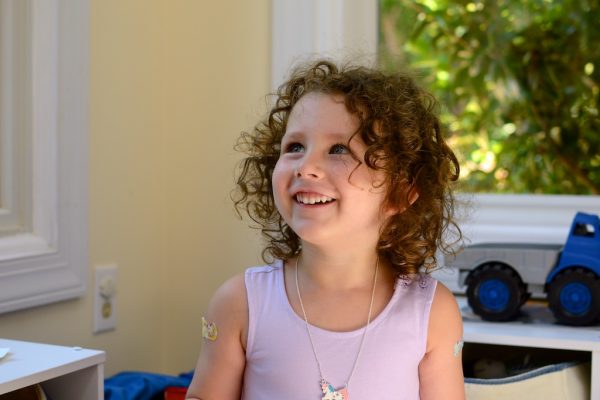