There’s a saying you hear occasionally if you have multiple children — if you have more than one child, having just one is like having none.

I sort of agree with it.

If I’m with just one of my three children, the chaos does diminish dramatically. Sometimes there are even moments of silence, moments between requests for snacks and help with a marker or sibling squabbles.

In that way, having one sort of is like having none.

But I also disagree because in SOME ways having three kids is easier than having one. My kids play together, they entertain each other — sometimes even long enough for me to get a good scroll on my Instagram account.

I get a taste of the one-child life every Friday because Tom takes the big kids to school and Thomas and I have the morning to ourselves.

Sometimes it’s fun but sometimes it’s very very hard and having one is like having twelve and also a herd of goats in my house.

It was REALLY REALLY easy back when he used to take a morning nap. I’d wake up, get the big kids off to school, then put Thomas down for his nap and I’d sit on the couch and drink coffee while watching the Today Show pretending I was Kim Kardashian.

Now Thomas doesn’t nap, and instead he roams the house playing with his siblings’ favorite toys — the ones that are always off-limits to him.

He wears David’s shoes and, on this particular morning brought me Mary Virginia’s pajamas and asked me to put them ON! ON! ON!

Then, when they’re on, he starts pulling at them and complaining, “TIGHT! TIGHT! TIGHT!” — because that’s what he’s seen Mary Virginia do each time she puts on an article of clothing or even walks past a sock. 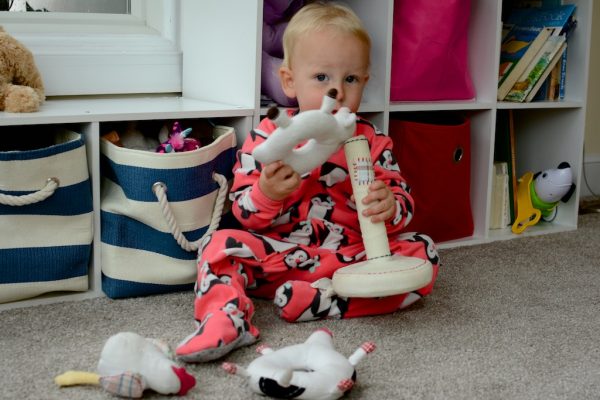 This stage of imitation is both adorable and alarming. Nothing makes you more aware of your actions or speech like realizing an adorable tow-headed sponge is walking around your house.

This kid is like two milestones away from finding himself on hour three of a Real Housewives marathon with Cheeto-stained hands. 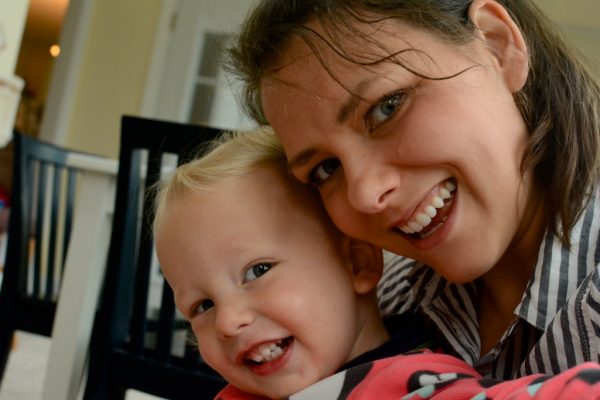