We spent nearly a week with my parents over Thanksgiving. My parents still live in the house I grew up in, and anytime we go back, my kids ask lots of questions about my childhood. Where was my room, which was my seat at the table, where did we play. (Answer: the room you guys sleep in, the seat across from Grammy, we didn’t play. We only did chores and complimented our mother on her cooking.)

When we were kids we had a playhouse on stilts at the edge of the woods. Sometime in the past 30 years the stilts became unstable, so my dad knocked it down to keep it from falling and hurting someone. It’s still there, though, with broken stilts, holes in the floor, and the primary-colored paint my siblings and I used to write our names has faded from bright, to ghostly shadows.

To my kids, it looks abandoned and decrepit and much older than it actually is. Once David asked me if we had cars when I was a kid because he can’t quite grasp the concept of the 1980s. The playhouse doesn’t help. 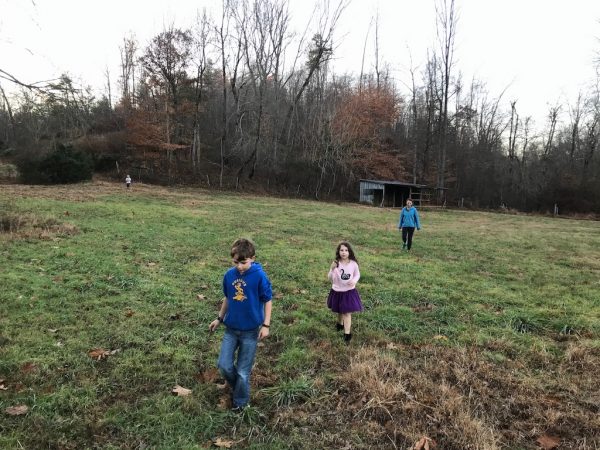 During our visit, we took a few walks in the woods with the kids, and anytime I do that I’m always shocked at how much smaller things are now than they are in my memory. The pond, the woods, and the creek that used to be my big wide world of exploration are much more manageable through adult eyes. I used to have to stop to catch my breath walking up the hill from the clothes line to the house. Now it’s just…a hill. 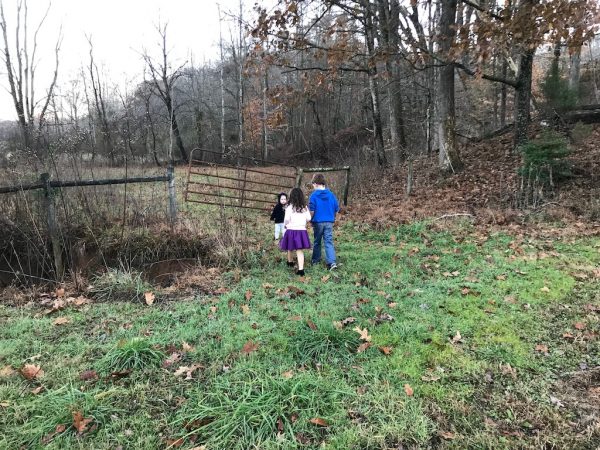 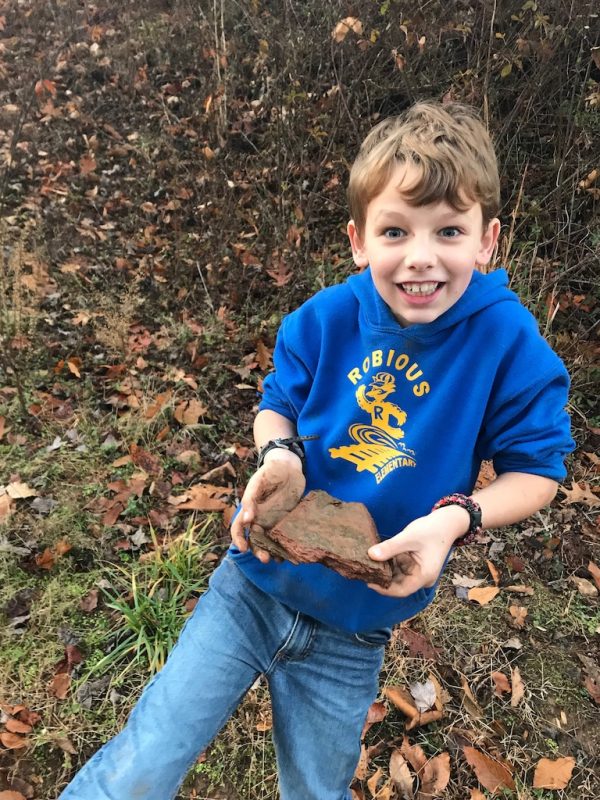 We found fool’s gold, an old abandoned barn, and inexplicably a (relatively new) refrigerator on its side. 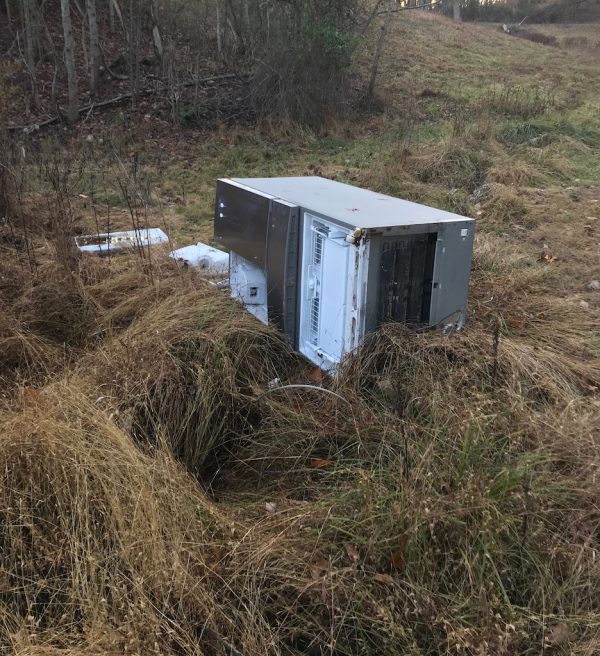 On our way back the sun started to set and the younger two kids started to get tired, so we let the big kids run ahead while Tom and I walked slower with Thomas and Anna.

At some point David and Mary got separated from each other, and I couldn’t see Mary but I could hear her yelling for David.

Immediately my heart started racing. I knew Mary was safe, but I also knew that she had somehow gotten turned around and, based on her calling for David, she was alone. I can clearly remember the feeling of being alone in the woods and not sure of where I was. Even as a kid, my logic side knew that if I just continued in a certain direction, I would end up home, but that didn’t change that nagging worry. Where am I? What’s going to happen?

It wasn’t dark yet, but my parents had their house lights on, and from where we were we had a clear view of the house. All she had to do was run through the yard. I knew that she was safe, but I also knew that she is little, and probably scared.

The moment I heard her calling for David (and David not responding), I put Thomas on my back and ran to find her before she got too far off track.

Mary ran the wrong way and ended up on the far side of the yard. I caught up with her two minutes after I heard her yelling. Her cheeks were flushed and she was breathing hard. She told me what happened, not in a panic, but as if she was recounting a rollercoaster, “Mom, I thought David went up the hill behind the house, so I tried to follow him, but I couldn’t keep up, and then I didn’t see him so I started running faster, but then I heard a dog barking so I knew I went the wrong way, then I turned around and you found me!”

Her eyes were flashing as she talked, this huge adventure that happened in the span of two minutes or less. She was just a little scared, but mostly excited to tell me how it unfolded.

I gave her a big hug and told her that the same thing had happened to me as a kid.

We went inside and as we took off our coats and shoes, Mary told everyone about her adventure — all the excitement and adrenaline spilled out in breathless phrases and bright eyes.

I listened and it occurred to me, these hills and valleys that I spent hours playing in as a kid — all it took was a walk with my own children to see that they’re just as vast and full of adventure and exploration as I remember. 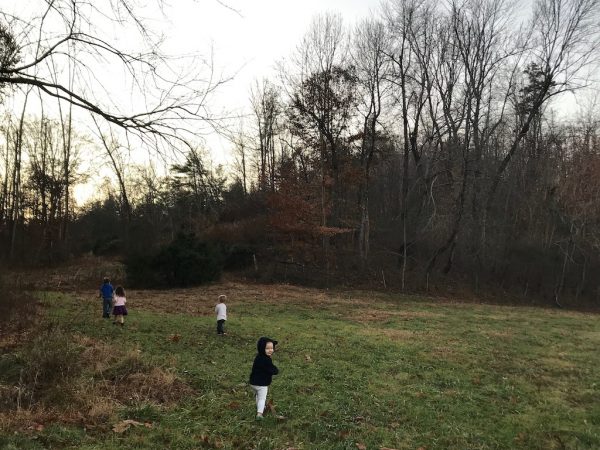