David is learning about solids and liquids at school, so on a recent snow day I decided to mix up some cornstarch and water. I remember loving this as a kid, and as I mixed it up for my kids, it was equally fascinating. Is it a solid? Is it a liquid? IT’S IMPOSSIBLE TO KNOW! 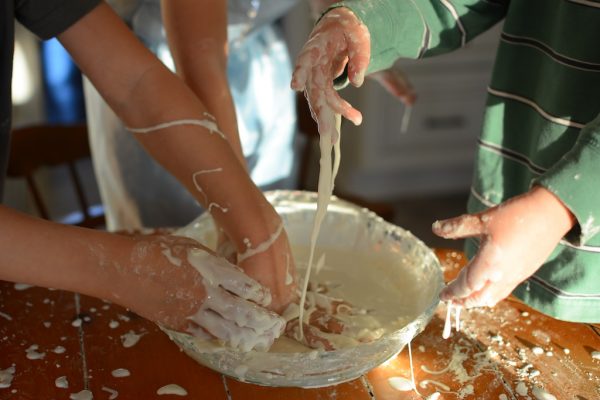 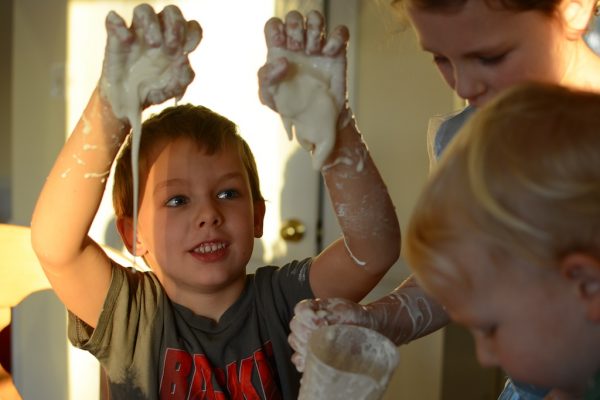 In case you haven’t already guessed, I copied and pasted the above paragraph directly from Wikipedia. I honestly didn’t even read the entire thing because I got distracted three words in. If you have any questions about the Bachelor franchise, I’m your girl. But I can’t blog about the constant coefficient of viscosity without spell-checking “coefficient” and “viscosity.” 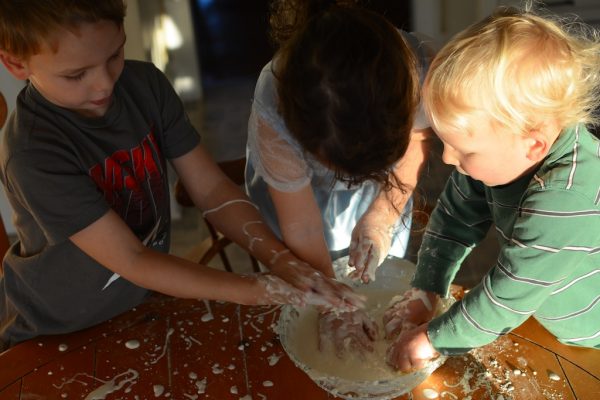 What I DO know is that this is one of the only indoor activities I’ve found that entertained all three of my big kids for any amount of time.

Because of that, I did not mind the mess. Not after a full day of cabin fever and fighting. I don’t even care that it’s been several weeks since we did this and cornstarch is still packed in the crevices of the table. (I can’t clean it out, I’ve tried. It’s impossible because the viscosity can’t be defined.) 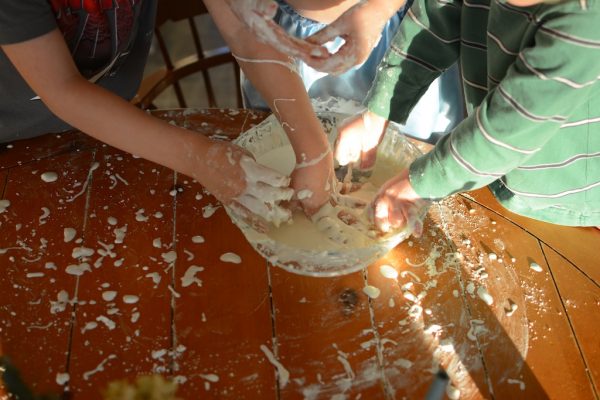 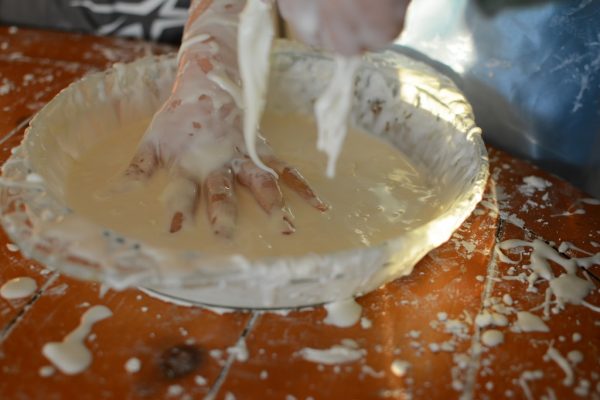 When we finished playing, I made each kid clasp their hands in front of their chest so they wouldn’t get any viscosity on the walls, and guided them upstairs to the bath.

I was still drying Thomas off from the bath when Tom got home. David met him at the door with a smile and said, “Daddy! There’s something on the table and you are NOT going to be happy about it!” 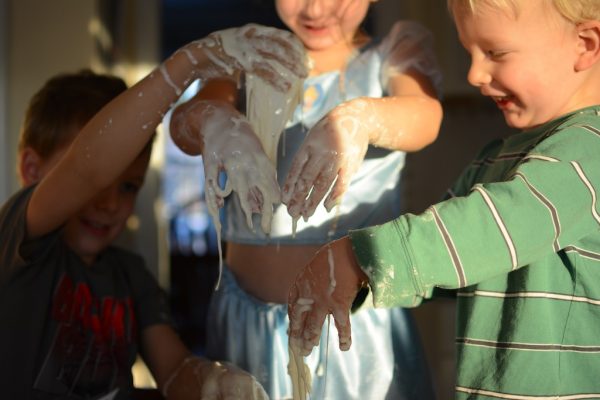 David was right. Tom was, um, unprepared for the mess waiting on the table. And without any context it looked less like a sensory experience and more like someone tried to resurface our kitchen with marshmallows. Which, with a two-year old in the house, is completely possible. 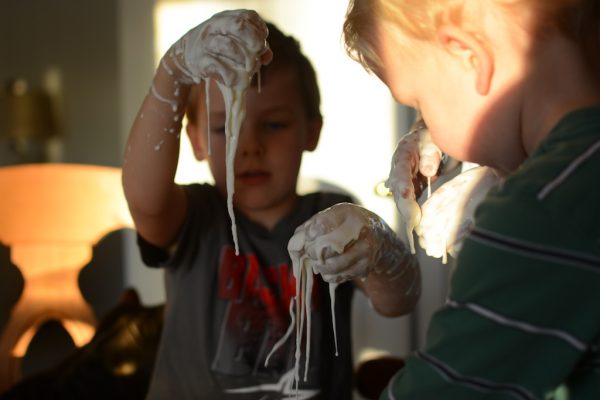 I tried to explain the concept of Oobleck, is it a solid or a liquid? Sensory! Science!

Tom was still a little confused.

Then I explained that, for 30 minutes, all three kids were playing together and not fighting.

In that moment, the entire concept of Oobleck crystalized. The kids were PLAYING with this stuff? And NOT FIGHTING? It’s not a solid, it’s not a liquid, it’s a MIRACLE!