Nearly a year ago, after our vacation to Lake Anna, I mentioned that our trip started with a 9-1-1 call, and that I’d tell the story later. My plan was that I’d make a few appointments with specialists, and after a few weeks I’d have the space and information I needed to feel comfortable telling the story.

That’s not what happened.

Its been a year and we have some answers, but the time that has passed has taught me that when it comes to my kids, I default to trusting myself and fear, which is the most precarious place to stand.

Last August we drove to Lake Anna for our annual Krieger family vacation. On the way there David mentioned that he was feeling tired — something he has never, ever, ever, ever said. In hindsight, maybe that’s when we should have just turned around and driven straight to the ER.

Doctor: Um, what seems to be the problem, ma’am?

I figured maybe the winding roads combined with a DVD was making him carsick, so I said something like, “IN MY DAY WE WEREN’T ALLOWED TO GET CARSICK.” And forgot about it.

When we arrived David started running around with his cousin, but twice he took breaks to lay down, then he came to me and told me his head was hurting. His forehead felt warm, so I took his temperature. 100.2.

A 100.2 temp isn’t an emergency, especially because my kids tend to run really high fevers. I normally don’t treat a 100.2 fever, but since we were merely five minutes into our summer vacation, I felt very dramatic about the fever. I immediately envisioned David being sick, then passing it to a sibling then a cousin then a sibling then a parent, and us spending our entire vacation sick and exhausted.

I gave him Ibuprofen, then took him to the den downstairs to watch TV. His temperature was low, but he suddenly started acting really really sick — like he had a 106 fever. He asked me to turn off the TV and complained that the lights hurt his eyes, so I moved him to bed and turned off the lights.

When he was settled I went upstairs to join everyone for dinner, and to complain to Tom about how our vacation was ruined and I would never be happy again.

Tom tried to talk me off the ledge (I DID NOT BUDGE) and told me he wanted to go check on David. I told him, no, don’t. Let him sleep. But Tom went anyway.

Tom immediately reappeared and told me that it sounded like David was having trouble breathing. This has happened before with viruses — David has mild asthma, and he has an inhaler for this exact situation. GIVE HIM HIS INHALER! I shouted, and ran downstairs behind Tom.

Tom and I went downstairs to give David medicine, and as soon as Tom put the inhaler over David’s mouth, he batted it away and started crying because he couldn’t breathe.

We turned on the lights and saw David’s entire face — lips, eyes — was swollen and he was struggling to breathe.

I panicked and shouted for Tom’s mom, who told me to give him Benadryl and call 9-1-1.

This is the part where I became totally worthless. If our bags hadn’t still been packed, I wouldn’t have even been able to find the Benadryl. Thanks to God’s good provision, I knew exactly where to find the medicine. I was too panicked to remember David’s weight for dosage, so I just frantically gave him medicine, and happened to give him the exact correct dosage.

I took David out of bed and held him, rocking, listening to his strained breaths. Caregivers do a lot of work. There are snacks and potty accidents and nightmares to deal with. It’s exhausting and draining, but nothing compares to holding your child and feeling so much uncertainty. What was happening? What would we do if his breathing got worse? Or stopped completely? I know there are people who deal with health emergencies regularly, or have experienced worse situations. I don’t know how they survive outside of the grace of God, I truly don’t. Because that 10 or 15 minutes? It was the most awful 10 or 15 minutes of my life.

While I held David, I listened to Tom’s dad talk to the 9-1-1 dispatcher. I tried to text friends to ask them to pray but my fingers were too shaky. I tried to pray, but I couldn’t collect coherent thoughts. Maybe 10 or 15 minutes after we gave him Benadryl, I suddenly felt David relax. The heat of his fever dissipated and he started breathing naturally. Soon, he started talking. Probably 10 minutes later the paramedics arrived.

The paramedics checked him out and told us that he was stable and that we should take him to a doctor to be examined that night. [Side note: an allergist has since told me that we should have insisted on the ambulance ride for continuous monitoring; allergies are unpredictable and serious.]

Much like when Tom and I were tag-teaming trips to urgent care a few weekends ago, this story would have been very, very different if we hadn’t been with four other adults. They immediately took our other kids away so that we could focus on David and make decisions.

We ended up driving back to Richmond for an appointment with pediatric urgent care that night, and saw our pediatrician in the morning.

When David enthusiastically spotted a TV from the parking lot of the hospital, we knew he was feeling better. 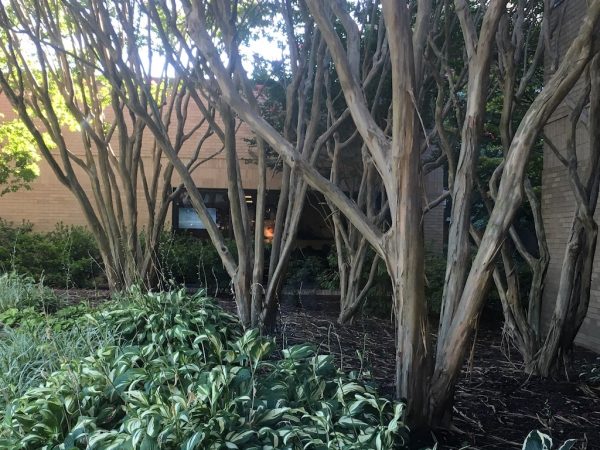 Starting with the very first doctor we saw, things started to get even more confusing. Because no one has any idea what happened.

The first doctor said, “This sort of thing happens all the time! It might never happen again! Get an Epi pen just in case!”

Another said, “David has recovered! You’re fine! Enjoy your vacation!”

The next said, “Allergies are incredibly serious and this could happen again and it could be catastrophic. See an allergist and get an Epi pen.”

Do you remember last summer, when all the controversy about Epi pen prices happened? That happened at the exact same time as David’s allergic reaction. And I mean THE EXACT SAME TIME. It so uncanny that I honestly thought I was seeing targeted Facebook ads — that it wasn’t a breaking news story but just Google reading my emails and text messages.

Add that all to the confusion. Do we get an Epi pen? Do we not? What happened?

After an all clear from the doctors, we headed back to vacation with a few prescriptions. Despite being on a 72-hr dose of Benadryl and prednisone, David did great. After a few days he was acting like himself. 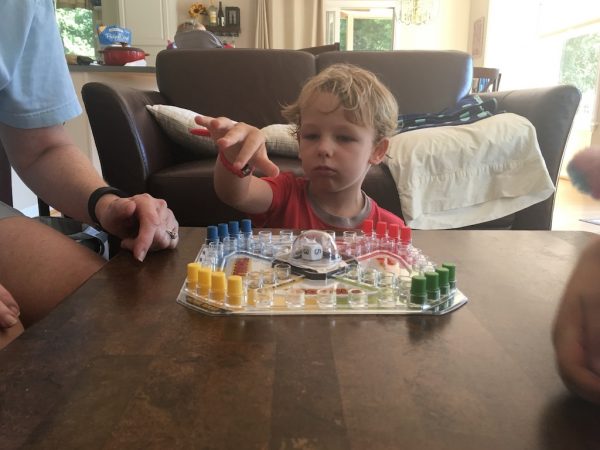 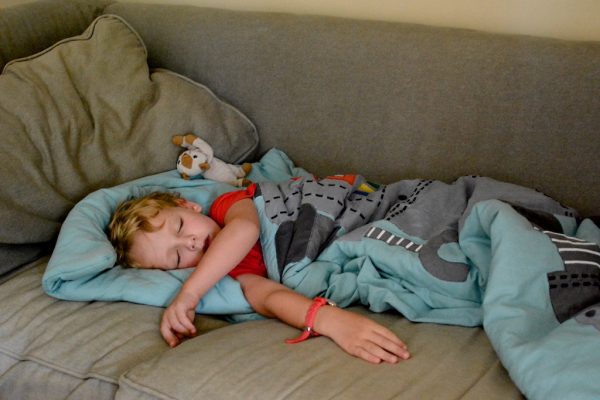 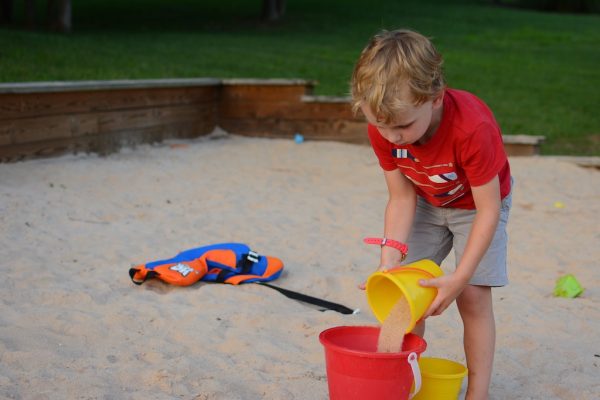 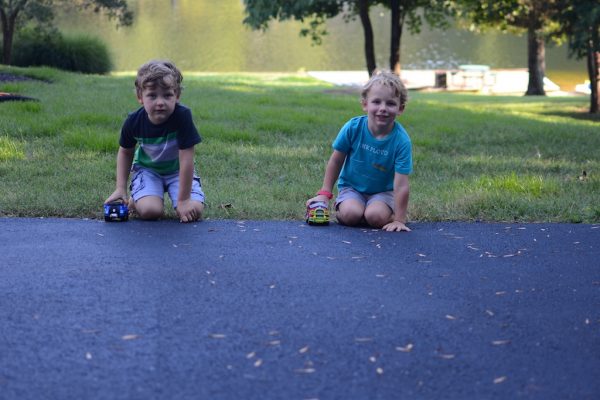 A few weeks later we saw an allergist who, after five hours of tests and blood draws, shrugged his shoulders and said he wasn’t sure. His best guess was that it was the ibuprofen.

Our pediatrician and pulmonologist said the same thing: sounds like the fever was an unrelated virus, and he had a reaction to ibuprofen.

I was a little reluctant to believe the ibuprofen thing because he’s had ibuprofen a hundred times. And what about that weird tiredness/fever thing that happened before the medicine? (I ignored every doctor who told me that fever isn’t a symptom of anaphylaxis.)

Last week we got a second (or fourth) opinion, and this allergist agreed. It sounds like he has an allergy to NSAIDs. Because there is no in vitro test for NSAID allergies, soon we’ll start allergy challenges.

The thing every doctor is baffled by is why the Benadryl worked so well. It shouldn’t have resolved his symptoms.

But when I look back at the entire episode, why did Tom go check on David a minute after I left him? Why did I accidentally give him the correct dosage of Benadryl? Why did the Benadryl work? It’s because God was looking after David, taking care of him while I held him, helplessly. I have to believe that.

That entire week of our vacation I felt distracted; I couldn’t quite relax. I withheld the top allergenic foods, even though there was no evidence that his reaction was to, say, SHELLFISH. At night Tom and I checked on David multiple times, and during the day we asked him how he was feeling so many times that eventually he shouted, “I’M FINE MOMMY!” And I responded by reminding him that I would continue asking every five minutes for the next 10 years or so AT LEAST.

When David was born the doctor put him on my chest and I was so completely exhausted from labor that I started screaming, “I can’t hold him! I can’t hold him!” I knew that if the doctor gave him to me, I would drop him. I would let him fall. A nurse put their hands around him to help me hold him and said, “It’s ok, you aren’t going to drop him.”

I wasn’t alone then and I’m not alone now.

But I do need reminders. We aren’t alone. Every day, every hour, every minute, we have to trust God with our children. God is completely in control and I take His sovereign control for granted until my perceived control vanishes.

When I talk to Tom about my fear, especially when my kid was walking around with a severe potentially life-threatening allergy to SOMETHING, he reminds me of the truth: God is always in control of our kids, this was just a very clear reminder of that. We’re never in control. We do our best with things like carseats and life jackets, but God is ultimately caring for our kids.

That’s what I’m praying they’ll grow to believe, right? That they will trust in His sovereignty, experience God’s goodness, and see His glory for themselves. That this moment of fear and uncerainty will only be a part of David’s life and the story of his faith — and mine.