Two weekends ago Tom took David to Washington, D.C. for a father-son adventure. They rode the train, and the subway. They visited the zoo, the Museum of Natural History, and the National Air and Space Museum.

it is so hard to say no to mcdonald's once it's been spotted. at least there is a token miniature orange included.

He also got to swim in the hotel pool, see dinosaur bones, build a volcano, sit in a plane, and have something like 48 uninterrupted hours of Daddy time. That’s something I haven’t gotten in the past five years. Unless you count our hospital stay when Mary Virginia was born.

Whenever David talks about the trip he says he was “at Washington, D.C.,” which is a funny little nuance of the English language.  You would never say, “We were at Boston!” but it’s totally fine to say, “We were at Kroger.”

I never correct him partially because it’s cute, and partially because I have no idea why you’re supposed to say one instead of the other. And I know that if I correct him he’ll ask me WHY, and I’ll have to distract him by saying something insane like, “did you know there are 10 different ways to pronounce ‘ough?'”

“Ough” as in doughnuts.

Wow, that transition was seamless.

While the boys were away, Mary Virginia and I had a positively wonderful girls’ weekend + Thomas. David went to the Smithsonian, Mary Virginia and Thomas got doughnuts. It’s important to Tom and me that we treat our children exactly equally, obviously.

We also spent a lot of time checking Instagram, and refreshing their location on Find My Friends.

After all, getting doughnuts only takes so much time. (The days are long and whatnot.) 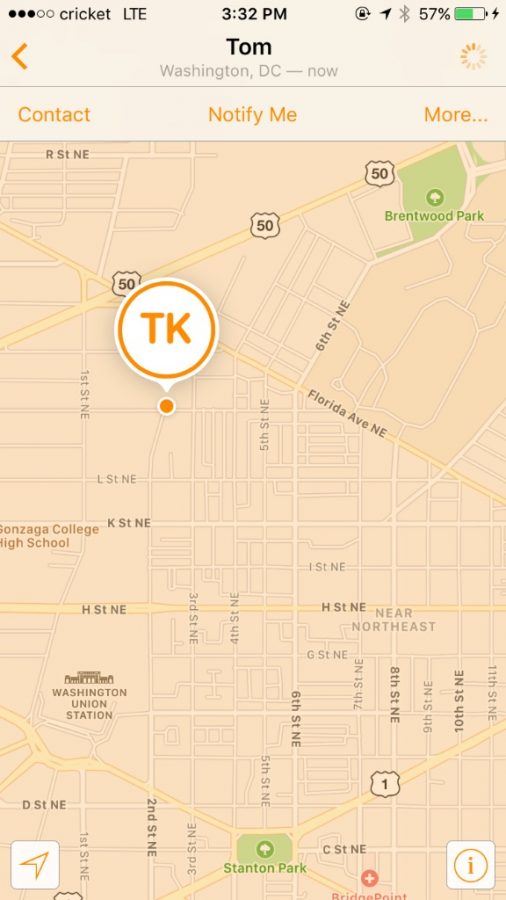 One thing I didn’t expect from David’s weekend away was that I would learn about him. Once he was gone, his role in our family was suddenly so obvious. I never noticed — or appreciated — how much he is the rudder to our day.

Mary Virginia loves pretend play and has a great imagination, but it’s David’s enthusiasm that moves the kids from one activity to the next.

For example, today, Thomas went into my bedroom and got on the bed. David saw him, and a minute later all three were playing some sleep game that involved throwing my comforter on the ground. Thomas technically started it, but it was David that accelerated and amplified it and turned it into a giggling, messy, bickering game.

Or maybe a better example. Later I overheard Mary Virginia telling David, “I just like to do whatever you like to do.”

When David was little, I’d plan activities for our days at home. I’d often ask the kids if they wanted to paint? Or do puzzles? WHO WANTS TO READ A BOOK?

I realized that I almost never do that anymore because David wakes up asking, “Can we paint? Where’s my turtle puzzle? CAN YOU READ ME 100 BOOKS?” We can barely pick up from one activity before we move to the next. And the snacks. The non-stop snacks. The waking up and eating several waffles, scrambled eggs, and whole milk and then asking for a snack. And then asking for another snack WHILE EATING A SNACK!

Without David’s energy, we just sort of looked at each other and whined.

David doesn’t completely fit into the oldest child stereotypes, but he is certainly our antagonist, motivator, the master or ceremonies. He’s the leader of our pack.

I’m with my kids everyday but there are times when you really SEE them. This was one of those times.

The weekend made me think about next fall when David starts kindergarten. He’ll be gone for most of the day, and our little pecking order will be shaken and shuffled.

He’s ready, and it will be a good change I’m sure. Mary Virginia will have space to grow in independence, Thomas can play with the Hot Wheels uninterrupted, and I get a break from…nothing. Ok, I get a break from nothing. But that’s fine. We’ll all figure out how to rearrange our day.

And just like we did after his trip at Washington, D.C., I’m sure we’ll be waiting at the door every afternoon to greet him just like this.