Styling by the Pacific Ocean, pigtails by Mary, photo by Grammy, Tom’s sunscreen-face by himself, entire week of adventures  (including three meals a day for 14 people) planned and executed by my sister and her generous family. 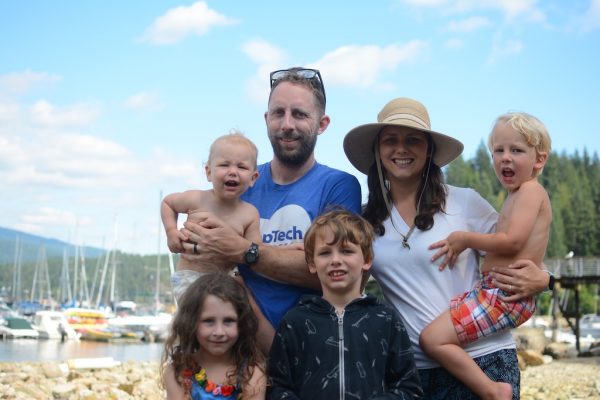 Before we had kids, I assumed I would be totally unaffected by becoming a parent. [Let’s all take a moment to wipe the coffee we just spit out off our screens and reflect on the ridiculous assumptions we had before our children were born and strip-mined our lives. HA!HA!HA!HA!HA!]

I assumed I wouldn’t be beholden to things like nap time or whining. I assumed we’d travel.

Anyway, long story short, I was completely wrong in every way. Now that we have kids our big “adventure” is our weekly trip to the grocery store. And to be honest, sometimes I sit out that one, too.

So Tom suggested a trip and I sort of rolled my eyes. This didn’t surprise him. When God made me, he made a woman who prefers to be in the same room with her children and gets a little shaky when they’re out of my line of vision, much less in a different time zone. I know, my children are so #blessed.

We tabled the idea and didn’t really mention it again. One day Tom and I will take a trip, I’m sure. Maybe when the kids are just a bit older, and I’m not breastfeeding. Speaking of breastfeeding we’re all counting on my separation hormones to calm down a little once this baby is weaned. (Some of us more than others, AHEM, Tom.)

Our trip to Vancouver happened to fall over our 10-year anniversary. We didn’t plan it that way, the best week for everyone to travel just happened to be the beginning of July. We were both so distracted by the particulars of the trip that we didn’t realize it was our anniversary. When we did (thank you Google Calendar notifications!) buried under a pile of laundry and suitcases, so we any expectations for grand gestures were off. It was kind of nice.

We spent the day of our anniversary with family, then after the kids were in bed we went for a bike ride on the West Dyke Trail and had an extravagant seafood dinner together at the fisherman’s wharf. We ate lobster, crab, and oysters and talked about our marriage and whether or not you’re supposed to tip servers in Canada (you are). After dinner we considered walking around a bit but decided to bike back to my sister’s house. After all, it was late and our texts weren’t working. Thomas had had a fever all day and I wanted to get back to check on him. This is 10 years of marriage for our family. I think one of the biggest lessons I’ve learned through the major changes in the past decade is to embrace the season you’re in. 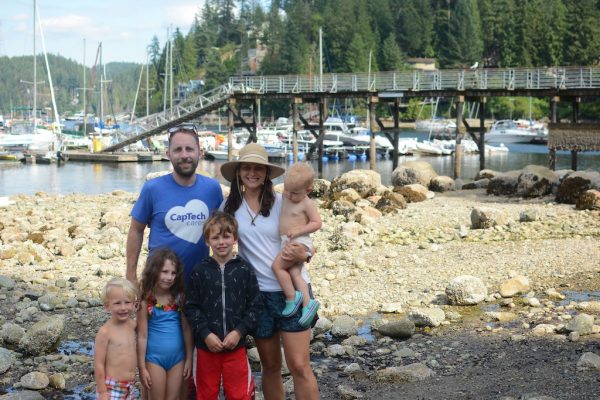 While I do see the benefits of solo trips without kids (for starters, no one knocks over my wine, or asks for a bite of my dessert), I hope we’ll continue to celebrate our anniversaries as a family. There is something special about marking 10 years surrounded by some of the people who helped foster and grow our union, and the beautiful offspring our union created.