My kids had a day off school for Good Friday and we planned to spend the day, among other things, dyeing Easter eggs, and using Sweet Frog coupons they got from school.

Thursday night I looked at the weather and realized we were supposed to get rain, which was frustrating because I was planning to use my number one tip for making Easter egg dyeing enjoyable and stress free: do it outside.

Then on Friday morning, a little rain was the least of my worries because turns out the forecast actually included heavy rain, lightning, and possible tornadoes. EXCUSE ME, WHAT? My anxiety started to climb so much that I started CLEANING (I know, I’m as surprised as you are) and asked Tom to come home before the storm. In hindsight (because the storm thankfully dissipated before it hit Richmond) I was perhaps a little dramatic. But in my defense, the last time this happened I ended up with no power, trapped in a closet for three hours with a baby and a toddler. Fool me once, tornado warning, shame on you.

I baked a giant batch of brownies and then decided, I’m already on edge! What the heck, might as well dye a bunch of eggs!

We dyed 30 eggs. The MVP of the entire operation was Anna, who happily ate teeny bits of brownie while her siblings worked.

(Unrelated to egg-dyeing, Thomas learned to cross his eyes! Here he is saying, “Mommy I made two of you!” 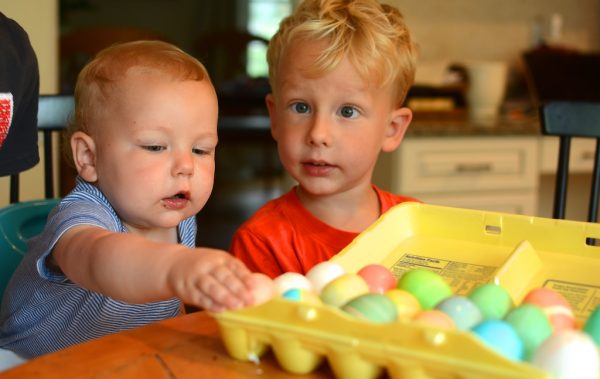 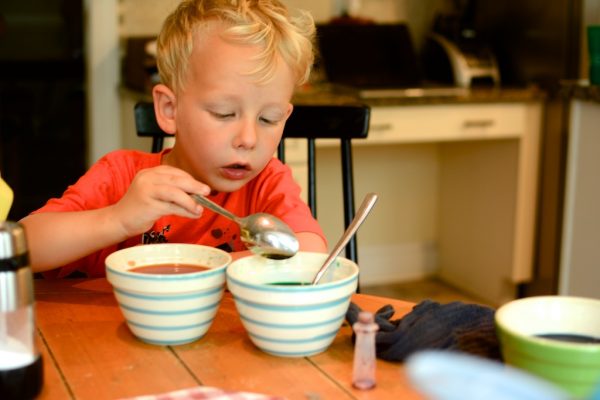 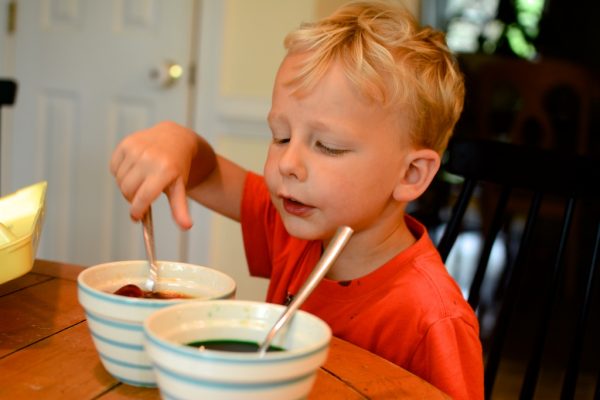 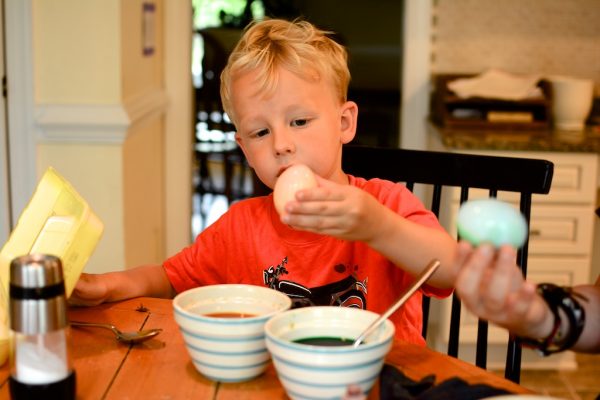 Mary was my details girl. She was interested in creating patterns and different colors, which I am awful at because we only used traditional methods growing up. Patiently holding half of your egg in the dye and then putting the other half in another color is as fancy as it got when I was a kid. 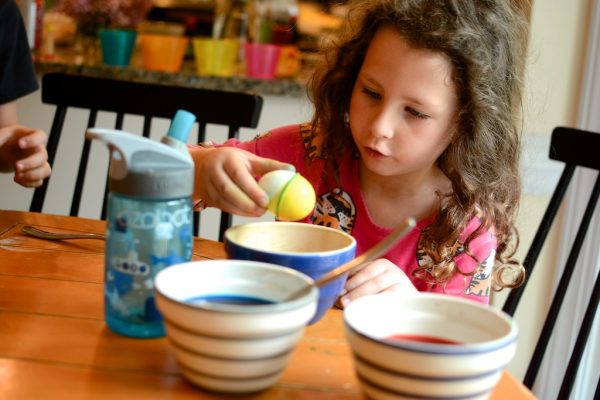 We tried drawing on them with crayon and that didn’t work (Why didn’t it work? Is there some trick? Or a special crayon?) so I helped her wrap a rubber band around her egg. She really loved the resulting pattern, and so we tried again, wrapping the rubber band an extra time.

When she lowered her egg into the dye, the rubber band snapped, splashing a surprising amount of dye onto her face, the table, the floor.

David was my master egg-dyer, as always. He was so focused and worked so fast that he shattered three eggs by dropping them too hard into the bowl. I honest to goodness didn’t even know that was possible. 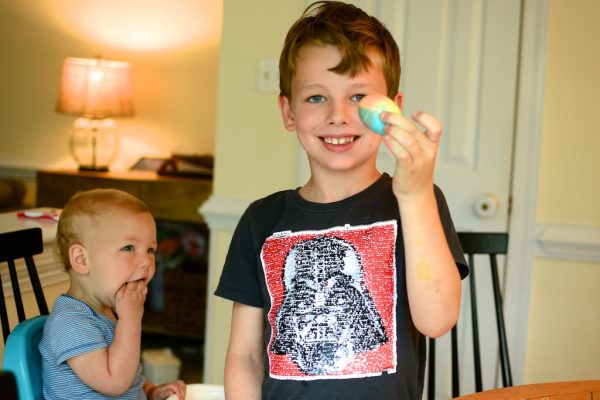 Sometimes after we do these holiday traditions, I console myself by saying that my kids will remember the activity as stressful or messy. They just remember that we did it, all together.

Mary has checked on the eggs twice because she apparently thought we were doing some experiment and they were going to transform into something in the refrigerator. (Even though I told her that nothing was going to happen, she tried to keep checking until I made a “No one is allowed to take the eggs out of the fridge” rule.) 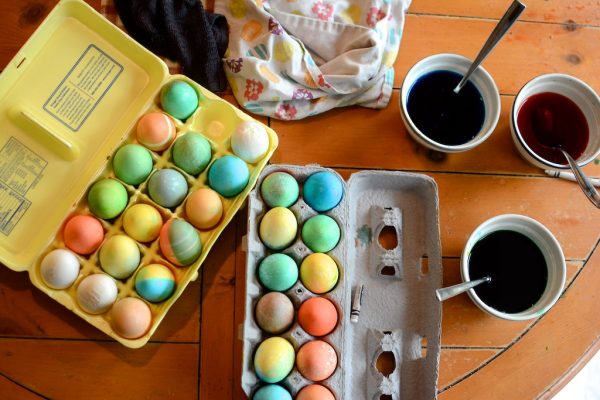 Since we never got the storm the kids spent the day trashing the playroom, watching a few episodes of Garfield, and then I took everyone outside to play chase. (“It’s called TAG!” Mary corrected.)

All in all uneventful and lovely.

Remember last year when we went outside to dye eggs and I thought the kids were going to blow up the house?