Here’s a confession:  I don’t know who’s playing in the Super Bowl.

Ok, that’s not completely true. I know the Patriots are playing thanks to social media and my friends who do not like the Patriots. Other than that? I have no idea when or where or who. But regardless of all that, even though I truly do not care about the outcome of the Super Bowl, I will be watching because I could never in good conscience pass up on the once-a-year opportunity to indulge in Super Bowl food.

I first made Buffalo Chicken Rolls because I knew Tom would love them, but they immediately became one of my favorite, indulgent appetizers. I always make these for a crowd, and whenever I do the crowd agrees: they’re amazing. 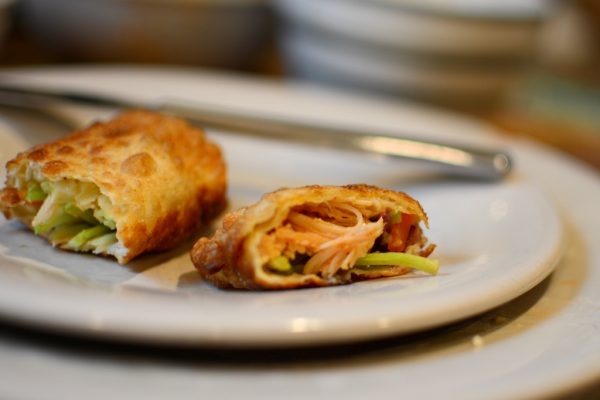 These are simple enough to whip up, but do require a little assembly. Thankfully they’re forgiving (No need for precision! My favorite kind of recipe!) and completely worth it. 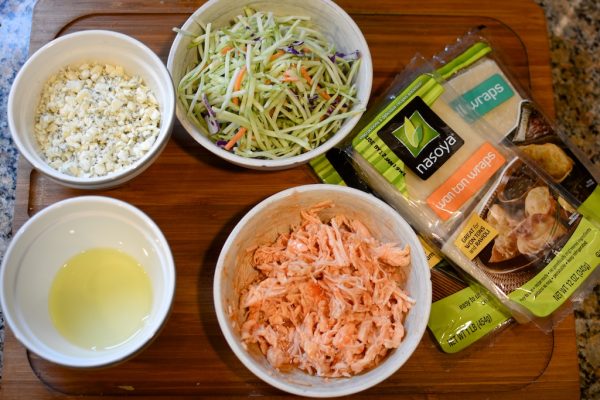 Pile up the wonton with a little of everything, making sure to not over fill. Then wrap it up. 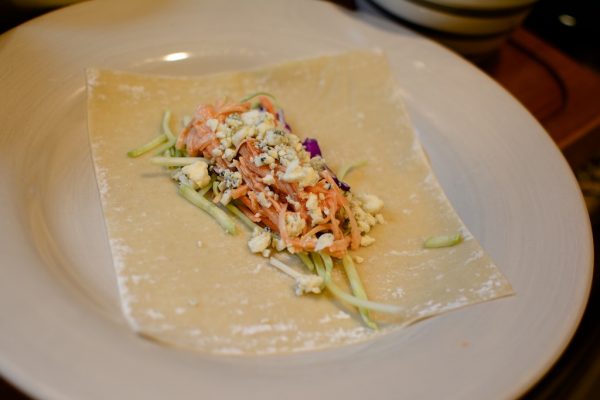 The wonton wrapper package has a nice graphic for how to correctly fold the wontons, which is really generous of the good people at Nasoya. My first few are always pretty rough, but they get better as I go. 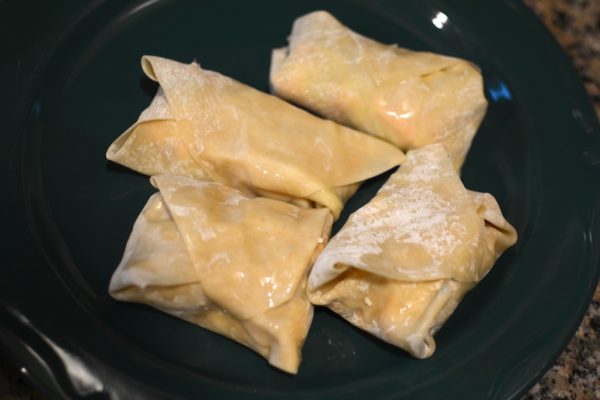 The great news? Remember? It’s ok if they aren’t perfect! No need for precision! Just make sure it’s rolled tightly enough that nothing is leaking out.

I like to make a pile so I can fry them in batches. 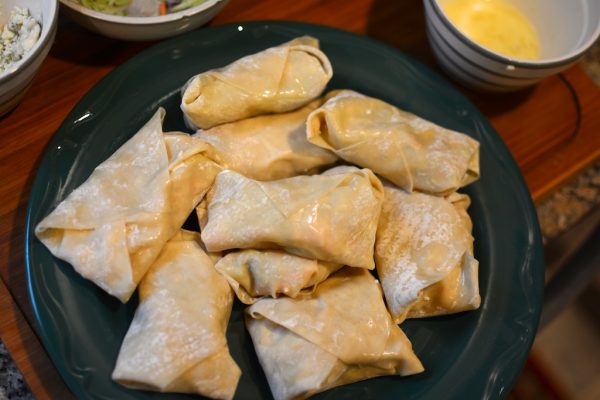 Add a bunch of canola oil to a heavy-bottomed pot or dutch oven (which is what I’m using here). When it’s hot, carefully add the rolls.

Let them cook for about three minutes — you’ll start to see the edges brown (these actually probably cooked for about 30 seconds too long). 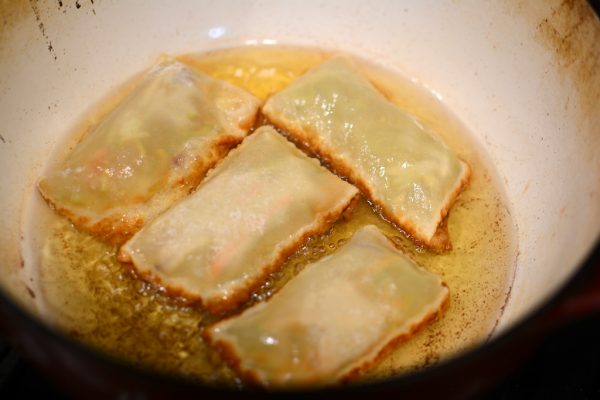 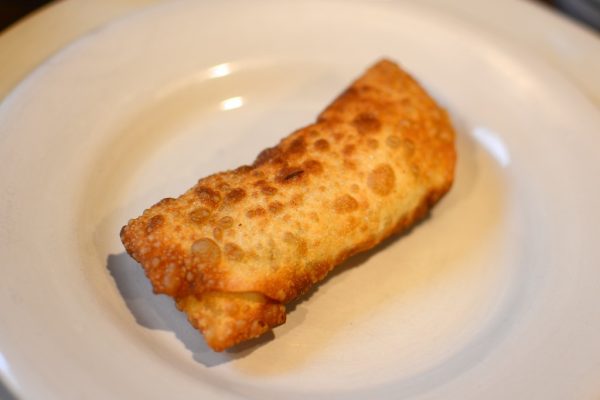 Looks kinda like an egg roll, right? But instead of an egg roll it has buffalo chicken and blue cheese and is…dare I say…better? 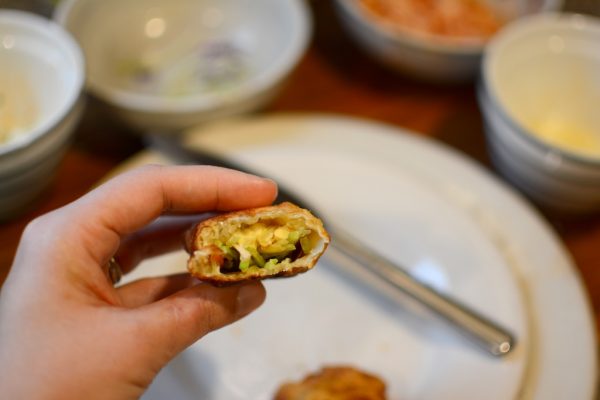 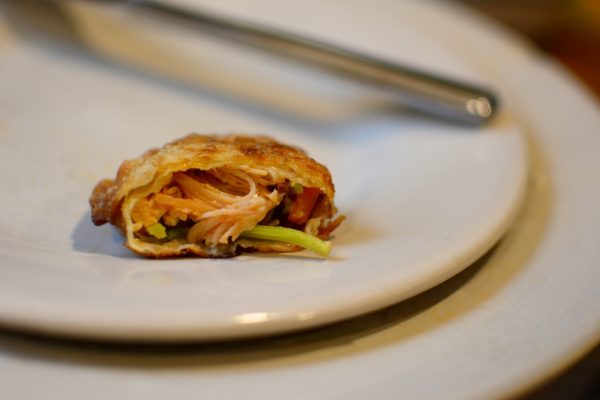