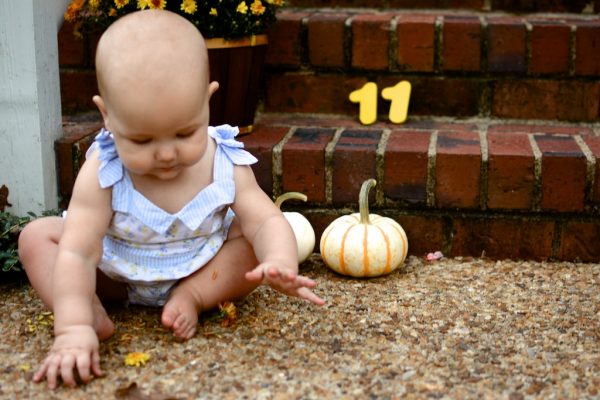 I spent this month reminiscing about this time last year when I was very, vey pregnant. I was so huge and exhausted. Making lunch and folding laundry, and just getting out of bed  felt like walking up a mountain through three feet of water. I was anxious about our family’s transition and the added work of a fourth baby, and I spent a lot of time worrying that I was going to give birth in my kitchen.

But there was a lot of excited anticipation, and because of that I think back to last October with such fondness. What I wouldn’t give to go back in time and whisper into my ear, “She’s going to be beautiful, sweet-natured, and bald. And she’s going to bring so much joy to your family. Oh, and don’t worry, you’ll give birth in the hospital.” 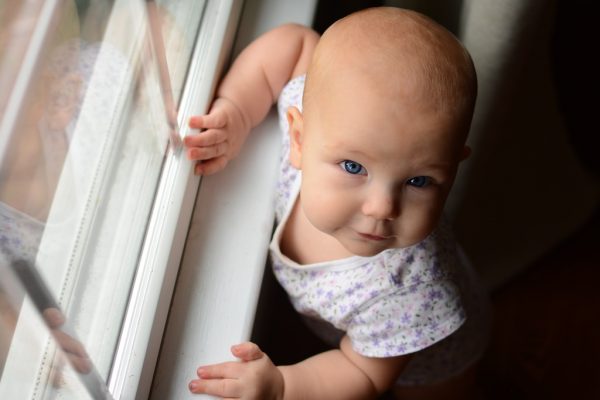 Anna is almost a whole year old, and even though it seems like this year flew at break-neck speed, Anna is totally ready to be a one-year old.

Anna is starting all these toddler-esque habits. We’ve blocked off the bathroom, stairs, and cat food, and coincidentally those are the only places in our house she cares about. Her favorite room is our refrigerator, and sometimes when I’m cooking and she’s crying at my feet I open it and let pull the Worcestershire and soy sauce bottles from the bottom shelf. I call it “chill time.” Tom calls it “I can’t believe you let her play in the refrigerator” time. 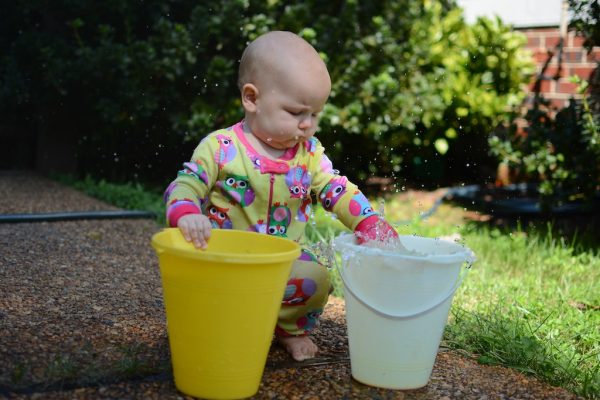 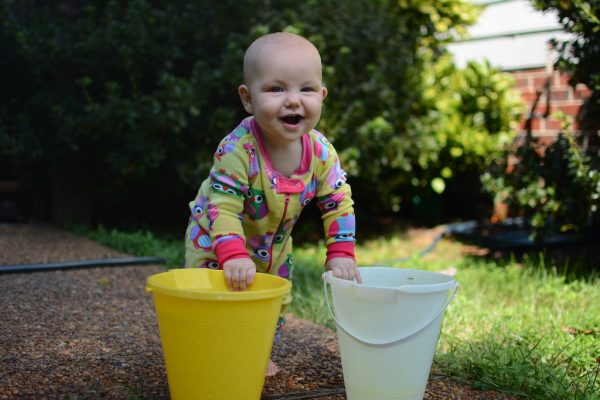 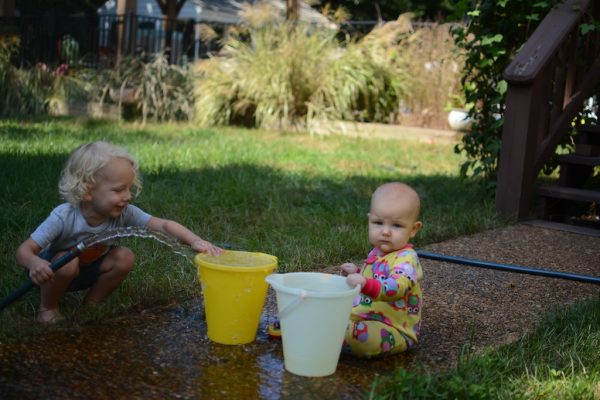 Anna has some sort of sensor that tells her if someone leaves the gate open to the stairs, and no matter where she is IN THE WORLD, it takes her three seconds flat to scale the stairs. When I find her halfway up the stairs, she looks at me and dissolves into laughter as if her climbing the stairs is some sort of inside joke between the two of us. But if breaking all the rules and getting a potential head injury is Anna’s idea of a hilarious joke, well then I think we have different senses of humor. 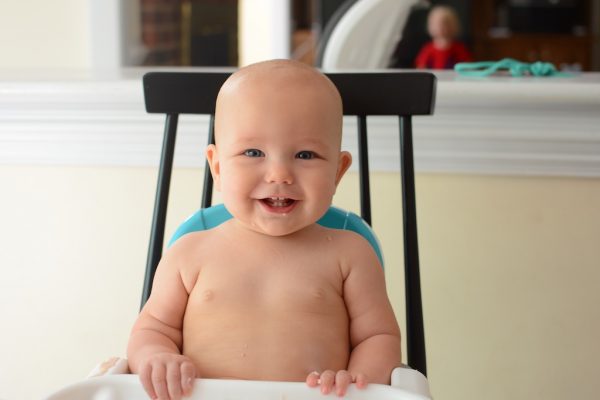 Anna is gaining confidence on her feet and is starting to cruise more, and she’s more and more confident letting go and standing independently. With all that confidence comes the latitude to be more destructive. For example, last month she’d have to hold onto our shelves with both hands. Now she’s steady enough to hold on with one hand and dump a box of toys with the other.  The puzzles! The marker box! The Lego bin! The way they empty and spill! It’s all magic! 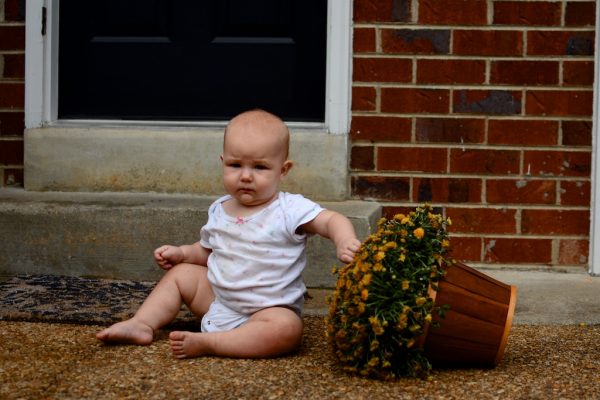 Anna is also starting to develop verbally. When we say hi, she copies in what I can only describe as a baby whisper-yell, “IIIIIII.” And when we say bye, she repeats, “BIIIIIIII.” She calls for me — Ma-ma-ma — or for Tom — Da-da-da. And with all the practicing we’re doing, I wouldn’t be at all surprised if she didn’t learn Mary’s kindergarten sight words for the month of October. 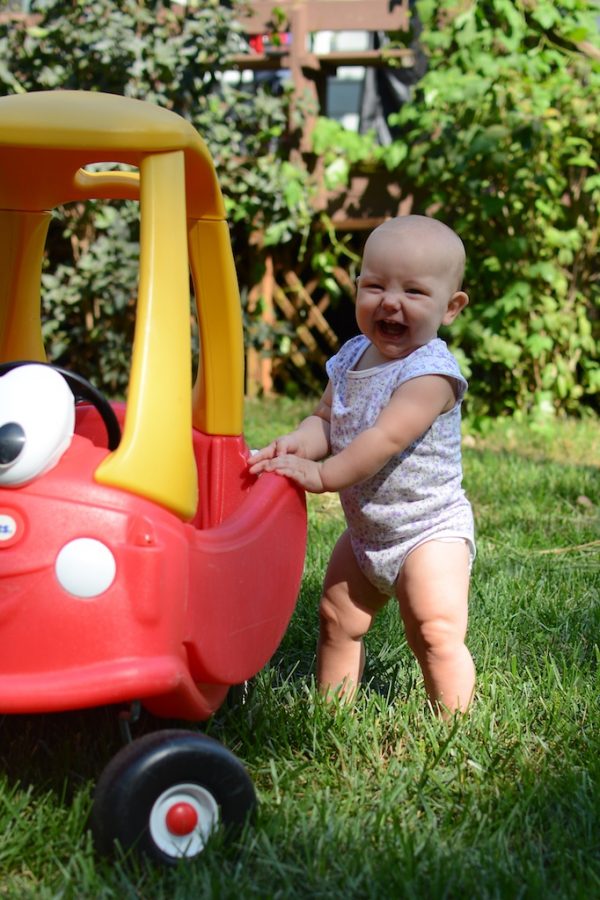 The biggest way Anna is seeming more and more like a toddler is that she has realized she has a vote. It happens in the life of every baby, and for Anna it happened during month 11. She doesn’t necessarily get to decide what happens, but boy OH boy does she get to have an opinion. She realized she doesn’t have to sit quietly while I strap her into her carseat, she can also scream and flail and arch her back. When I put up the baby gate, she has the option to  scream and throw her body at it in protest. 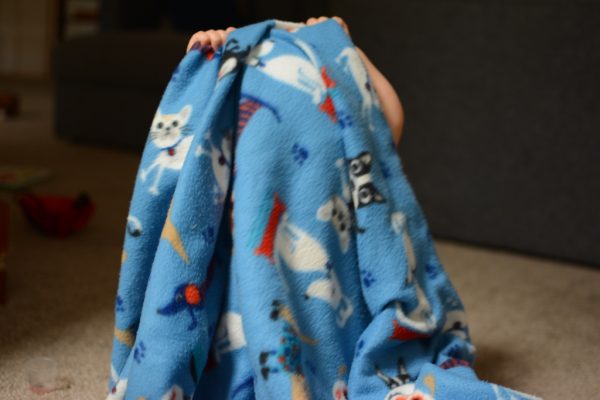 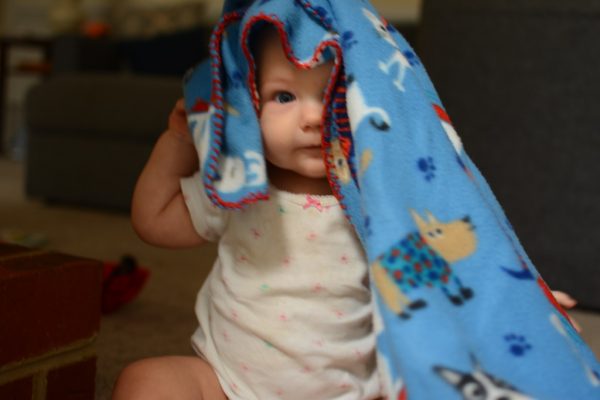 She votes no to diaper and outfit changes, no to Mama cooking dinner, no to any sort of barricade, for any reason. She votes yes to emptying anything, yes to her perch on Mama’s hip, yes to waking up every three hours through the night.

(She would also like to take this opportunity to remind all of you to vote in the upcoming midterm election.) 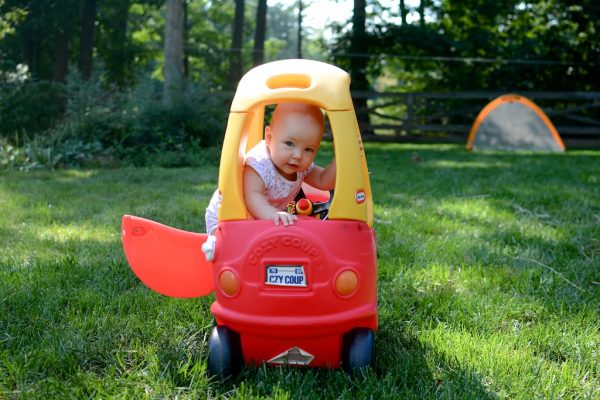 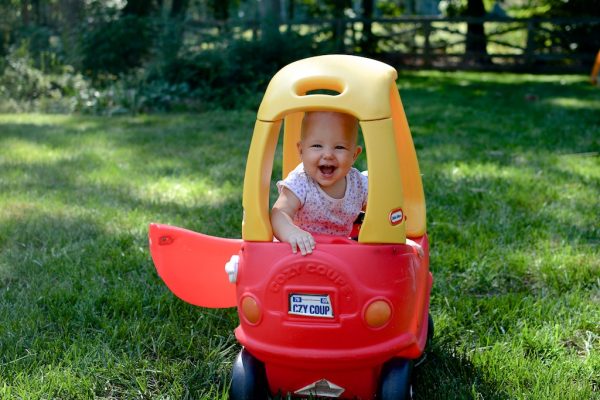 I would be remiss if I did not mention that this month we hit the worst milestone ever: baby’s first fever. Anna has had fevers before, but this was her first ever big, up all night, a little bit scary, legitimate fever. It burned for four days, and all sweet Anna wanted was to be held. Is there anything sadder than a sick baby? In hindsight, even though she’s had her share colds, ear infections, and even the stomach bug, that we made it this long without a real fever is actually a little bit impressive for the fourth baby. 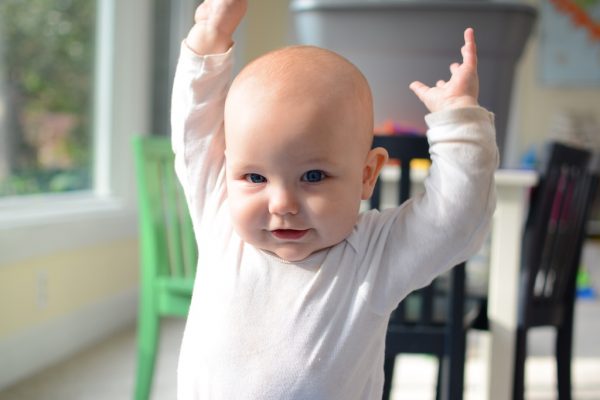 I am not thankful for sickness, but sickness does serve as a reminder that we are blessed with overall good health, great access to healthcare, and a baby who is almost always sweet and happy. 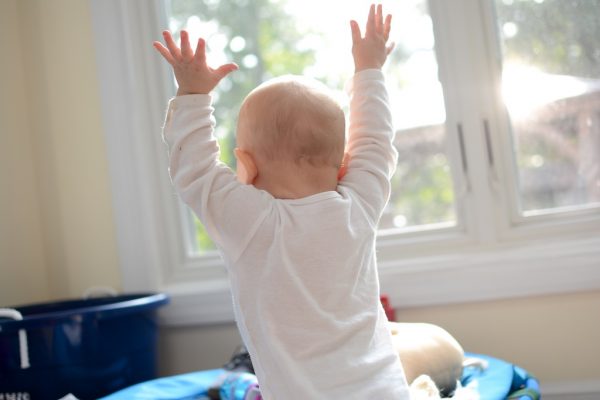 When I pick you up from your bed, you grab me with both arms in an embrace, and then you rub my back.

Having four kids is really hard. And I’m not just talking about the work of laundry or even safely ushering four children (WHO WILL NOT STAY OUT OF THE ROAD) to and from the bus stop twice a day. I’m talking about dealing with myself; the daily battle against things like anger, impatience, and selfishness. They rise to the surface despite my best efforts to do better — every day is blanketed in repentance, and gratitude that my best efforts are covered in God’s grace. I’m just so tired, I tell myself, I just need a break. There are so many needs, so much to do, not enough of me to go around.

And then you. You wake up from your nap and I lift you from your crib. You rest your head on my shoulder, pat my back, and just like that all I can see is what a blessing it is to be a mother. Thank you for that.

I love you so much, 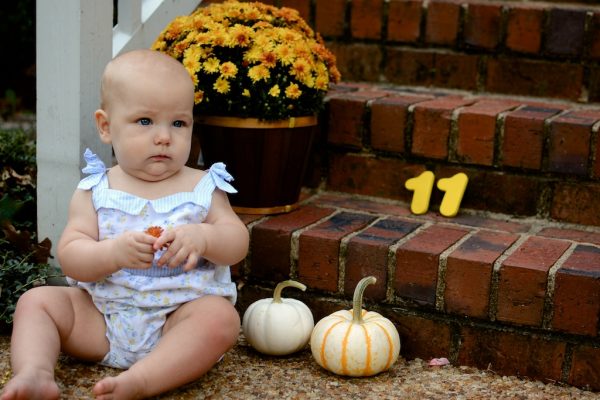 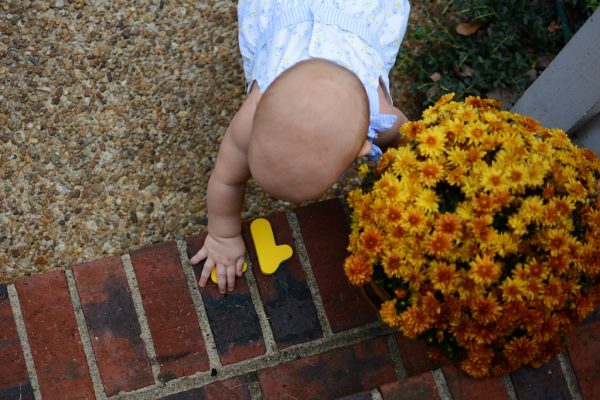 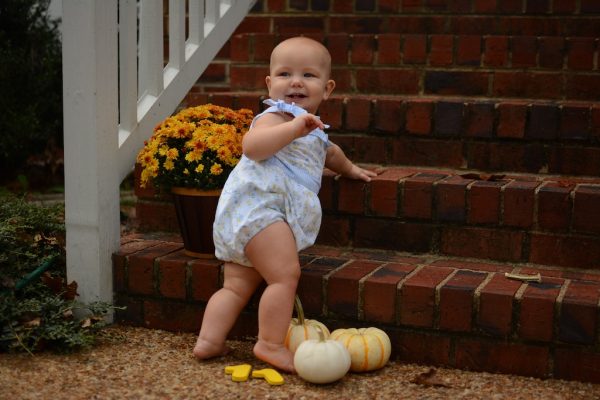