Picture me watching from the sidelines, wearing a baby, and choking back tears. Because do you see what a NATURAL he is, running out on that court?! I’m so proud!

Picture Assistant Coach Tom Krieger on the sidelines, stifling laughter at the amoeba of children, all very enthusiastically running up and down the court with very little, skill, organization, or focus. We could probably blindfold them and the game would look about the same. 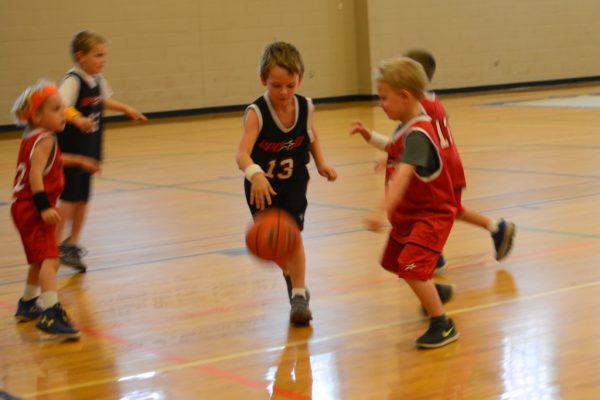 Like that one time David got a break away! And ran directly to the other team’s basket (pictured below, note all the pointing). Despite lots of shouting from all the coaches and all the refs AND his very shrill, very hormonal mother. Don’t worry, he turned around before it was too late. 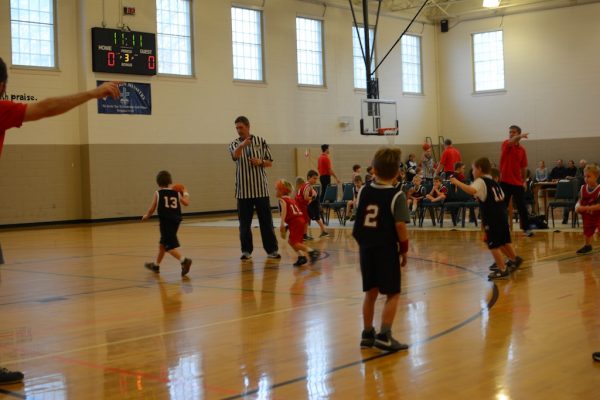 Picture Mary Virginia sharing a seat with me, trying to figure out how to trade places with Anna and sidle into my Moby with her gigantic stuffed horse. 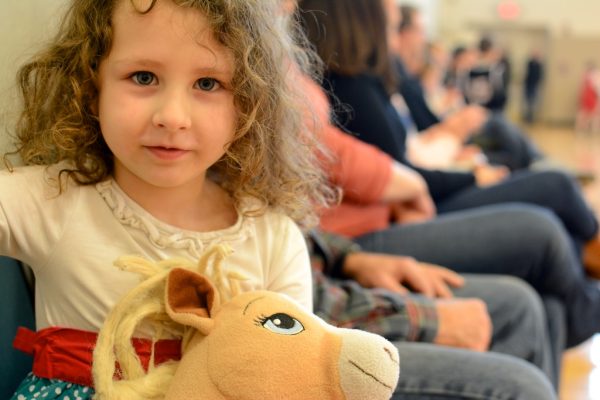 Picture Thomas, bouncing from foot to foot, asking to play bas-a-ball, while skinning that entire apple and spitting the peel all over the floor. 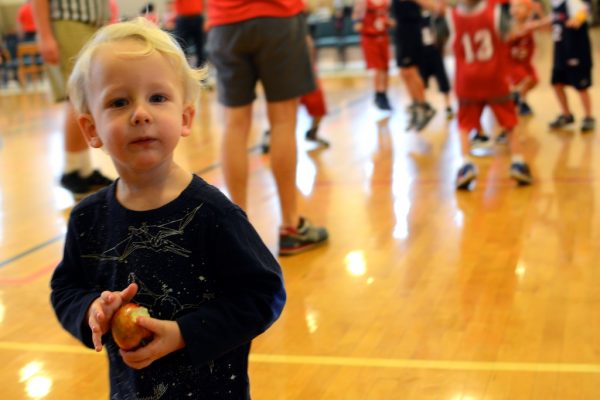 David took three shots. I won’t tell you if he made them, because the league has decided points don’t matter. They don’t keep score, you aren’t allowed to steal the ball, and there’s an awards ceremony after every game. Also because if you got points for being out of your mind excited, the final score would be something like a million to a million. So why stifle that? 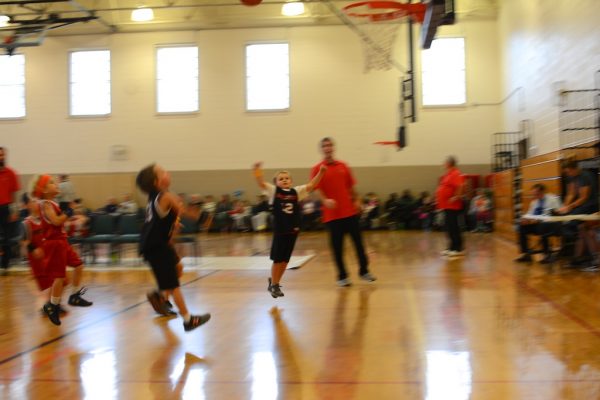 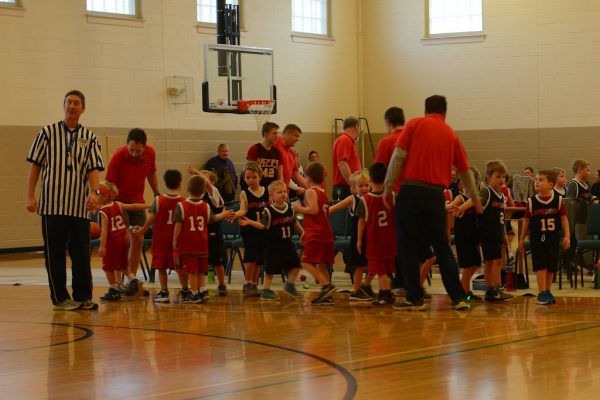