At my 39-week check up I happened to casually mention that my husband was running the half marathon over the weekend. Immediately my doctor got very serious about developing a plan for what I would do if my labor started while the race was happening and there I was, on the sidelines of a race in 20 degree weather, hemmed in by closed roads and thousands of people who’ve been training for weeks to NOT stop at an intersection to let an ambulance through.

I did not tell her that I’d been joking with my sister-in-law that if my water HAPPENED to break during the race, she was first on my list to deliver the baby.

Now that the race is over and I’m on the couch, recovering from a long morning of cheering, I think we can all agree that my doctor is super dramatic.

Tom would disagree with this, but he ran a great race. He didn’t beat his best time or his goal time, and he might even tell you it was his worst race ever. He got injured halfway through training and had to miss a lot of runs, and then he got sick, but he isn’t one to make excuses. He never takes into consideration that he’s got a full-time job, three kids, and a pregnant wife who did her very best to support his training but also sometimes he would come home from a 14-mile run and they would have this conversation:

Tom: would you mind making me eggs?
Pregnant wife: Are you kidding? Do you have any idea how exhausted I am? I THOUGHT YOU LOVED ME!

The truth is, I love cheering for Tom. Even when I’m 39 weeks and three days pregnant, even when he has his worst race ever, even when it’s 25 degrees outside. I’ll be honest, I wouldn’t CHOOSE any of those scenarios, but I can rally when I need to.

In the week before the race, the kids and I made signs for Tom. The kids were so excited and kept their signs hidden to surprise him. 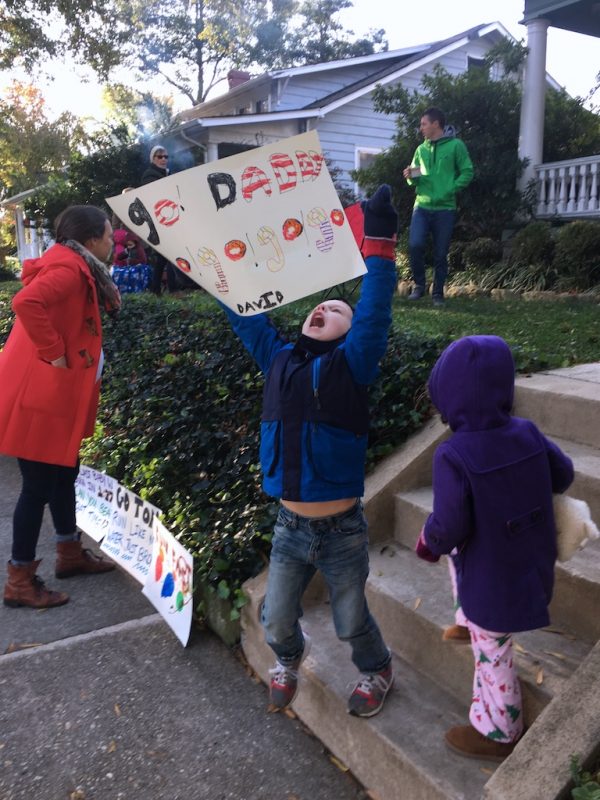 I love Mary Virginia’s because it’s heartfelt, long-winded, and because every runner knows you need an A and B goal. 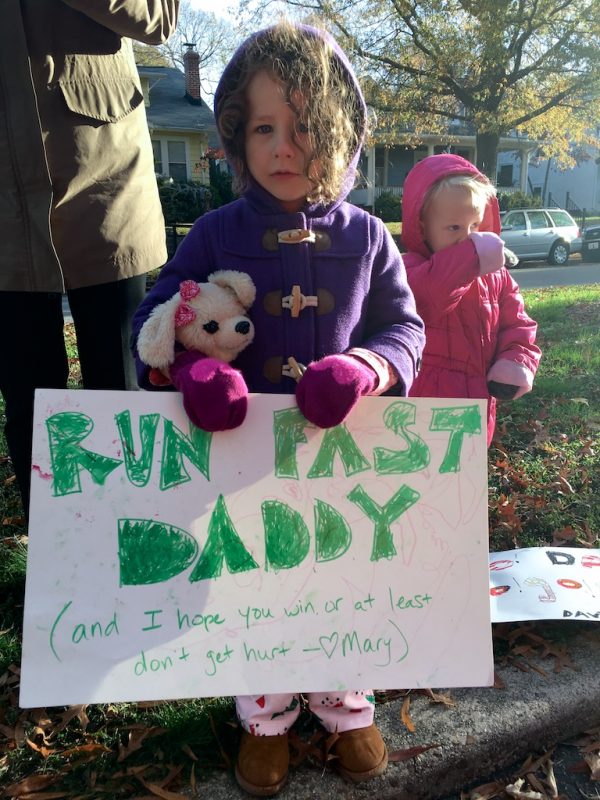 Even though Thomas looks miserable, he was my most dedicated cheering companion. He had to wear this fuchsia jacket because I FORGOT his coat. On the coldest day Richmond has ever seen. 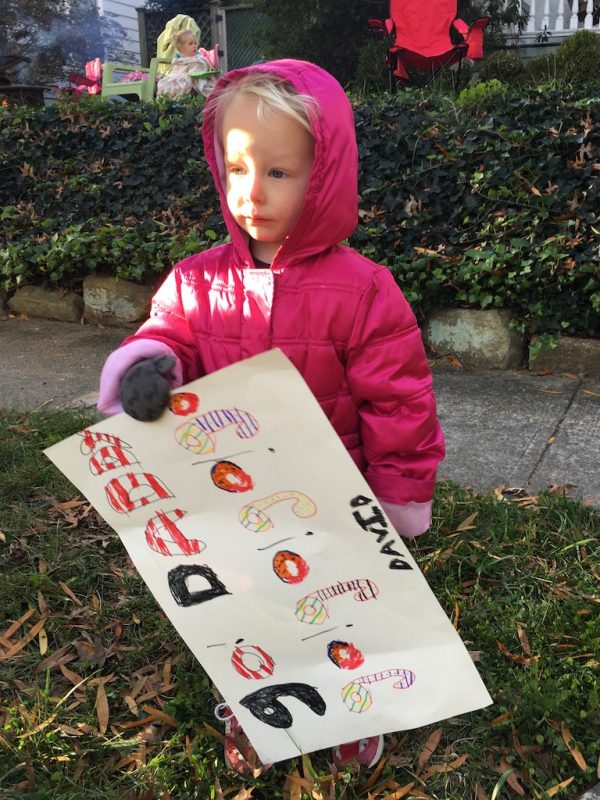 I’ve never made a sign at a race, but since I’m only going to be pregnant for a few more days I decided to take advantage of it. My sign theme was, “Hey, I know you’re running but LOOK AT ME! I’m PREGNANT!” and MAN did the ideas flow.

I narrowed it down to these two, but I could have made 100. And when I asked my friends for their opinions, they came up with 100 more ideas. Top contenders, “If you think this is hard, try childbirth” or “You’re running a half marathon but I’m full pregnant.” 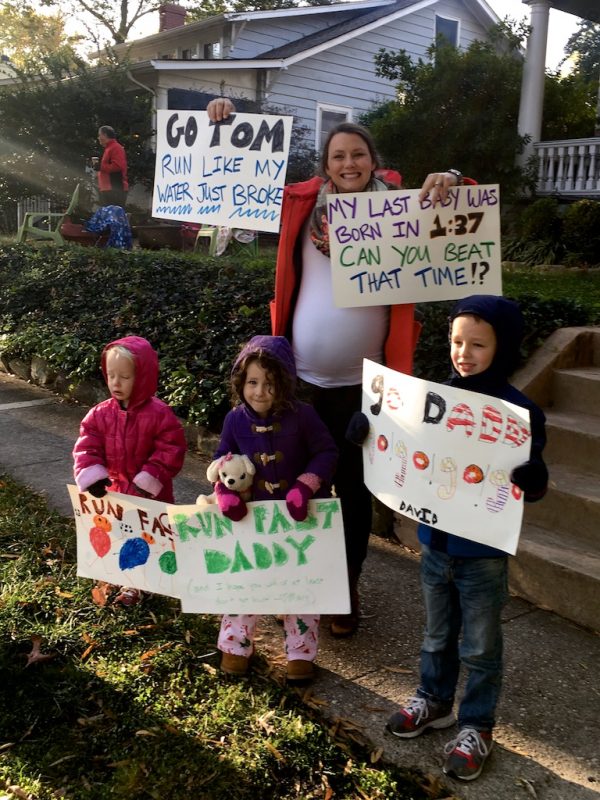 Huge congrats to all the runners, especially Laura who ran an awesome marathon PR and BQ. And to my husband, who ran a half marathon and then mowed our grass while I took a nap.