We lost an hour for daylight saving time last week, or the week before, or actually who can keep track? Because turns out that hour we lost was the one we needed to function, to be able to walk through the living room without accidentally falling on the couch and sitting there for the rest of the afternoon.

Ok, so it wasn’t actually that bad. In fact, besides a few skipped naps, the kids adjusted quickly and we barely noticed. Maybe because it’s so worth it. We lost an hour but we gained so much with the extra light at the end of the day.

For example, earlier this week David asked Tom to take him fishing after he got home from work. 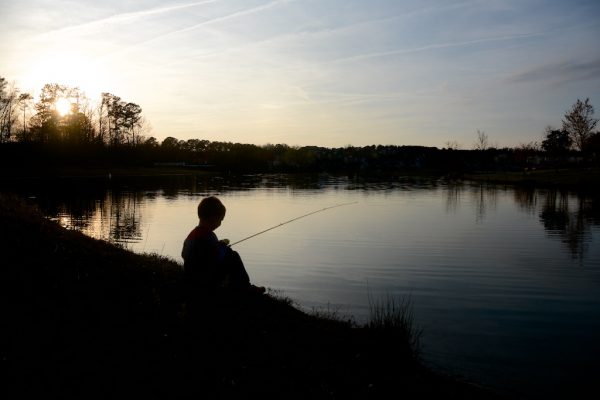 At dinner David announced that he was going to catch a snapper. A snapper!

We considered telling him that snappers are more common, say, in the Gulf of Mexico. But we didn’t. It’s spring! Anything is possible!