David reads all the time, but he almost never wants to talk about what he’s read. Not even when he and Tom read Jurassic Park together just so they could discuss it.

He doesn’t like when we ask him about characters or the plot, or why he likes or dislikes a book. He usually responds by groaning and burying his head in the corner of our sectional.

But occasionally, when he’s reading a comic book, he jumps up and enthusiastically reads aloud a passage that he think is hilarious. Sometimes he’s laughing so hard that I can’t even understand him. Usually it’s not even a little bit funny. (Sorry, kid. To be fair, you say the same thing about all of my jokes.) 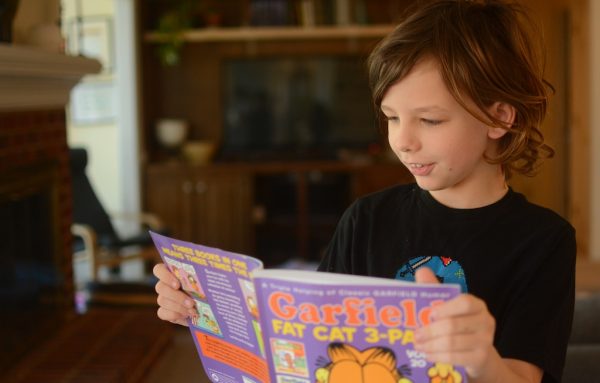 I hate to say this, but the things David gushes about are often mind-numbingly boring. It’s the big-kid version of playing Paw Patrol with your toddler. He doesn’t want to talk about his day, but he gushes effusively about video games or the dream he had last night. All of it is punctuated with third-grade humor. It’s boring and I have better things to do, but I listen as my boy gushes effusively about these things that I don’t care about. 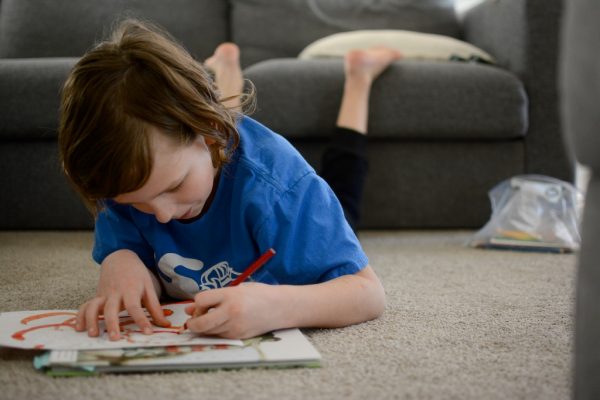 David is only nine-and-a-half. He’s still a kid, but I can tell he’s changing. The other day he told me that he woke up in the middle of the night, rolled over, and went back to sleep. HE WENT BACK TO SLEEP! When he was a toddler, I remember begging for that milestone. When is screaming not their first instinct when they wake up? Nine-and-a-half, that’s when. 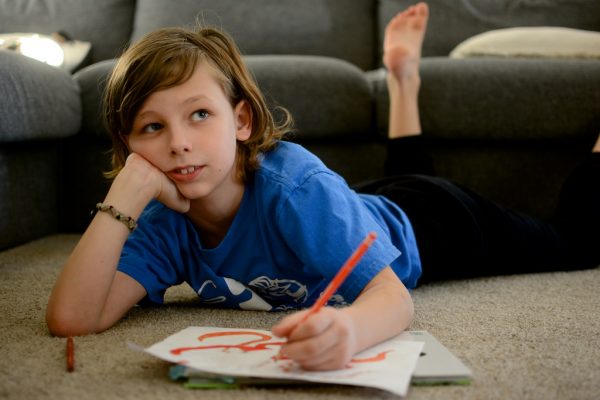 He is all straight lines and angles; elbows and legs; the soft lines of his cheeks are all that’s left of his chubby toddler years.  He spends hours curled on the couch reading, not speaking and grumpy to anyone who interrupts him. I can tell we’re toeing the line of the stage where everything changes, the stage that parents of grown children love to warn parents of small children about. “You think this is hard!? WHEW! Just wait for the teenage years!”

In my current stage with my kids,I feel like an experienced mom. The anxiety and exhaustion of infancy is behind me, and there isn’t a toddler antic I haven’t seen. So much of the parenting I do feels like second-nature, except with my first-born. He is always heading somewhere new; leading me into the unknown, murky waters of the next stage. 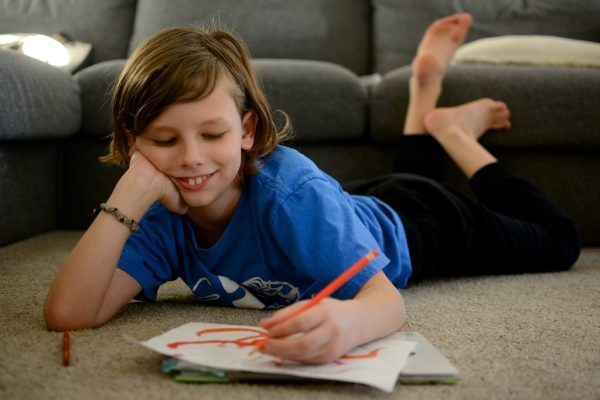 I know this is dramatic.

I know that I’ll look back on this post in a few years and think, “HA! You, sweet, naive mom of a 9-year-old! You thought he was grown THEN!?” I do that all the time when I read the posts I wrote about him when he was an infant, a 2-year-old, a three-year-old, a four-year-old. You get the idea.

Perhaps this is just the way I process the enormous task of preparing another human for life. Step one: introduce to Pink Floyd. Step two: ????????????

If experience tells me anything, these next years will be nothing I’m expecting and everything I’m unprepared for. Before David was born, I read every single one of those little advice cards people filled out at my baby showers, but NOT ONE OF THEM addressed  the only question I had once he was born: What do I do when nursing is awful and my baby never sleeps and I hate this? The only difference between then and now is that back then I thought I’d know what I was doing. Now I know I’m inept, completely dependent on God’s grace and kid resiliency.

I don’t know what these next years will bring.

Whatever it is, totally unexpected and unprepared, and I’ll be here. Listening. 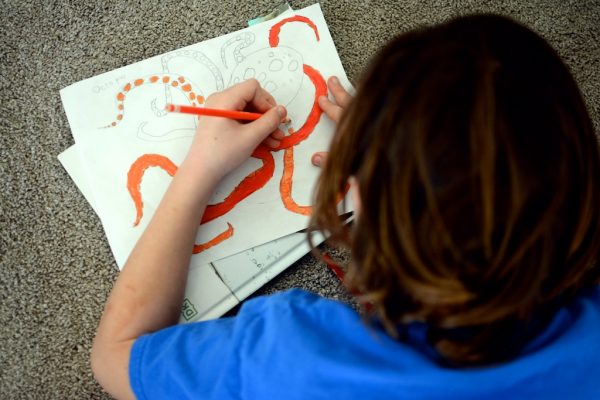