NOTE:  I wrote this a few days ago — a glib post about running during the quarantine. I wrote it before running was added to the list of things that are dangerous to do while black.
I’ve been running since I was 14 years old. That’s 23 years of running on country roads, in the city, suburbs, on college campuses, on trails, mountains, beaches. I’ve run in multiple countries, at every time of day, and in season of the year. Over all those miles, I’ve never felt unsafe or targeted, and I never thought of that as privilege. But that, I suppose, is exactly what privilege is.
The running community is coming together tomorrow (May 8), Ahmaud’s birthday, with a virtual run or walk of 2.23 miles (to represent the day he was killed — February 23) to honor the life of Ahmaud Arbrey. One of the organizers is his high school football coach, who said he loved to run because, “It cleared his mind and it helped him make sense of the world. Unless it was pouring rain, he was running.”
If you can, run or walk 2.23 and post about it using the hashtag #IRUNWITHMAUD

Now that Tom is working from home full time, one of our new routines is that he puts Anna down for her nap. Every day at 1 p.m. he emerges from his office, we slap hands, and I go for a run.

(That’s actually not completely accurate. It’s more like this — he comes downstairs, and tells me I can leave. In response, I wander around for a while, complaining about the morning and telling him funny stories. Then I go to put my shoes on and end up laying in my bed playing Candy Crush. Then after this spectacular show of procrastination, I finally get up to leave for my run.)

I think I’ve already mentioned this, but this new routine has completely changed quarantine for me. It breaks up my day, gives me some time alone, and has released me from one of the worst chores of the day — negotiating the toddler into taking a nap.

Anna picked up on this routine quickly, so now as soon as Daddy appears she starts yelling “NO GO RUNNING, MOMMY!”

She doesn’t even wait for me to start my pre-run routine of dramatically loafing around the house. She knows. Daddy’s arrival = Mommy’s departure. Oh yeah, and naptime. 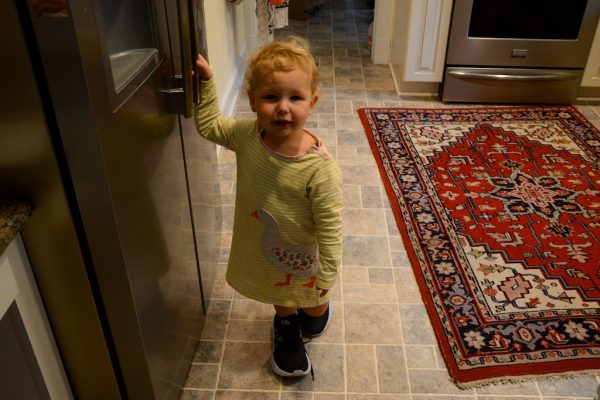 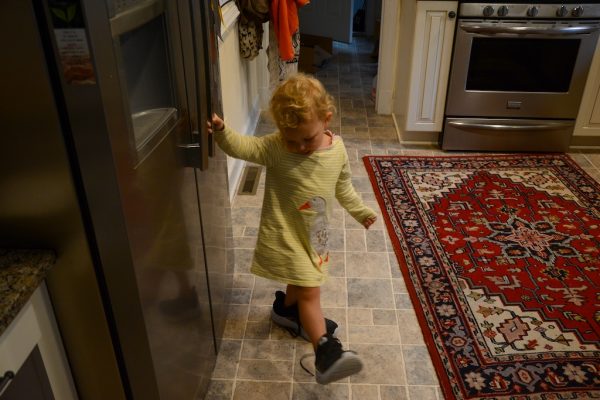 She steals my running shoes, pulls the laces while I’m trying to tie them, takes them off of my feet. She puts them on so I can’t. Sometimes she throws them across the room.

My favorite is when she yells, “No running, Mama. DADDY go running!” 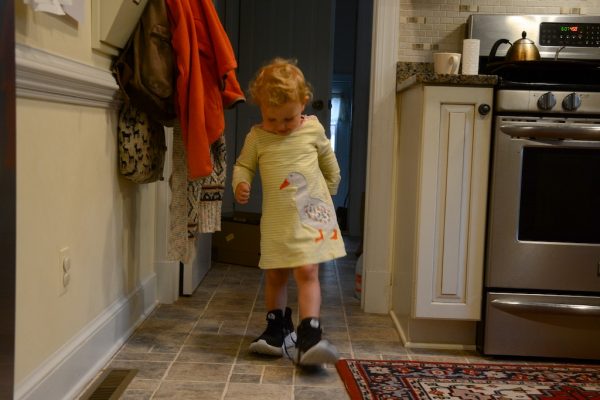 I can’t blame her for all these theatrics.

We’re just a mother/daughter team with the same goal — to procrastinate the inevitable.

But procrastinating a NAP!?

Sorry, Boo. I can’t quite see the logic in that one. 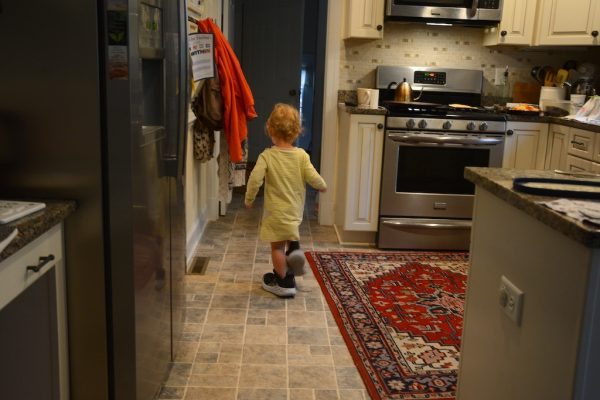