I never planned to nurse Thomas as long as I did.

Actually, I take that back. I never really planned any sort of timeline. 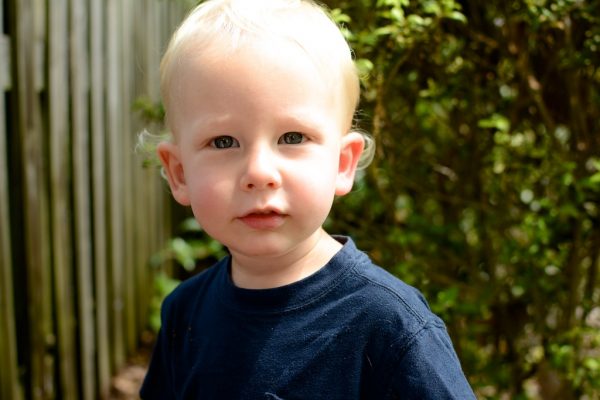 David self-weaned abruptly at 12 months. I was eight weeks pregnant and in the throes of first trimester exhaustion when I weaned Mary Virginia at 16 months. Neither of those things happened with Thomas, and since nursing him was working for our family, I didn’t see any reason to stop.

Ok, ok, ok, I take that back too. I did see a reason to stop. After Thomas’s first birthday I set a deadline: I would stop when he turned 18 months.

There was absolutely no reason for that deadline except, I realized, I was worried people would think it was weird to nurse so long. Eighteen months, though! That’s totally reasonable, and also a little bit badass depending on what circles you travel in — but not so extreme one way or the other.

But then eighteen months came and went and thankfully somewhere in there I realized that making a decision because of someone else’s opinion is the worst reason to make a decision.

So we kept at it. I was convinced of the health benefits and moreover, it was working for us. It was a good, positive routine — not disruptive and nowhere near the burden of nursing an infant.

As Thomas got closer to two, I actually started enjoying nursing more. He is quickly, quickly growing into a toddler that does not stop moving…unless I’m nursing. When we sit together, he wraps his arms around me, strokes my arm and lets me ruffle his hair. Moms (me included!) sometimes talk about how the only time their kids cuddle is if they have a fever. I want to shout, NOT IF YOU’RE STILL NURSING!

A few weeks ago, though, something changed. His attention changed and I developed a nursing aversion. I suddenly felt very, very ready to wean but had no idea how.

For a long, long time I’d only been nursing twice a day — before nap and bed. I wasn’t nursing him to sleep (in fact he was wide awake, often Tom would even put him to bed), but it was the cornerstone of our bedtime routine, and every parent knows YOU DO NOT MESS WITH THE BEDTIME ROUTINE.

I kept at it, every day figuring out a big strategy and routine shift that we never even attempted to implement.

Then one day I just decided I was done. Before his nap I rocked him in his chair and sang a song. He went along with it at first, but then started to get upset — crying and pulling at my shirt. I stayed the course, and then the most incredible thing happened. He calmed down. I sang his song once more, then put him in bed and walked out of the room.

Day two didn’t go quite as easily. He was more upset, and protested the only way toddlers know how — by screaming and slapping me. I held him close, determined to transition him from a routine of breastmilk to a routine of lullabies and back-rubbing.

After three days, he stopped asking to nurse, but continued protesting. That fussing and protesting has persisted. He doesn’t go down nearly as easily as he used to, but the important thing is that we’re done.

Now that I’m on the other side, the hardest part was the weeks of worry and anxious strategizing.

All kids are different, and I know that some toddlers don’t handle the transition as easily, but I truly feel that Thomas was ready. The one holding on, of course, was me.

Fear to disrupt our routine was definitely my number one (valid!) concern, but there was also fear of breaking the bond that’s been so strong for two years. After all, breastfeeding isn’t just about feeding your child, it’s heart work. It’s hard and exhausting, but there’s a certain intimacy that comes with breastfeeding — this is something only I can do, this is a ritual shared solely between me and the child — and ending that doesn’t come easily.

When Thomas was complaining and asking for milk, I pulled him closer to me and continued singing; working to convince both of us that we were not breaking the physical and emotional bond we had built through breastfeeding, but building upon it.

Eventually he relaxed in my embrace, and went to sleep. 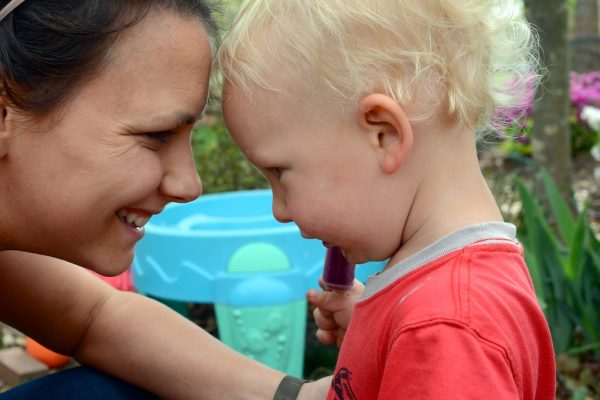