I’ve been putting off this post for a long time.

There are two reasons. First, I have a lot to say. A lot. Second, I’m not sure how to say it.

I could not, would not allow myself to neglect my sweet little middle child her birthday post. Instead of foregoing, I’m just going to smash it together and hit publish. What you’re reading is my best attempt to sum up my little girl at three. But let me warn you, I do a terrible job.

A quick note — Mary Virginia is now three and eight months,  and she’s changed a lot. For example, she would want me to tell you that her hair is now much longer than in these old photos. As you read, keep in mind that I wrote this based on notes I took when she turned three years old. 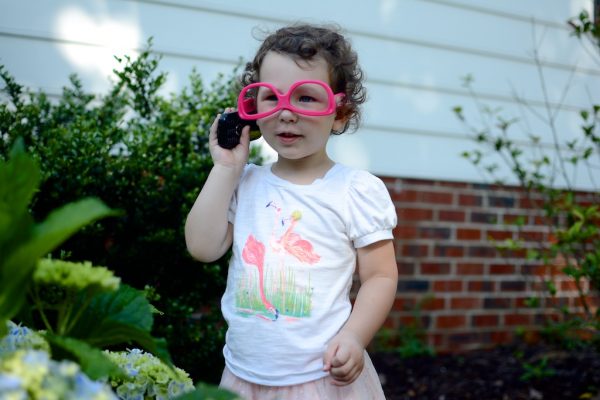 Mary Virginia is dramatic, smart, emotional, hilarious, and sensitive. She loves ducks, princesses, and stuffed animals. Her favorite food group is Popsicles and her love language is lotion. But most of all, she is complex; a complex little curly-haired girl who everyone can identify with, especially me.

People often comment on the blog or on social media that they identify with Mary Virginia, that she is their spirit animal. Strangers, too, who overhear her talking, stop me to laugh and agree with her frank observations. She has an intangible, ineffable quality that draws people. Whatever it is is the exact same reason it’s taken me eight months to write this post. 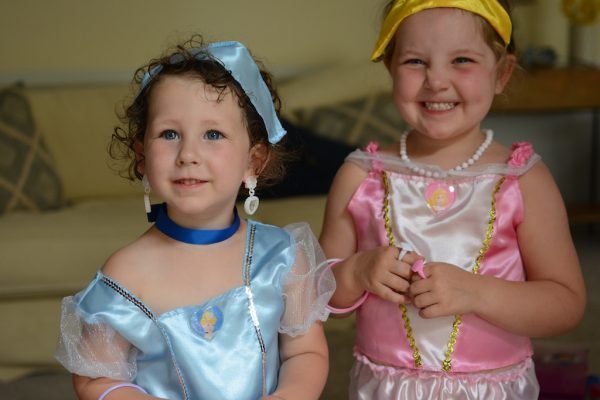 The very very first thing you need to know about Mary Virginia is that she is extremely verbal. Mary Virginia DOESNOTSTOPTALKING. I don’t know why, but listening is more exhausting for me than talking is for her. She starts talking the moment she wakes up and spends the whole day sucking up the word-quota for our entire family. When she has to go to the bathroom, she talks the entire way there and sticks her head out the door so she can keep talking. When we read books, I can barely read because she interjects so many questions and observations. When she’s tired, she curls up on my lap and says, “Mommy, what do you want to talk about?”

People often ask if I write down funny things she says and the answer is a resolute NO. I don’t because there’s just too much material. If I wrote it down I’d fill all the notebooks and scraps of paper in the house and eventually have to wallpaper the walls with Mary Virginia-isms.

One day I tried it, and these all happened before 8 a.m.:

I’m constantly amazed at her ability to pick up new words and even inflections. Her vocabulary is astonishing, and anytime I wonder, “WHERE DID SHE PICK UP THAT ATTITUDE?” I find out a later when I hear myself say the exact, unacceptable, phrase. 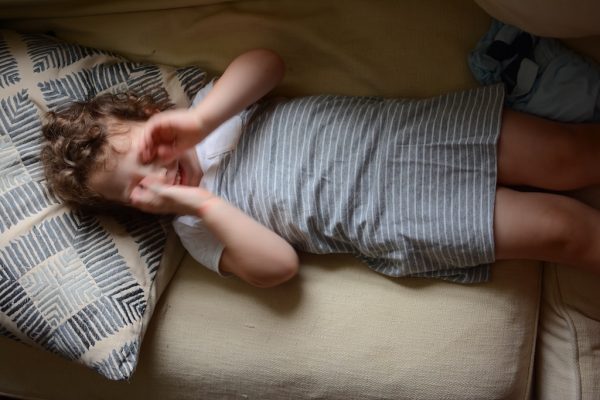 Mary Virginia is dramatic the way only little ones can be dramatic. If you’ve ever heard someone say that and wonder exactly what they mean, here’s a story:

On Mary Virginia’s birthday we were outside playing when Mary Virginia found a little hunk of glass in the dirt. She picked it up and, of course, nicked her finger. Mary Virginia is the most delicate flower in our garden, and so whenever something like this happens I have to resist the urge to wish it had happened to someone a little tougher, a little more mature. Like her baby brother. Or David, who cried less after a bee sting than Mary Virginia does anytime I try to put socks on her.

Anyway. Back to the story.

She started crying, so I wrangled everyone inside. By the time I washed her hands, I couldn’t even find the cut because it was so small. Then she started screaming because I couldn’t find it, as if that’s not a good sign. Because if it’s not on my finger THEN WHERE IS IT???? As if the teeny tiny cut was a parasite that crawled off her finger and straight to her brain.

That’s not what happened. What happened was that there was never an actual injury. 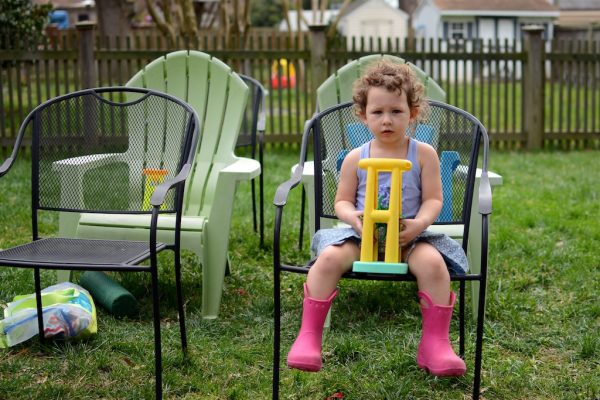 Mary Virginia is a little know-it-all, and she can get away with it because when you are three and have curly hair, precociousness is adorable.

She considers the two of us equals, so much that when she overhears me talking to David about getting a consequence for his actions, and she immediately pipes up with an idea.

When I tell her it’s time for her nap, she replies, “I already know that!”

The kids asked if they’d ever been there before, and I said no. Immediately Mary Virginia disagrees. She’s been there. She knows all about the Science Museum of Virginia, but thanks for the pep-talk, Ma.

I joked, “Oh! Well if Mary Virginia knows about the museum then she can tell us how to get there!”

She doesn’t miss a step, from the back seat she instructs, “Just keep going the way you’re going!” 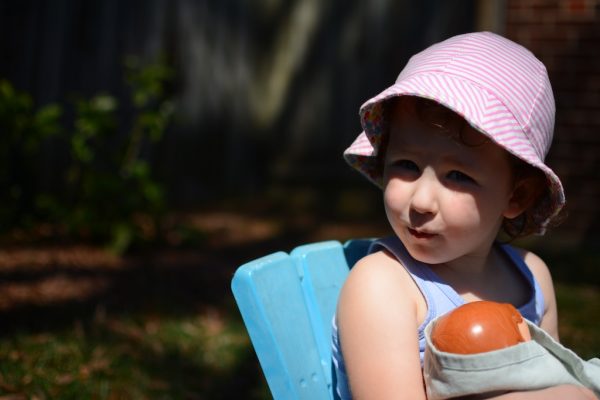 Mary Virginia loves clothes but hates getting dressed. She won’t wear pants, not even Hanna Andresson leggings that are the softest and also most expensive pants in the toddler world, not even after I tell her they’re sewn with thread made from a unicorn mane. She likes fancy, twirly, sparkly. She does  not like socks.

Mary Virginia has always hated baths, and she she still hates to get her eyes wet. In the pool she stays above water, and anytime we wash her hair it’s done with a lot of negotiating and a lot of tears. 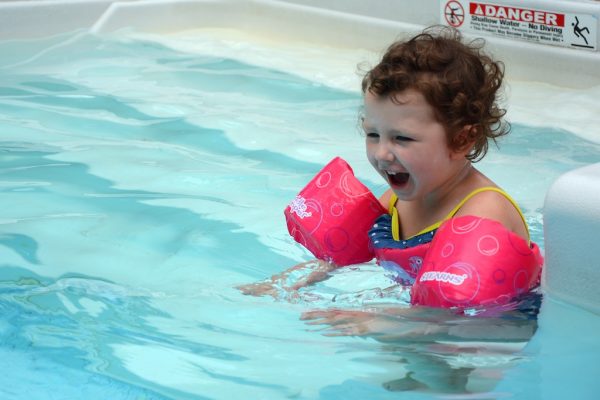 Mary Virginia is quick and clever, and smarter and funnier than anyone I know. And precocious. Have I mentioned she’s precocious?

She’s also sweet. She calls me her girlfriend and she loves when we match. Even when she has on a pink dress and I have on a pink hair tie, she could bust from all the matching. 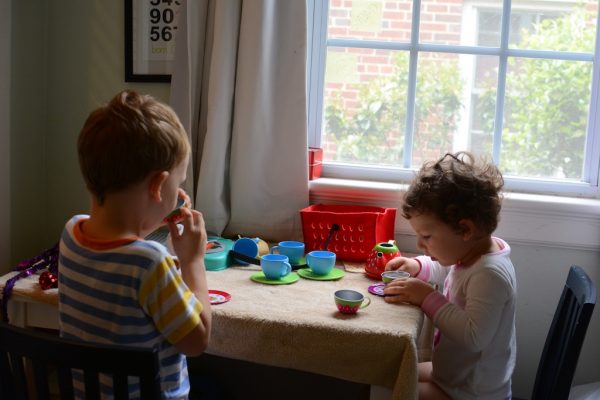 Once I wrote about her curly hair, and I forwarded the post to a friend of mine who has curly hair. “Any advice?” I asked.

“Whenever people singled me out as a child, it made me feel uncomfortable,” she said. “My mother always responded by saying that she loved the quality the stranger had pointed out. It made me feel so affirmed.”

The advice was incredible. I was hoping she’d give me tips about Moroccan oil or  conditioners and instead she generously taught me about the fragile heart of a little girl. 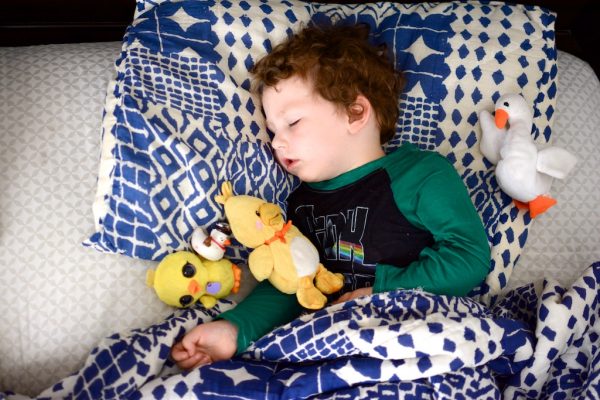 Mary Virginia the child who is most like me, and the one I seem to struggle with the most. I can recognize almost all of her frustrating qualities because I see them in the mirror every day. And somehow that doesn’t equip me to deal with them. I constantly wonder about her, what is best for her, and question my choices and responses. Does she need stricter boundaries or more grace? Should I push her toward independence or draw her closer? When she is demanding and inconsolable in a fit of little-girl-rage, does she need discipline or to be held?

I think there isn’t just one answer. And I think that’s the hard part — about being a parent, and about being three. 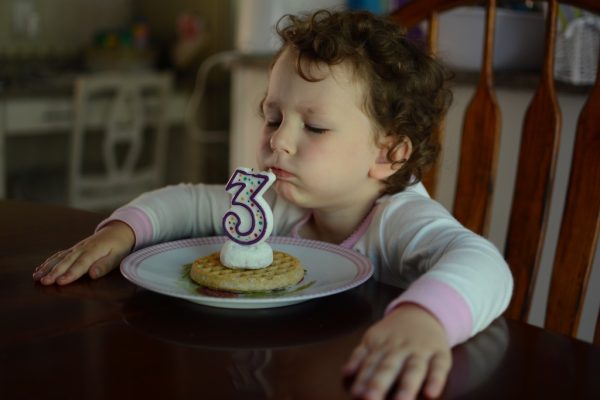 More than anything, I want you to know what a delight you are. You are funny, smart, creative, thoughtful, and you have curly hair. My best girl.

One day you got your dress dirty so you couldn’t wear it anymore. You absolutely lost it and started screaming and crying so much you were choking. I tried to calm you down but you weren’t having it. You wanted to wear a dress that was unwearable. I hugged you, sang a song, tried to distract you with a story, helped you take deep breaths, and then I sat you on your bed and told you to sit there until you calmed down. But you did not. You just kept crying.

Eventually I held both of your shoulders, looked at you and said, “Mary Virginia! This is not a big deal!”

You stared crying harder, and between sobs you screamed at me, “MOMMY IT IS A BIG DEAL!”

In that moment I looked at your tears and thought of myself — myself as a child, a teenager, and even as an adult. I thought of all the times I’ve cried about big deals and about things that were absolutely ridiculous. And in those times I haven’t wanted someone to tell me to breathe, or to distract me. I definitely haven’t wanted them to tell me that my problem wasn’t a big deal.

I just wanted someone to hold me. So that’s what I did.

Why did I tell you that story? Because I want to remember, and I want you to know. I won’t always understand your sweet heart, but I will always hold you.